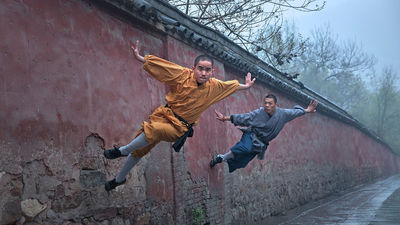 If you ask " Baoshan Shaolin (Shaolin Temple)", there are many people who imagine Buddhists manipulating superhuman martial arts wearing orange robes. There are also films like Shaolin Temple and Shaolin Ken like Shaolin Soccer , and the brand "Shaolin Temple" is producing profits of several hundred million yen a year. RADII Media is approaching to the unknown actual state of such Shaolin Temple.

Fact vs. Fiction: Truths from Inside the Shaolin Temple | RADII Media
https://radiichina.com/fact-vs-fiction-truths-from-inside-the-shaolin-temple/

Shaolin is a temple that existed in the present China and Henan Province around the 5th century and is said to be the birthplace of " Zen " which spread to Japan later. If you ask Shaolin Temple, it is the Chinese fist law 'Shaolin Ken' that is crossing the head, but there are various opinions as to why Shaolin adopted martial arts. The most widely known is " Tamuma , an Indian Buddhist priest, brought kung fu to Shaolin when walking around China to spread Buddha's teachings."

According to tradition, when he came to Shaolin, he saw a monk who had become poor as a result of spending a huge amount of time on meditation. After that, Tamakura retired to the cave at the foot of the mountain and continued zazen towards the wall for nine years. Tamaki who came out of the cave after the long period of sitting is writing a textbook " Koushinsei " for physical condition management, which is said to be the foundation of Shaolin Ken. Such Shaolin Temple is now a tourist attraction of China and Henan Province, and it is also registered as a UNESCO World Heritage Site. Shaolin Temple just worships billions of dollars annually, and based on that fund, Shaolin is said to be involved in the management of over 40 foreign companies. Against such a background, Yoshinobu Etsuyoshi , the thirtieth senior citizen of Baoshan Shaolin Temple, is sometimes called "the CEO of a priest."

Adan Kohnhorst , who was learning Shaolin Fist since the middle school, seems to have imagined a monk who stands tough training from Shaolin and Shaolin Ken. Therefore, when I am keenly training Shaolin Ken, when thinking that "the monks are going to do more harsh training," when faced with the dilemma of morality and discipline, "If you are a monk of Shaolin, "What do you do?"

And one day more than ten years have passed since I started learning Shaolin Ken, Mr. Kohnhorst is invited to the government of Henan Province, heading for Shaolin Temple of Shaolin Fist and getting the opportunity to learn kung fu from authentic monks. It is exactly a dream come true for Mr. Kohnhorst that he was absorbed in Shaolin as children around the world are passionate about Sponge Bob when young.

Shu Yanbo, a monk who monitored training when he went to Shaolin to study abroad, said, "Shaolin Temple has Africa, Europe and America and many foreigners come every year, they are all over the world We train for one to two months, but the training of foreigners and the training of our monks are not exactly the same.The commitment of our training is much larger, while foreign students I come here in the afternoon and do simple drills, and if they adore us, they will get up at 4:30 every morning. "

Actually, Kohnhorst also said that Kohnhorst, who has been making efforts for 10 years to understand Shaolin culture, got up at 4:30 every morning and could not jog a mountain. 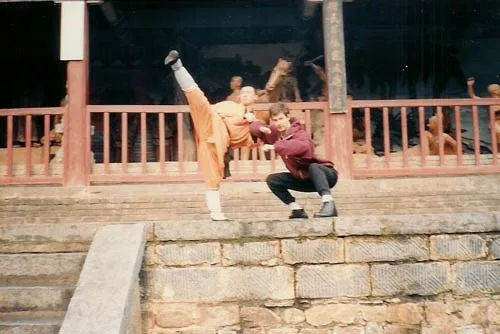 Of course some foreigners seriously receive long-term training. Mr. Matthew Polly, a writer who became the first foreign student in the 1990s for Masanaga and Mr. Matthew Ahamet from Britain, became famous as "Shaolin Temple's only non-Chinese disciple." Other 14-year-old German students who were talked about as the first foreign disciple in 1989 and Harsh Verma , an Indian former football fan in India who moved to Shaolin Temple due to his knee injury in 2016 are examples It is cited. Everyone is aiming to become a star as "the first foreigner", but this is "It is possible because most people do not know much about Shaolin," Kohnhorst points out It is.

◆ About the image that the monk of Shaolin is a lonely and practicing in a minimalistic life <br> The life of the monk of Shaolin, "Waking up in a room without electricity, wearing an orange robe and pushing a wheel Some people may imagine that they go to the river with water for morning porridge. However, in fact, I purchase garments that I can wear at Shaolin in training at Taobao . Also, it is possible to video chat using the OPPO smartphone, a Chinese electric equipment maker.

Gao Weizhen, one of the monks who supervised when Mr. Kohnhorst studied at Shaolin, handed over his smartphone to Mr. Kohnhorst and answered questions from 1.2 million followers via video chat That's right. As you can see, the monk of Shaolin does not seem to be completely living away from modern comfort. Of course there is a strict discipline in the life in Shaolin, there is a winter heating, a summer air conditioning, and a life not related to a huge shopping mall, but this is not minimalism, not much wealthy in China It is the reality of people living in Henan Province, one of the regions.

About the image that the monks of Shaolin do training of kung fu and Buddhism <br> Shaolin There are two kinds of monks in Shaolin Temple. One is a monk as a warrior to do Shaolin Ken's work and the other is a monk as a scholar who studies Buddhism. Mr. Yanbo who supervised Mr. Kohnhorst's study said that he is a monk who studies as a warrior, but he also pays great respect for monks as scholars.

"The monks as warriors practice kung fu every day, our focus is in physical education, whereas monks as scholars spend a lot of time reading, sitting in meditation, meditation, Meditating to enlightenment and it is their purpose, but the monk as a warrior simply learns kung fu and endeavors to make the skill, "the difference between the two monks I explained it.

Of course, the monks of Shaolin are equally learning Buddhist teachings, but about the nuances, principles and practices of Buddhist philosophy are areas that monks can master as monastic scholars. Actually, when Kohnhorst asked for a kung-fu pose to a monk as a scholar while photographing a picture in Shaolin, she said that "I do not know Kung Fu" was returned.