Google resolved with a settlement amount of about 600,000 yen against the complaint that 'Google treated it as a terrorist' 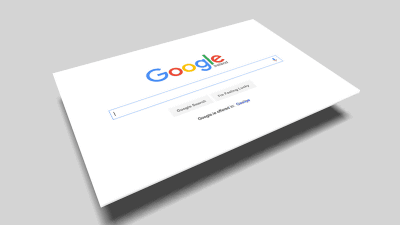 In response to a man who was treated terrorist by a business contracted by Google and protested against Google's insufficient response, Google canceled the contract with this person and paid 4000 pounds (about 580,000 yen) It has been reported that you were paying.

The man who complained about the damage was a man named Ahmed Rashid (kana) living in the UK. As you can see from the name, Mr. Rashid is a person with Arabian roots, and has been raised in a family line derived from Morocco.

As a contractor contracting with Google, Mr. Rashid said that he was engaged in measuring the intensity of Wi-Fi radio waves set up by each tenant at shopping malls in various parts of the UK. This is to make it possible to correctly acquire the location information of Google Maps based on Wi-Fi radio waves even in places where GPS does not arrive, such as in a building etc. In the case of work, several people become one team , Work that goes back and forth in the mall with smartphone and notebook PC occurs. In the course of work, Mr. Rashid has a ban on excuse not to reveal that the facility is visiting the store as a business of Google, even if the security staff were able to speak the contents of the action It seems that I could not explain it honestly. Therefore, Mr. Rashid was caught by security guards at several shopping malls, he said that he was forced into a situation where he could suspect himself every time. Although Mr. Rashid reported the matter to Google, Google said it never responded to it.

It is said that Mr. Rashid has great Arabic roots in this problem. A man who worked with a team with Mr. Rashid told him he could not hear from the security guard at all, but it is believed not to be unrelated to the fact that this man is white.

It is not very common for people to have smartphones and laptops in shopping malls and to visit the same place many times back and forth. It would have been better to explain "We are conducting investigations under the consignment of Google", but according to Mr. Rashid, it is prohibited to explain it, and Mr. Rashid is the Arabian roots Because there was a clear state to have, there are cases in which Rashid and others are suspected as "terrorist" in stores. By Jobs For Felons Hub

However, this is probably the biggest problem that the security staff who warned Mr. Rashid et al. Was not wrong, but a situation where satisfactory explanation could not be made against the doubt was made. Mr. Rashid asked Google to provide a badge indicating that he is a stakeholder in Google, but Google refused. And on September 26, 2017, Rashid, who was told by the security officer at a shopping center in Ramford, a suburb of London, that he had received an interrogation, was canceled by Google within that day It is said that.

Mr. Rashid received 4000 pounds (about 580,000 yen) from Google following the termination of the contract and signed a foreign banning clause concerning this matter. However, in response to the occurrence of a large scale strike movement inside the Google company centering on the sexual harassment problem, I talked to the Guardian in my heart that I decided to call out to him. 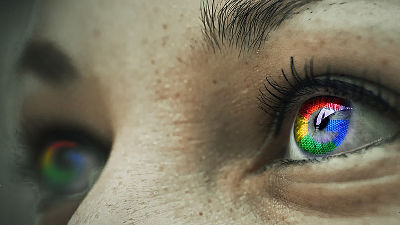 Google acknowledged payment of money on this subject and commented that he did not take the wrong action. A Google spokesperson said in a statement: "All employees and contractors have clear guidelines for the projects involved and their roles, and work with Google's request We are instructing you to explain honestly that there is something. "