'The recent youth are no longer having sex with their lover' Cabinet Office , the total fertility rate in developed countries tends to decline, and it has been found that the total fertility rate is less than 1.5 even in Asian countries with rapid economic growth, including Japan. Many developed countries as well as Japan have the problem of declining birthrate and aging population, but one of the reasons is pointed out that there is 'adolescent sex loss'. The Atlantic explains why young people have lost sex with their partners.

From 1991 to 2017, according to the Youth Risk Behavior Survey by the Centers for Disease Control and Prevention, the percentage of high school students who had sex was 54% in 1991, but dropped to 41.2% in 2015 I understand that. Also, the pregnancy rate for teenagers has fallen by a factor of three compared to 1991.

The decline in sexual life is not just a decline in America. In relatively wealthy countries, age delays and reductions in the first sex experience have been reported. For example, in the Netherlands, the median age of first sex was 17.1 in 2012, rising to 18.6 in 2017. Also, while a survey in the United Kingdom has shown that people between the ages of 16 and 44 have sex at least six times a month on average in 2001, but five times a month in 2012 It seems to have dropped to less than.

The decline in sexual life is also seen as a major problem in Japan. In 2005, it turned out that about one-third of singles at 18 to 34 years of age had never had sex. Also, 43% of singles aged 18 to 34 said they did not intend to get married. The term 'herbivorous boys', which refers to adolescents who are negative about sex, was also introduced with surprise in overseas media. Yet another survey shows that 47% of married people have not had sex for at least a month. The Atlantic listed the following five reasons why young people spending romantic nights with their lovers are decreasing:

◆ 2: Hook-up culture established
It is said that 'normalize' is centered on university students in the United States, 'How to deal with hook-up'. Hook-up is a way of getting along well with you at a drink seat, but ending the relationship on an ad hoc basis. Of course there are things that become physical relationships, but most of them are overnight. According to a (PDF file) study by Stanford's sociologist Pola England, American college students on average experience hookup 4 to 7 times, 30 to 40% of which will develop into physical relationships, More and more young people are satisfied with the overnight relationship rather than making it.

◆ 3: appearance of dating applications such as Tinder
Along with the spread of smartphones such as Tinder, Bumble, and OkCupid, dating applications have also spread. In the dating app, heterosexual face photos and profiles are displayed, and if you are interested, swipe the photo towards 'interested'. And we exchange messages on the spot and attach the promise of a date. The Atlantic, published by Tinder in 2014, states that these dating apps promote ad hoc casual sex. ◆ 5: Inhibition
Among young people, it is said that more and more people are uncomfortable with seeing their nakedness to others. The gym owner told The New York Times that old men over the age of 60 are totally naked but they don't care at all when taking a shower in the group, while young people under the age of 30 take showers. There are many cases where underwear is put under the towel, and fitness facilities throughout the country seem to be rebuilding the locker room from an open one to a private room base in response to the needs of young customers. 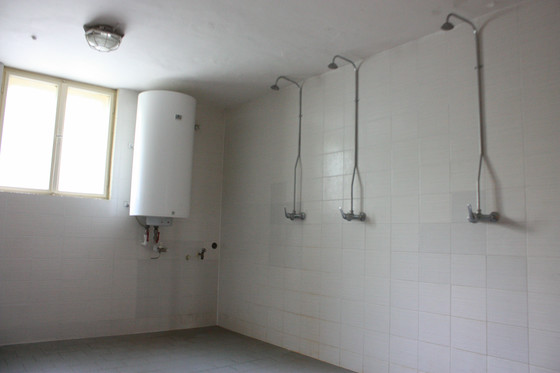 Also, according to a Dutch survey, men who watch pornographic content more often were more concerned about their penis size and hair depth. The Atlantic argues that these mental problems such as distress, anxiety and depression have led to a decline in the sexual desire of today's young people.