The last command 'Goodnight' was sent to the 'Kepler Space Telescope' that proved there are more planets than galaxy stars, and finally the mission completed 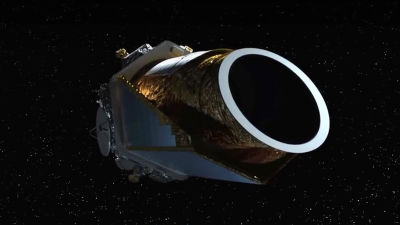 " Kepler Space Telescope " developed to aim for the discovery of planets outside the solar system (exoplanetary planet) has achieved results far exceeding the goal, such as discovering more than 2,000 exoplanetary planets. The last command "Goodnight" was sent to the Kepler Space Telescope, and the operation lasting nine years was ended completely.

Kepler Space Telescope newly discovered 1284 extrasolar planets, 9 of which have the possibility of existence of life forms - GIGAZINE 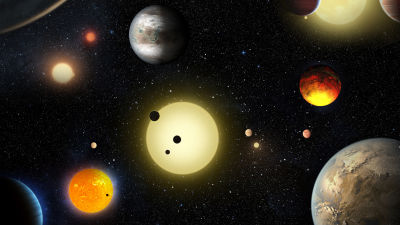 The Kepler Space Telescope drifting in outer space about 94 million miles (about 15,000 kilometers) from the earth at the time of article creation was originally supposed to be operated for 3 and a half years. The Kepler Space Telescope launched in March 2009, after discovering the first extra-planet at the end of the year, discovers extra-exoplanets one after another and finds that in the environment where water can exist in liquid "Habitable Zone" We discovered the planets and so on, we got results successively.

In 2012, one reaction wheel for attitude control failed but operation continued, and one more reaction / wheel broke down in 2013. Although investigation was considered, the problem was solved by creating a new posture control method such as devising rocket engine jetting method or utilizing solar light pressure, which greatly exceeded the original schedule 9 With more than a year's operation, we found 2681 exoplanets. We proved that more planets are in the universe than the number of stars in the galaxy where human beings are in, such as outperforming expectations.

Although the Kepler Space Telescope boasts a brilliant achievement, NASA decided to terminate its operation on October 30, 2018, as it has exhausted the fuel (propellant) hydrazine. For the Kepler Space Telescope far away from the Earth, we disabled the safe mode which could accidentally restart the system, shut down the transmitter and cut off the communication. The last command to inform the completion of the mission is "goodnight" (good night), it is said that it was issued from Kepler's operations center of the University of Colorado.

Although Kepler Space Telescope received the goodnight command on November 15, 2018, it was strange that this day was the death of the German astronomer Johannes Kepler who discovered the law of celestial movement.

NASA enumerates its achievements in closing the operation of the Kepler Space Telescope.

· Prove that there are more exoplanets than the number of stars in the galaxy · 20 ~ 50% of the stars looking in the sky are in the habitable zone and possibly have small planets made of rocks like the earth Discovered that there are various types on the planet · Successful observation of more than 500,000 stars in 9 year operation

Also, movies with comments on the achievements of the Kepler Space Telescope by NASA and other researchers in astronomy and space engineering have been released.