NASA announces the end of the mission of the Mars probe 'Opportunity', ultra long term mission of 60 times the initial plan finally finished 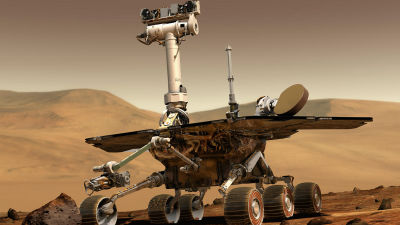 To the robot who turned 90 days into 15 years of exploration:

You were, and are, the Opportunity of a lifetime.


The Opportunity launched from the Cape Canaveral Air Force Base in Florida, USA on January 24, 2004, landed in the Meridiani Planum area of Mars seven months later. 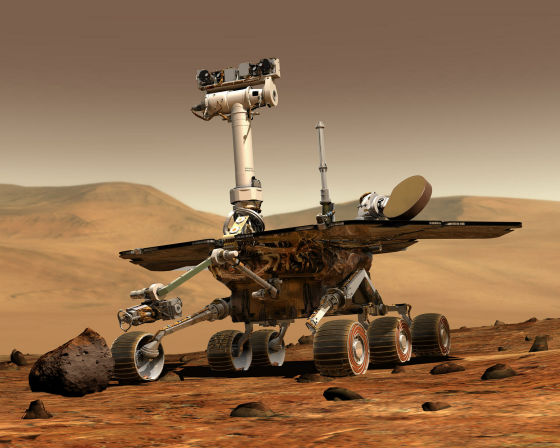 It was an Opportunity that was scheduled to explore the surface of Mars by running 1100 yards (about 1000 meters) in 90 days, but it demonstrates endurance and durability far beyond the expectations of NASA scientists. I have also cleared many difficult scenes and have continued my duty with full creation.

Why has the Mars unmanned aircraft that should stop in 90 days keep moving for 10 years? - GIGAZINE Opportunity has taken over more than 217,000 photos taken with a 360 degree camera to deliver it to the earth and also succeeded in analyzing the surface of 52 rocks in detail, and hematite which is a mineral produced in the water We have continued to make a brilliant achievement, such as discovering signs that water existed on ancient Mars.

Self portraits by Opportunity Solar power generation became impossible due to the sandstorm occurred on the surface of Mars in June 2018 after more than 14 years of arrival from Mars, and several thousand times of recovery command was sent, but at last the communication ceased. And on February 12, 2019 the last resurrection command was sent but it did not succeed and NASA eventually decided to end the mission of the Opportunity. The record of the Martian exploration of the great Opportunity can be confirmed in the following movie.