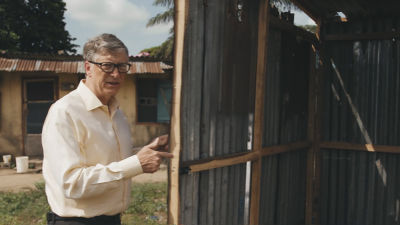 Mr. Bill Gates, founder of Microsoft, conducts various activities around the world through the Charity Foundation's Bill & Melinda Gates Foundation . In my own blog, I explained about " How India is trying to confront human fecal issues ", but I will explain again about why the world is trying to improve the toilet, which leads to it It is.

Why the world deserves a better toilet | Bill Gates
https://www.gatesnotes.com/Development/Sanitation-showcase

Bill Gates said he may have traveled all over the world to see the toilet. The reason is that public health is one of the most important issues that human beings should address. Speaking of why public health is an important problem, more than half of the world's population uses sanitary facilities that are not safe, and there is a problem that feces are not safely processed even in places with a toilet From. If feces are not properly treated, the pathogens generated therefrom spread out from the sewage and there is a possibility that epidemics etc. will spread.

Diseases caused by water contaminated with feces are said to cause deaths of more than 500,000 children under the age of 5 every year . Even if you survive in it, there are many cases that children are sick due to inadequate sanitation facilities and you can not go to school. Regarding these circumstances, Mr. Gates expresses, "It is not an exaggeration to say that deficiencies in sanitation facilities retreat communities and the whole country." 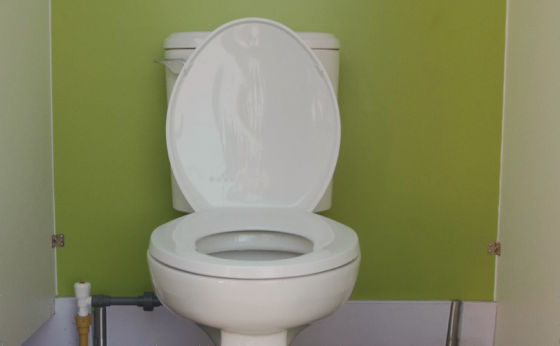 According to Gates, in order to safely dispose of faeces and prevent the pathogens from entering the outside environment, "It is historically shown that sewerage is the best way". However, how can safely process feces in countries and areas that do not have such sewers? When it comes to that answer, Mr. Gates seems to be "a toilet that can handle feces yourself."

To invent such a new toilet, the Bill & Melinda Gates Foundation launched " Reinventing the Toilet Challenge " in 2011, and that various technologies born from here have already been prepared for licensing Gates reveals. With Reinventing the Toilet Challenge, engineers, scientists, companies and universities around the world are struggling to develop new toilets, and the results are exhibited in the world's most high-tech toilet exhibition in Beijing, China Reinvented Toilet Expo "will be exhibited.


It shows you how "toilets that can process feces by yourself" displayed at Reinvented Toilet Expo work in the following movie.


Of course there is only one toilet that has been created in the Reinventing the Toilet Challenge. From the toilet using solar power generation ...... 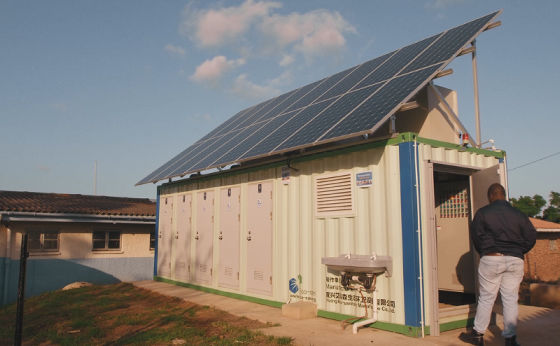 When opening and closing the lid, the screw separating the liquid from the solid moves, and the gasifier converts the solid matter to ash and heat and uses that energy as the power source of the toilet. Each toilet was created to solve the same problem of "public health", but its approach is quite distinctive.

What is the big theme for these next-generation toilets is "How to convert feces to useful things?" The next-generation toilet called "EcoSan" extracts clean water from feces and diverts it for hand washing. In the system developed by Duke University, water extracted from feces can be used to flush the toilet and fertilizer can be produced from feces. In addition, the generator developed by the University of South Florida can collect methane gas that can be used for cooking and heating from feces.

Another approach is to burn feces and treat it. Its representative is Janicki's reinvented Firelight Toilet, which can dry manure into sterile ashes and water.

Of course these next generation toilets are much more complicated than ordinary toilets. A picture of the maintenance panel that is used to operate the toilet is that it is clearly understood. However, in actual use it can be used for the same toilet as an ordinary toilet. Complex processes such as fecal processing are done on the invisible side of the user. The toilet has not changed for more than a century and even if you go back in time until the mid 1800's you can find a toilet that works like a modern flush toilet. The toilet on display at Reinvented Toilet Expo said that even though it looks the same, it features the latest technology to draw a line with the previous toilet as a function, Mr. Gates said, "It's not an attractive gadget, It has the possibility to save millions of lives ", emphasizing the usefulness of the next-generation toilet.

Although the contents are the same, there is also a movie released by Mr. Gates that talks about the necessity of a toilet in his own mouth.