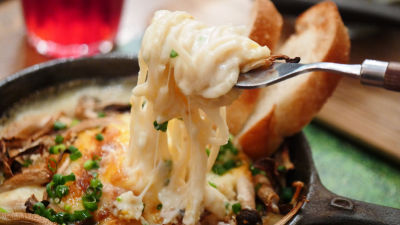 At ' MILK CAFE, ' which claims Japan's first 'fresh cream specialty store', 'rich creamy doria' that uses plenty of cream in addition to fresh cream sweets is offered. It is said that three new types of ' pasta doria ' are offered only at the Harajuku store, so I checked the taste of the creamy pasta + doria collaboration.

A 8-minute walk from JR Harajuku Station, we arrived at the milk cream specialty store 'Milk Cafe' Harajuku. By 18:00 when the sun went down, the interior was illuminated with warm-colored lights.

Like a fresh cream specialty store, there is a beef figurine near the entrance.

Next to the figurine, there was a signboard of the pasta doria menu limited to the Harajuku store.

So I entered the store and ordered pasta doria limited to the Harajuku store. There are three types of pasta doria limited to the Harajuku store, all with salad and soup. 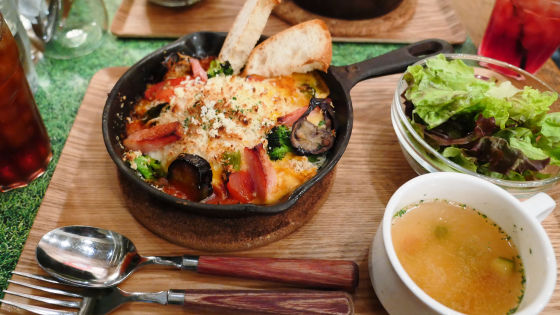 This is ' pasta doria with plenty of vegetables and tomato sauce ' (1280 yen including tax). Served in a hot frying pan. You can also set a drink for pasta doria for ¥300. 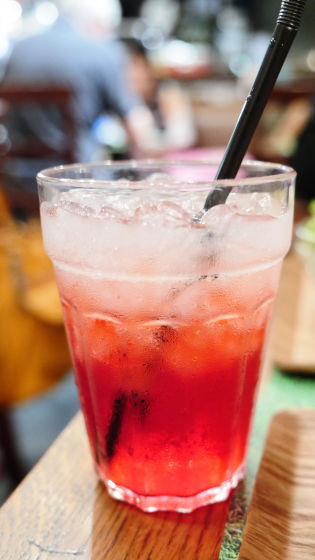 On the surface of the doria, which is dusted with browned crumbs, there is bacon diced into large pieces. It is slightly browned. 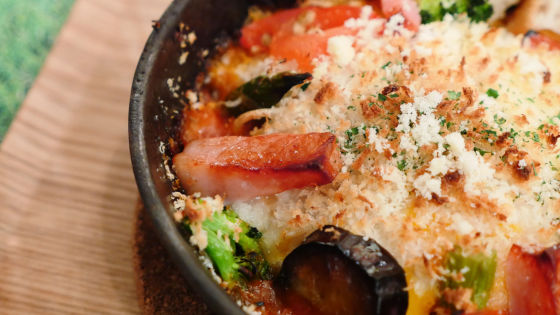 Broccoli and eggplant with grilled eyes. 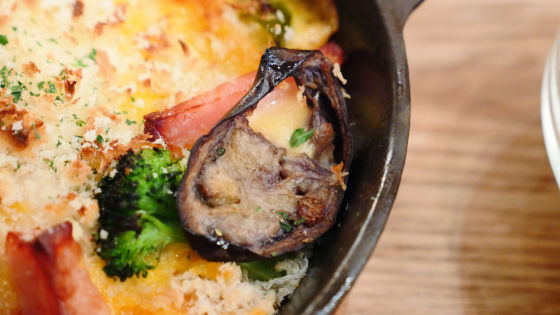 The baguette is also baked to the extent that it is brown. Put the fork in the doria and the pasta will entangle with the creamy sauce. Cheese that draws threads. White sauce containing melted tomato is mixed with plenty of fresh cream, and pasta has a sweet taste with creamy sweetness and a mild acidity. The more you pull the string, the more cheese you have combined, and the rich creaminess that is a bit different from the general image of 'cream pasta'. The cream mixed with tomatoes goes well with baguettes. Unlike general Doria, there was no rice. By the time the creamy pasta in the center was gone, the iron plates had begun to get cheese brown. This creamy cheese is perfect. When the sauce of Toro Toro is flattened, it is a charred cheese left on the iron plate so that it sticks. The cheese scraped off with a spoon is delicious as it has a crispy texture and aroma. Unintentionally, I wanted to make an unreasonable request, saying, 'Can you just provide this charred cheese...?' The salad with creamy pasta doria is lettuce only, but the sourness of the French dressing is firm and refreshing, and it goes well with pasta doria. 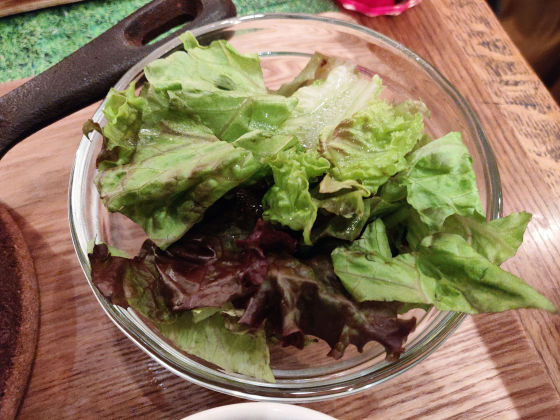 Also, for the consommé soup that comes as a set... It has celery in addition to onions, paprika and zucchini, giving it a very rich taste. Zucchini and paprika had a fluffy texture and kept the taste of vegetables firmly. Butter is on the surface of the doria, and it begins to melt due to the hot iron plate. Soy sauce is used for seasoning and green onions are sprinkled on it, so it looks like a Japanese style. Three kinds of mushrooms, 'Shimeji', 'Eringi' and 'Maitake' are scattered around the iron plate. 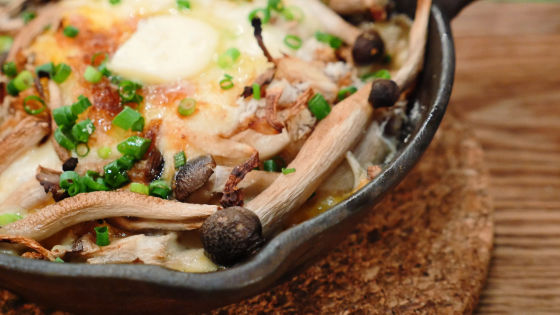 If you put the fork in the heat, the cheese will entangle the thick sauce, which is also entwined. When I tried to eat it, the cream sauce unique to a fresh cream specialty store was milky, but it had a refreshing taste. Every time the mushroom is brought to the mouth, it is accented, and there are many variations in how to eat it, such as putting the cheese and cream sauce on the baguette. By the way, among the three kinds of mushrooms, shimeji mushrooms were attached a little more. 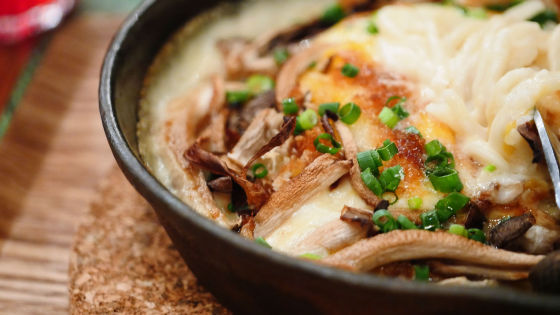 Completed in no time. An adult man felt a little unsatisfactory and wanted to order fresh cream sweets. There is also another type of pasta doria limited to the Harajuku store, 'Arabita Pasta Doria of Crispy Lotus' (1380 yen including tax). It was a creamy, gentle and warm doria that made me want to complete it in the cold season.