Firefox ceases to support RSS and Atom, and feed functions are provided via add-ons 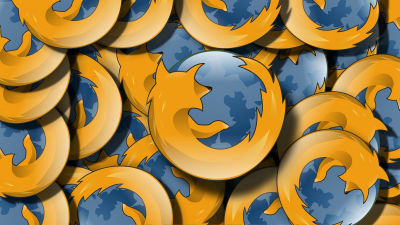 What happened to my Live Bookmarks? | Firefox Help
https://support.mozilla.org/en-US/kb/live-bookmarks-migration

As a result of stopping RSS / Atom support, Firefox's feed function and live bookmark function will be deleted, and these functions will be supported in add-on format in the future. 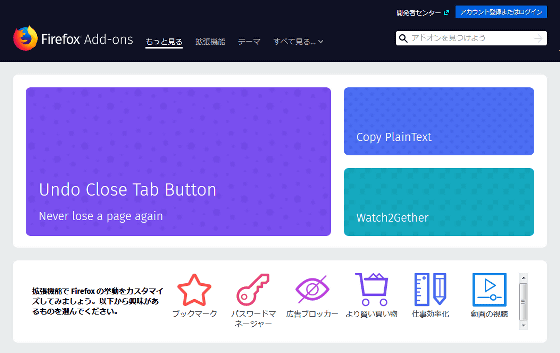 I can not maintain support of RSS / Atom As an example, Mozilla cites the live bookmark function, the bookmark database is very old and it is very slow, so it takes huge development time to raise it to the performance standard that Quantum expects It means that labor is needed. Likewise, because the feed function also uses its own XML parser different from Firefox itself, we have revealed the background of discontinuing support that we could not make an important update of styling and function in the past seven years I will.

When the live bookmark function is deleted, the information registered in the existing live bookmark is exported to the OPML file on the desktop so that it can be imported to another feed reader. Also, it is also possible to convert what is registered as a live bookmark into a regular URL.

In addition, as an alternative feed add-on, Mozilla lists the eight listed on the following page. 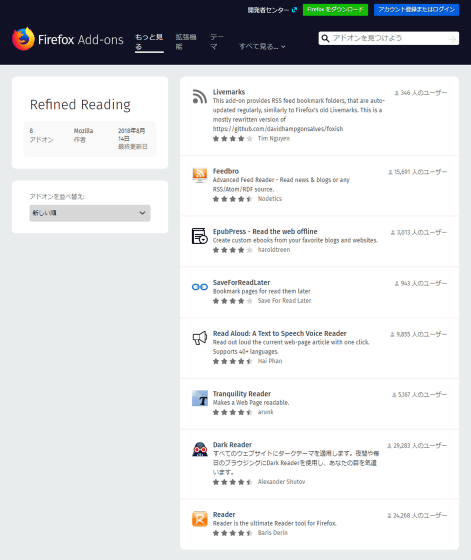