What is the safety that the Consumer Report evaluates and demands the performance of Tesla / Nissan / Volvo / GM semi-automatic operation system? 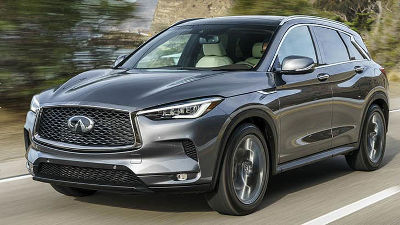 Consumer Reports (Consumer Reports) monthly magazine for consumers in the United States conducted performance evaluation of an advanced driving support system such as semi-automatic driving function. It was GM's "Super Cruise" that was chosen as the top, but it is done by a survey method based on a unique viewpoint that matches the fundamental problem of "what is the safety of a car?", It is interesting content to think about evolution should be.

The driver's driving support system of the driver has evolved day by day, such as cruise control, lane keeping, automatic braking function, and finally it is being developed for fully automatic driving function without driver's maneuvering.

Consumer Reports (CR) tested the safety of vehicles equipped with advanced systems sold by major automakers as of September 2018. For advanced driving support systems called so-called semi-automatic driving systems, we have adopted not only Tesla, GM, Nissan, but also Toyota and Mercedes · Benz, but this survey is relatively familiar to general users in the American market It is checked about the system of 4 manufacturers of GM · Nissan · Tesla · Volvo. 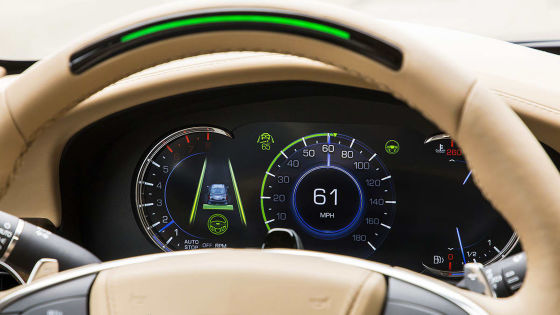 In evaluating the performance of an advanced driving support system, CR shows the idea that based on high reliability on safety, the driver itself is too dependent on the system itself is a risk to safety. For example, the appearance of an automatic transmission that does not require a clutch operation made driving easier, but as a result of enabling driving while talking with a cell phone at the same time, the driver's attention became distracted and it could lead to accidents It has created a danger. Likewise, taking into consideration that semi-automatic driving technology that is too convenient and comfortable leads to driver's carelessness and is a risk factor, CR performs various tests and evaluates comprehensively. Jake Fisher, Director of Testing CR CR said, "The best system is to balance safeguard and ease of driving the driver and reducing stress in the appropriate situation." I will.

◆ Automation function - Each system is tested for the degree of automation of "speed control" and "steering operation". Specifically, have you been able to stay within the lane (lane) correctly? "" Approach to the preceding vehicle "," Behavior at the time of interrupting the preceding vehicle "," Behavior when opening the front ", etc. are evaluated I will. GM's Super Cruise and Tesla 's Autopilot got an excellent rating on this item. Both of them definitely kept in the lane, and acceleration and deceleration were also comfortable. On the contrary, Nissan's ProPilot Assist and Volvo's Pilot Assist seem to have frequently seen deviations from lanes on winding roads and hillsides.

However, Nissan said, "Because we do not lose the engagement of the driver, we intentionally limit the lane keeping function." In view of the fact that if the control performance of the car is raised too much, in view of the fact that the driver may not be able to understand his / her role in driving, the driver is the main driver and the involvement of the driving support function should be limited, Volvo I agree with this. It seems that this time around, the difference based on the philosophy of the automobile manufacturer is reflected in the driving assist function.

◆ System ease of use
CR is evaluating the ease of use of the system such as whether the driver is "familiar with the system" or "whether it is easy to change the setting".

It is Tesla's Autopilot that gained a high reputation in this item, it is easy to switch to automatic piloting mode, and the driver's information on the situation recognized by the car's sensor on a dedicated display system is on / Off is also easy to understand. To the contrary, the systems of the other three companies need to take multiple steps to switch the driving support functions, and if they seem to be required to stop driving and operate, they are getting a low rating on UI. Nissan pointed out that diversion of the UI of the cruise control function of the past was pointed out, Nissan responded that "There is no claim from the user", Cadillac said "The system has been updated this spring and it is improved Cadillac gets feedback from customers and updates the system as necessary. "

◆ When is it clear what function to use?
About the driving support function of each system, "It is being tested when the driver is communicating in real time when the function should be used?"

To the contrary, Tesla's Autopilot, although it slowed down on a serpentine road with lane marking etc., but the function itself was activated, but the behavior disorder was confirmed. In addition, Nissan's ProPilot Assist and Volvo's Pilot Assist have been confirmed to be effective even in the slightly intense rain. CR gives a high evaluation to GM's Super Cruise which strictly limits the range that can be used with emphasis on safety rather than convenience. 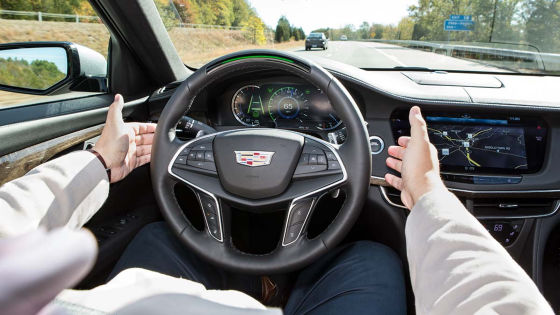 Also, concerning the "warning" issued when judging that the driver's attention is declining, GM's Super Cruise and Tesla's Autopilot are alerted following two kinds of visual warnings, It is assumed that compulsory measures such as automatically applying the brake and stopping it and lighting the hazard lamp are assumed. GM 's Super Cruise seems to have an emergency notification system and keep in mind that it will remain inactive until the system is shut down when it is shut down.

In addition, he touched on the time to issue a warning after judging the driver's attention lowering, GM's Super Cruise is 4 seconds and Tesla's Autopilot is 24 seconds. GM's Super Cruise which adopts strict standards is highly appreciated as "Expanding football field length by 4 seconds if traveling at 60 mph (approximately 96 km / h), six football fields in 24 seconds" doing. Furthermore, CR pointed out to Volvo that "Pilot Assist is being introduced under a web page that explains a fully automatic driving car that can run autonomously", "I point out that the user is excessive in terms of the performance of Pilot Assist Volvo accepted this criticism and seems to have taken measures to cut off the link between autonomous driving and Pilot Assist and prevent misunderstanding.

Evaluation of CR includes strict indications for automobile manufacturers, but with regard to the "transition period" technology until full automatic operation technology is born, "We should not give users excessive trust" It is required that the way of thinking is considered as one criterion for safety.