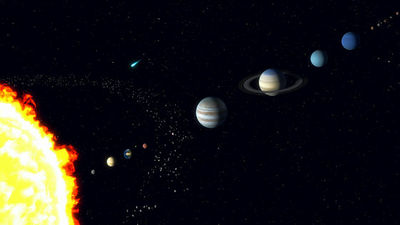 It is thought that there is an unknown celestial body called " Planet X " which is said to be revolving orbits farther than Neptune in the solar system. Attempts to find such a planet X are done by astronomers all over the world and during the exploration there was discovered a dwarf planet that revolves on the orbit which is far away from the sun " 2015 TG 387 ".

Search for Planet Nine Turns Up Dwarf Planet at the Edge of Our Solar System - Motherboard
https://motherboard.vice.com/en_us/article/j 54 dzp/search-for-planet-nine-turns-up-dwarf-planet-at-the-edge-of-our-solar-system

The 2015 TG 387 observed at the time of discovery and the sun are about 80 astronomical units (AU: the average distance between the earth and the sun is assumed to be 1 AU). Even among the planets of the solar system, 30 AU of Neptune, which is farthest from the sun, Even compared to 34 AU of Pluto , which was once counted as the planet of the earth, it has more than twice the distance. Among its very long revolution cycles, it seems that 2015 was particularly close to the solar system.

2015 Dr. David Soren , astronomer at the University of Arizona involved in the discovery of TG 387, said, "2015 TG 387 is considered to have thousands of dwarf planets that revolve around the sun, It is very difficult to observe because the distance from the solar system is too far.2015 TG 387 was able to observe because it approached the sun considerably in 2015, but 99% of the revolution period of 40,000 years is observed from the earth We are far away so far that we can not do it. " 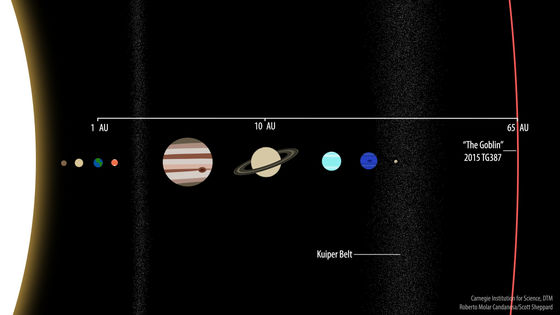 The orbital simulation of 2015 TG 387 conducted by astronomer Chadwick Trujillo , who studies the outer periphery of the solar system, found that the orbital is stable when assuming the existence of an unknown planet X with a massive mass. "The interesting thing we learned from the results this time was suggested is the existence of a large celestial body that affects the orbit of the dwarf of the solar system," says Trujillo.

2015 Scott Shepard , astronomer at the Carnegie Institute , the discoverer of TG 387, said, "The dwarf planet that circles the edge of the solar system like 2015 TG 387 is a clue to guide us to Planet X." I said. 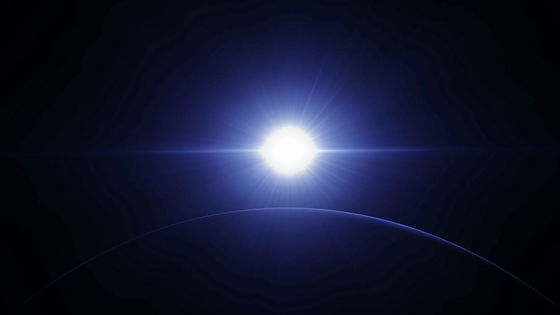 by Wake Up Freeman