How can residents protect themselves from 'surveillance applications' where the Chinese government forces installation? 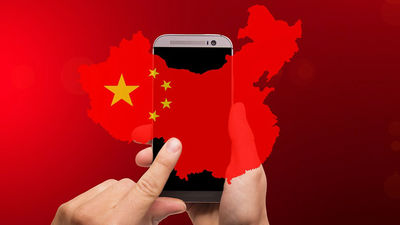 In the Xinjiang Uighur Autonomous Region located at the western tip of China, the Chinese government is reporting that the resident 's smartphone is forcing the installation of the monitoring application " JingWang Weishi ". Meanwhile, on the information security question site, a question "How can I protect privacy from surveillance applications forced to install?" Has been posted, and the answer to this is excellent.

"JingWang Weishi" is, smartphone owner of the SIM card of information · Wi-Fi login information Chat app " bicine (WeChat)" and SNS " Sina Weibo those that send and log of (Weibo)" to the server . People are being forced to install by the Chinese police and it is said that they will be detained for up to 10 days if they refuse to install the surveillance application. A person named "Citizen (citizen)" at the information security question site "Information Security Stack Exchange" says, "I know that I will be forced to install the surveillance application sooner or later, How can I prepare it? "Is posted.

Mr. Citizen mentioned the ideal as two ideas: "When the police checks it, the installed app seems to be moving normally," and "Do not spy on your information" as a condition I will. Also, because there is no room to contract a second mobile phone, adding that it is difficult to prepare a mobile phone to let the police check.

In answer to Mr. Citizen 's question, the following answers are received.

◆ 1: Do not leave undesirable data on smartphone <br> It is best not to try to escape from government monitoring by tampering with spyware, but do not do suspicious things using smartphones in the first place. We will manage files on PCs with high anonymous OS such as Linux Tails and keep photos, video and audio files in smartphone and not carry around.

Alex L, a respondent, insisted, "You should pretend to be a citizen to be obedient to the government," and said, "Do you want to endanger life by having files on mobile phones? I need a tough decision. "

◆ 2: Using a mobile phone with a dual boot function <br> Some smartphones have dual bootable terminals such as Linux and Windows other than Android. Even if you install the monitoring application on one ROM, it is pointed out that usually you can escape the spy by the application by operating the other ROM.

However, it is not necessarily a safe measure because there is a risk that the application will be tracking the dual boot itself, as well as the risk that it will be found by the police if you forget to switch the ROM. Moreover, the unusual point of a mobile phone equipped with a dual boot function also becomes a bottleneck.

◆ 3: Tamper with the server communication of the application
According to the information of Wikipedia, it is said that the monitoring application transfers data to the server using the HTTP protocol and does not perform encryption. Therefore, it is pointed out that it should be possible to tamper with the traffic of an application running in the background of Andoird and send data of another mobile phone. This method requires very sophisticated programming techniques, but it does not need to uninstall surveillance apps and should minimize the risk, respondent Pedro Gomes says.

◆ 4: Prepare the second mobile phone
Mr. Citizen said it was impossible because it could not afford it, but having the two types of mobile phones to be submitted when police asked for checks and mobile phones you normally use is still the easiest countermeasure . The second one does not need to use a particularly high-end model, it is said to be used as a "decoy" to the last. However, Mr. Citizen replied to the answers that two models would recommend, "Although police may not be an information security expert, I know what I'm hiding in my pocket, so the result gets worse There is also possibility. "He is showing a prudent attitude.