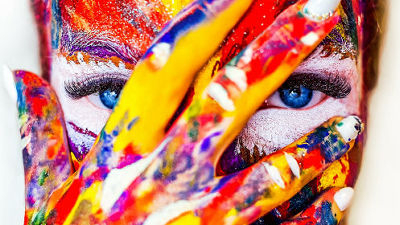 Creativities of Parkinson's disease patients who are known for symptoms such as trembling hands and poor walking have exploded suddenly, and many cases have been reported that people who have nothing to do with arts blossom as artists. In recent years, research on "why do people with Parkinson's disease explode creativity?" Is progressing, and the mystery is gradually being unraveled.

Tsipi Shaish, a 59-year-old who works as an artist, led an art-free life of raising two children while working for an insurance company for 25 years until he was diagnosed Parkinson's disease in 2006. However, as of 2018 Shaish says "When I am curious I head to the canvas, I feel an uncontrollable impulse", and I am creating vivid paintings in accordance with intuition.

Parkinson's disease is known as a symptom of movement disorder such as hand tremor, movement and walking difficulties, but the cause is not known in detail. As a disease mechanism, symptoms such as hand tremor are expected to appear, as exercise can not be controlled by brain cells that make specific neurotransmitters, especially dopamine, begin to die.

There are two main types of drugs for Parkinson 's disease, one that mimics dopamine and the other that gives precursors to neurons to create actual neurotransmitters, but both treat dopaminergic neurons It has the common point of activating it. James Beck of the Parkinson's Disease Foundation explains, "When Parkinson's disease causes less dopamine secretion and brain cells die, neurons become more sensitive to chemicals to await dopamine." Researchers believe that sudden activation of neurons sensitive to chemicals due to dopamine deficiency is the cause of "behavioral mutation" in Parkinson's disease patients. Dopamine is related not only to the control of exercise, but also to actions for seeking remuneration, actions to take risks, dependence and so on. 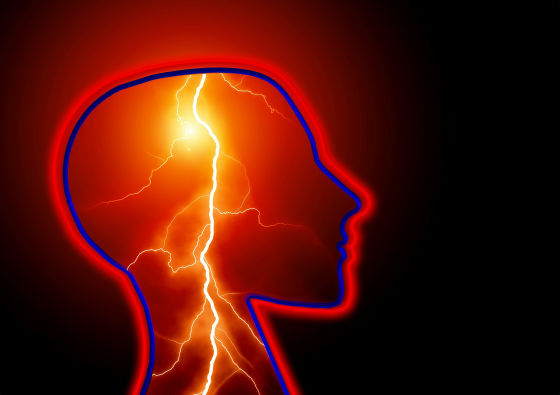 Degeneration of the brain and ingestion of drugs are common for patients with Parkinson's disease, but explosions of creativity are found only in some patients. Researchers have not figured out why this kind of thing happens, but Beck says, "Some patients have the potential to have creativity."

However, there are people who are affected by drugs for Parkinson's disease other than 'explosion of creativity'. In the beginning of 2000, cases have also been reported that patients with Parkinson's disease got lost savings due to gambling, broke marriage due to excessive sexual desire, or simply wanted more medicines. In 2005, these people were classified as "dopamine regulation disorder syndrome".

Anjan Chatterjee at the Pennsylvania Hospital sees the "destruction behavior" of Parkinson's disease patients as "related to obsession with art", and the person who draws a picture expresses impulses and risk behavior through art It explains that it is. Patient who is driven by artistic behavior is to get up at 4 o'clock in the morning to draw a picture and Mr. Chatterjee explains that justice faces art is "ceremonial element." 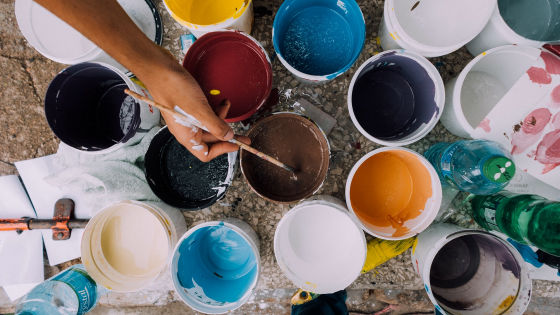 Among them, Chatterjee sees that dopamine agonists affect the first stage and the fourth stage that require "concentration" and "momentum".

Rivka Inzelberg, researcher at Sheba Medical Center and expert on neurology, was one who experienced how many patients showed art work to myself. I surveyed the medical report in 2013 and discovered that there were dozens of creative Parkinson's patients.

In 2014, Mr. Inzelberg conducted a study to compare the creativity of 27 Parkinson's patients and the creativity of 27 control groups with the same educational background at the same age as the patient. At this time, it was also measured how much the subject was captured as obsessive. However, as a result of the investigation, the hypothesis that "drugs of dopamine will explode creativity" will be betrayed. Overall, the questionnaire results of the two groups of subjects were similar scores, and those with strong obsession did not record high scores in the test of creativity. On the other hand, it was found that the performance of Parkinson's disease patients is high in the test of "divergent thinking" trying to answer from various viewpoints without regard to the logic and the test using abstract line drawings. 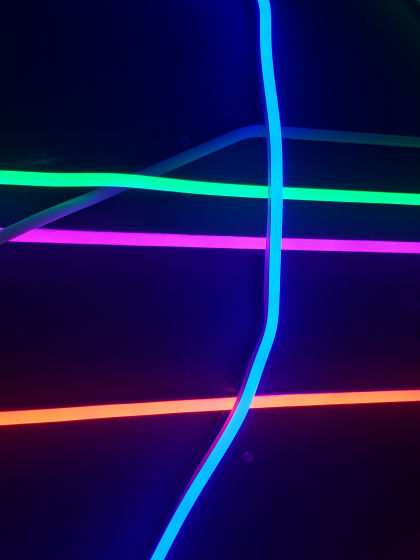 Inzelberg says that dopaminergics alone can not explain the explosive creativity of Parkinson's patients. In cranial neurological studies, we report cases that creativity explodes when the brain is damaged due to stroke or frontotemporal dementia, so it is said that "a specific part of the brain is damaged It is a trigger, "Inzelberg said. "Normal people can not produce creative skills with dopamine agonists," Inzelberg added.

Psychologist and author of Harvard University Shelley Carson said in his book " Your Creative Brain " published in 2010, "Potential Inhibition" to shut out irrelevant stimuli to concentrate on tasks in front of you "Mentioned. According to Mr. Carson, a person with a good potential inhibition seems to be more creative by looking at a new experience with an open attitude. And patients with schizophrenia tend to have latent inhibition, and drugs with the opposite function to Parkinson 's disease treatment are used as "medicines to reduce dopamine" to reduce hallucinations and delusions.

Inzelberg agrees that "dopamine agonists lower the level of" potential inhibition "and increase creativity". "Not being hindered means that freedom of ideas will increase," Inzelberg said. The creativity system of the brain is not different between normal people and Parkinson's disease patients, but the brains of Parkinson's patients are trying to repair damage, the behavior of the network is different from normal, or how to connect is different from usual Inzelberg explains that creativity explodes.