What is the 'global cancer trend' that you can see from various graphs? 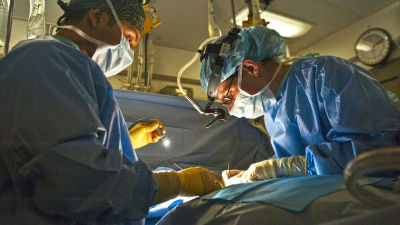 The first cause of death in Japan in 2016 is "cancer", and about 30% of all causes of death are reported as being caused by cancer. Also, even on a worldwide basis, cancer is the second leading cause of death, and it has become clear that not only Japan but also many countries are located above the cause of death. Our World in Data is investigating "Trends in Cancer" and explains what kind of cancer trends are in the global view.

Cancer - Our World in Data
https://ourworldindata.org/cancer 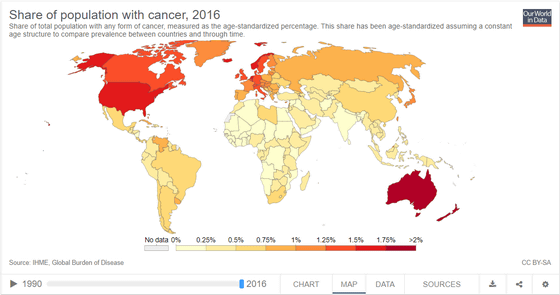 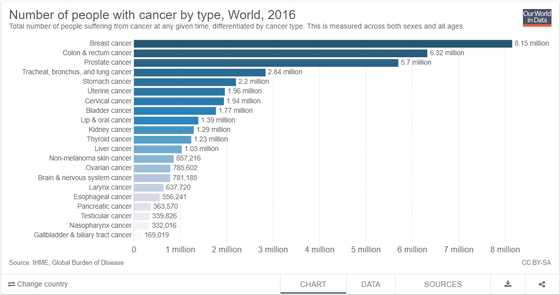 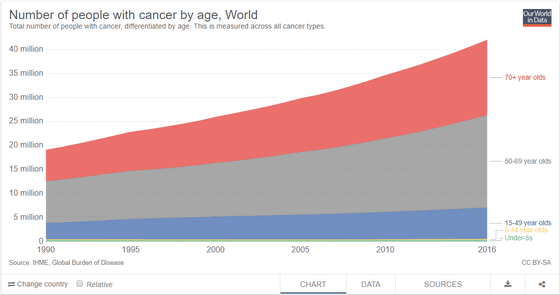 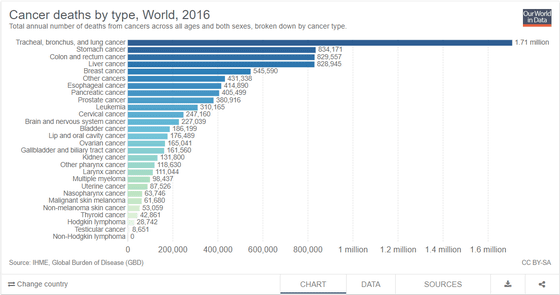 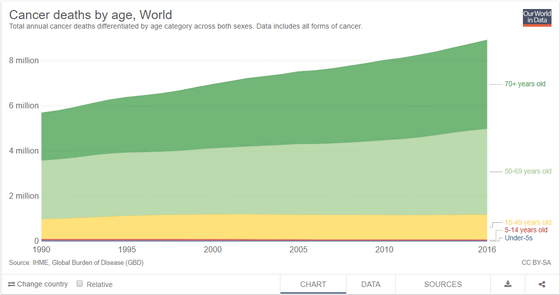 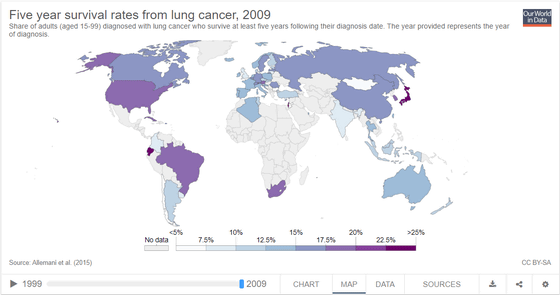 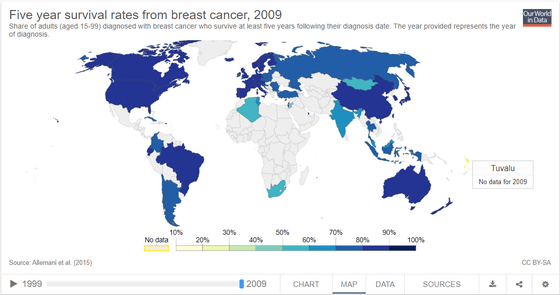 The 5-year survival rate of liver cancer is 27% in Japan, 24.2% in Argentina in 2nd place and 22.2% in Taiwan in 3rd place. Looking at these three graphs, you can see that the cancer treatment technology in Japan is superior. 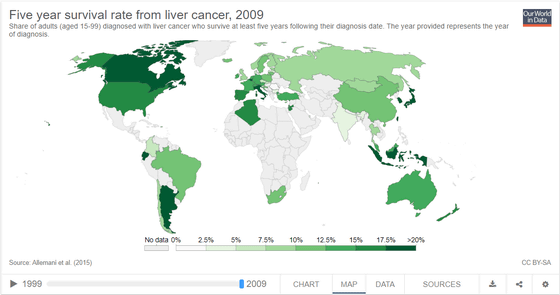 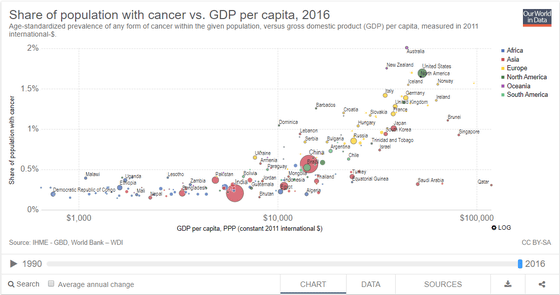 Next, looking at the relationship between income and the 5-year survival rate of breast cancer, there is a tendency that survival rate is higher as higher income is obtained ... 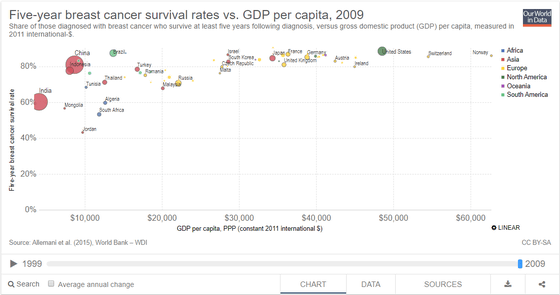 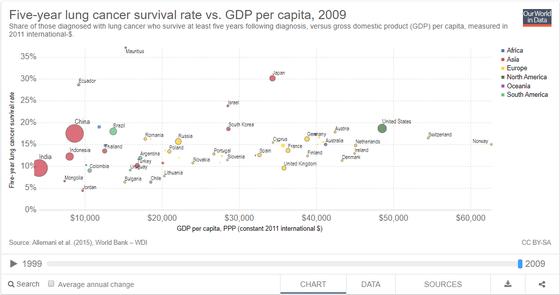