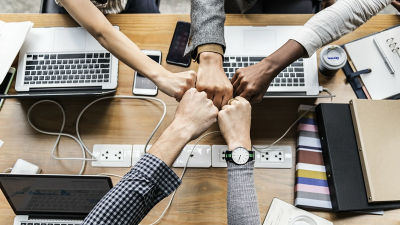 A startup that realizes new services not found in the world and launched as a business is a world that can be said as "high risk / high return", and not necessarily "stable" or "success" is guaranteed. Justin Khan who has launched the live distribution platform "Justin.tv" and "Twitch.tv" criteria for judging whether to jump into such a startup world is cited.

Why You Should (And Should not) Join a Startup - atrium
https://www.atrium.co/blog/work-at-a-startup/

Reason why it should not participate in the startup Part 1: Inadequate management <br> Kang said that "management at startup is the lowest" and Bessary is truncated. Mr. Kang used to often use the jokes "There are two types of startups," management is a bad rocket ship "and" management is not a bad company other than that ", but that is exactly the startup It means that it is what it is like.

In particular, the trend is noticeable in the initial stage of startup. In the startup where the environment is not yet ready, we do not want to hope for firm direction or mentoring for employees. It is certain that there is a "positive aspect" as to the fact that management is not thorough, but those who can not direct themselves are not suitable for startup.

Reason why you should not join the startup Part 2: We do not necessarily get wealth <br> Just because you join the startup does not mean that the dreamlike success story of becoming a millionaire is waiting. Rather, the reality is opposite, and statistically there are few cases where wealth can be obtained.

There are many merits in startup, not so-called "9 o'clock - 5 o'clock" job. However, Kang pointed out that it is important to evaluate oneself about "motivation to take risk" and "opportunity cost to give up stability and healthy work" when trying to jump into that world . Reason why you should not join the startup Part 3: Lack of stability Many companies that survive in Silicon Valley have succeeded and many companies are developing stable business. People gathering at such companies are seeking better career paths and seeking higher salaries. However, if you want to get such benefits, startups are unsuitable.

Among those who wish to join Kang, he / she seems to be asking, "What kind of career path can be drawn here?" And "What is the plan for the next five years?" However, the answer that can actually be returned is "I do not have any money for the next five years". A plan after five years is also important, but for many startups, it is more important to plan how to make a successful business and to continue it for more than 10 years. In other words, for start-ups, "emphasis on what to do now for stability in the future" is more important than "current stability", so if you choose a company seeking stability, you should join Google Kan 's answer is. Reason for joining startup Part 1: Can do jobs that can not be done normally <br> In many startup cases, employees need to be responsible for all kinds of work. When launching the video distribution platform "Justin.tv", Mr. Kang hired a programmer named Guillaume from France. Mr. Guillaume had only a few years of work experience, but he said he was in charge of the back end of the Rails application in less than a year since joining the company.

That experience was obtained because Mr. Guillaume joined the startup, and if it was in a bigger company it was not able to be obtained at all. Mr. Guillaume subsequently became co-founder of "Socialcam" who spun off from Justin.tv.

Reason to join the startup Part 2: Get yourself a foothold for starting a business By participating in the startup, you can expect to create experiences and personal connections for starting up yourself afterwards. Kang launched another startup "Exec" in 2012 and hired an excellent engineer called Mr. Finber at that time. At the time, he was Mr. Finber who worked as an engineer at groupup, he was strongly independent, and he seemed to have the desire to challenge someday to launch the company someday.

Well, as it is said that "the average of five close friends is yourself", the existence of people is influenced by the environment around us. People with start-up orientation will gradually become able to see the way they should go by having people with similar start-up thinking around them. Mr. Finber said he founded his own startup using his personal connections. Unfortunately, the company did not succeed, but after that it launched another start-up "Shogun", and he seems to have succeeded with the investment of Y Complex. Reason for joining startup Part 3: Learning rate optimization <br> This is similar to "reason to join 1", but it is also possible to maximize learning in daily work by dynamically It is a feature of startup where things move. Kang launched Justin.tv had an engineer called Mr. Kyle Bogg recruited from Massachusetts Institute of Technology (MIT). Mr. Bogg, a hardware field engineer, is involved in hardware-related operations at the company, and later it will be a vice president of the company.

Justin.tv at that time was in a situation where the system was down frequently, Kang said that he ordered Mr. Bogg to call Mr. Bogg at a frequency of every two days to instruct recovery. Once Mr. Bogg was on vacation, when the trouble occurred, I could not get in touch by phone so Mr. Bogg ordered to deliver the delivery pizza to the hotel room where I stayed and sent a message to the delivery staff It is said that there was also sometimes entrusted.

Mr. Bogg learns the scaling of the network by acquiring this experience, and later leads to building a huge platform of Twitch. Twitch later grew to a platform with the nation's fourth scale with a transfer volume of 90 petabytes a month and was bought by Amazon in 2014.

Mr. Bogg later participated in the launch of "Cruise", an autonomous driving technology development company, and worked on the technical development of an automatic driving car. Cruise was later acquired by a leading automaker GM and joined the group.

◆ Conclusion - If you are involved in startup, you will certainly get some learning. Even if a company succeeds or fails, there is always some lesson learned from it. The way to learn with maximizing the speed of growth is the word of Paul · Bookheit, a partner of Y Combinator and creator of Gmail "The important thing is not your gradient of Y intercept, it is your own gradient" It is said that it is consolidated to. From this word, Mr. Kang is always thinking about finding ways to put himself in a position to maximize his own growth rate and learning rate. 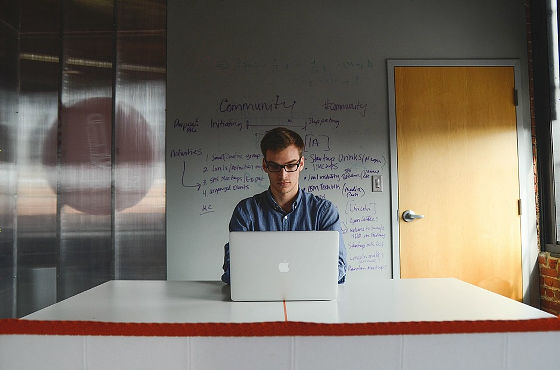