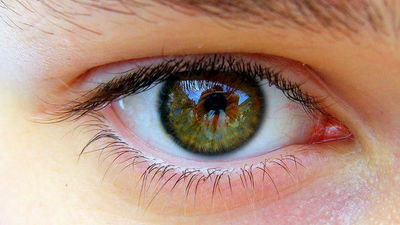 The AI ​​development startup " Google Deep Mind " acquired by Google in 2014 has developed a go AI " AlghaGo " that breaks down even professional players, and develops AI technology in various fields such as developing AI that can be used for cancer treatment I am introducing it. Such DeepMind has developed "Eye disease diagnosis AI with diagnostic capability equivalent to human doctor" and said it can be introduced to hospital within a few years.

DeepMind's AI can detect over 50 eye diseases as accurately as a doctor - The Verge
https://www.theverge.com/2018/8/13/17670156/deepmind-ai-eye-disease-doctor-moorfields

A commonly used method for diagnosing eye diseases is to create 3D scan data of the fundus of a patient and blood vessels using near infrared rays called OCT . 3D data is created in about 10 minutes and the ophthalmologist diagnoses the eye disease early by discovering signs of eye disease from the data and prevents the patient from reaching the blind phase.

DeepMind cooperated with Moorfields , the largest ophthalmologist in Europe and North America, to let AI learn 15,000 OCT data obtained from 7,500 patients treated with Moorfields. By training in parallel with diagnosis by a human ophthalmologist, DeepMind has improved the diagnostic accuracy of AI. The trained AI seems to have recorded a concordance rate of 94% or more with the diagnostic result of the ophthalmologist as a result of comparison with the eight doctors in the test after training.

In recent years the introduction of AI to the medical community has become popular and it is said that AI may become a tool to diagnose on behalf of a human doctor until after the time to play a role supporting human doctors. Already the US Food and Drug Administration (FDA) has approved an AI diagnostic system that does not require intervention by human doctors for the diagnosis of diabetic retinopathy . Although the approved system diagnoses only diabetic retinopathy, it is also possible that the diagnostic system of DeepMind, which can diagnose more than 50 eye diseases, will be approved as a "system that does not require a human physician" system It is possible that there is. 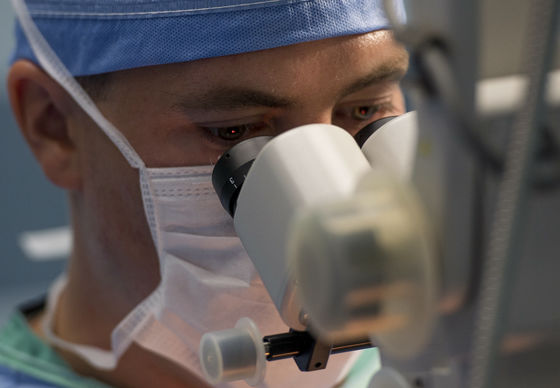 On the other hand, it is also a problem that the point that " AI can not explain the clear pathway how to derive results from input data " is a problem, and it is a fact that humans totally disconnected from AI If it does, there is a possibility of making a fatal mistake in judgment. Therefore, DeepMind researchers seem to take various countermeasures so as not to make a fatal error when AI leaves the human hand.

First of all, software is operated based on several algorithms trained based on multiple independent data. By having a diagnostic process that does not rely on one algorithm, even if an error occurs in some algorithm, another algorithm is supposed to cover the error.

Second, AI does not output only one result, but it simultaneously outputs multiple results diagnosed as highly likely. In addition, by labeling the patient's 3D scan data as to why it was the reason for diagnosis, human doctors later provide opportunities to correct errors by looking at the output results.

Finally, DeepMind's Eye Disease Diagnosis AI system is not a system to diagnose "whether a patient has a disease", but "a patient's disease has progressed to what extent, and which patient is treated preferentially It is used for triage to decide whether to go ". These constraints give the AI ​​opportunities for human doctors to intervene so that a doctor can correct mistakes even if AI makes an erroneous diagnosis. 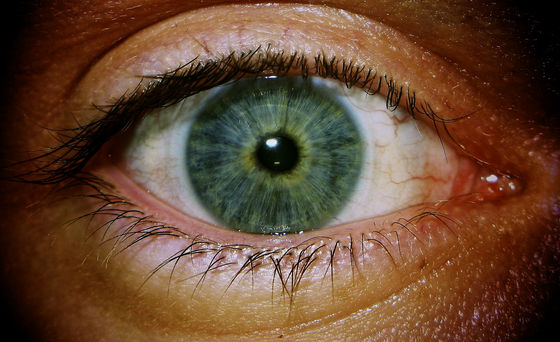 Around 285 million people worldwide have to live with loss of vision due to eye diseases. The OCT scan is a useful tool for finding eye diseases, and 5,050,000 OCT scans were done in 2014. However, this process takes a very long time, so if we can allocate doctors preferentially to patients who need immediate treatment, we can rescue more people from the worst such as blindness.

Doctor Pears Keane of Moorfields who was involved in the study said, "The OCT scan to be performed is done at a rate that exceeds the amount that the human doctor can diagnose, and care is taken late for patients who need immediate treatment as it is If we introduce eye diagnosis using AI and improve diagnostic speed, we will be able to protect human eyesight more than ever, "said Deep Mind's AI diagnostic system We are hoping for this.