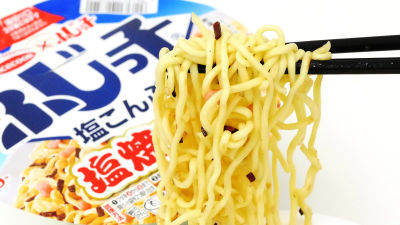 Fujiko salt konbu is a classic as a rice cooker and an ingredient of onigiri, but Fujiko × Ace cook's collaboration cup noodles "such as salt-fried soba with Fujishiko salt " that such salt konbu has entered into the fried noodles and roasted udon " Fujiko salt konbu using sushi soy sauce udon " appeared on July 30, 2018 (Monday). I tried to taste a rare eating method of salt konbu, which is to combine salt buckwheat with yakisoba and yakitori. Contents amount is 82 g, and raw ingredients are listed in "mild items" as "salt kelp" or "fried ball with red ginger". The item of "seafood flavor seasoning" is included. In the cup is included "seasoning sauce" and "post-entertainment quickly" and adds just before eating. 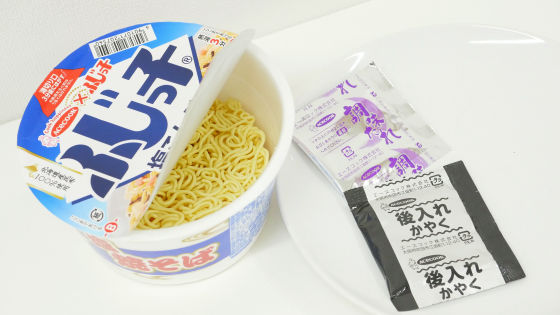 Warm it for 3 minutes while warming it with the seasoning ladle on the lid. 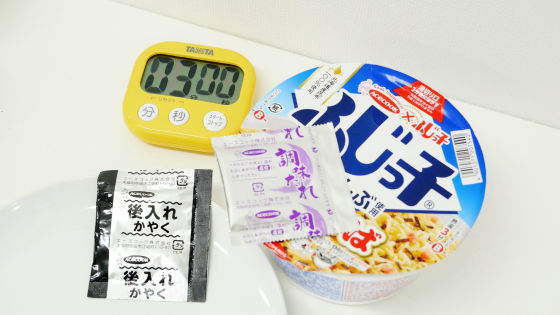 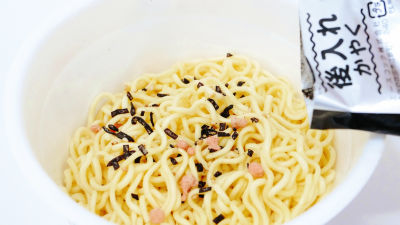 After mixing well, "Fujiko salt konbu using salt-baked soba" has been completed. A quick black "Fujiko salt konbu" and red "Red ginger ingots" and "white sesame" are on top. There is a scent of garlic contained in someone. 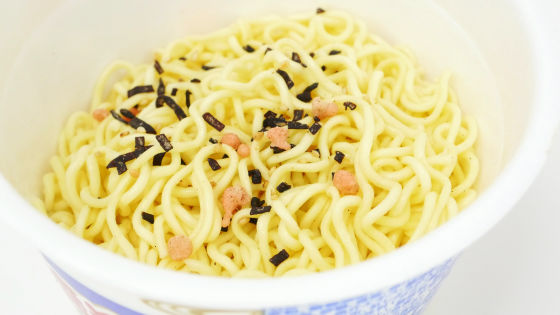 Salt fried noodles with reasonable saltiness and umami when eating. I imagined a seasoned seasoned seaweed because it is a package pushing Fujiko to the front, but the taste of the tangle such as the scent of the tide is modest and it is a supporting role to support the whole, not too salty, umami There are chopsticks advance. The thin fried noodles are not too hard, they are not too soft, the ingredients tangle well, the sesame ingredients and finely carved salt konbu are adding bubble wrap and texture. 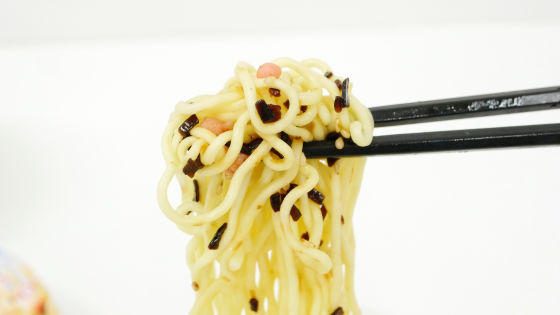 Because it does not smell so much salt, you can feel the flavor and taste clearly when you eat salt konbu at once after all. I knew that the chopped salt konbu was integrated with salt fried noodles. 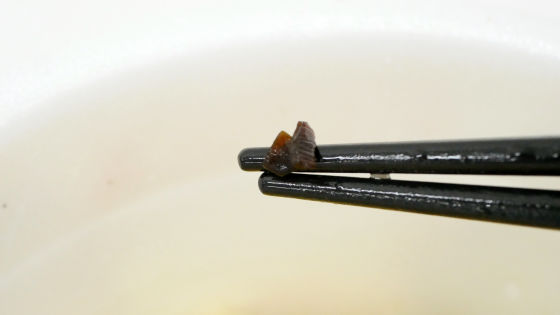 Since the content is 81 g and the energy per meal is 362 kcal, it is almost the same as that of salted fried noodles. 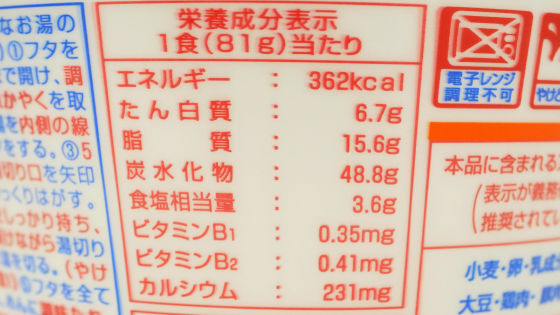 The way to make it is almost the same procedure as for the salt-baked soba, pour the hot water first. Wait 5 minutes after putting hot water here. Add "Seasoning Sagaru" and "Successfully entering morning" just before eating. 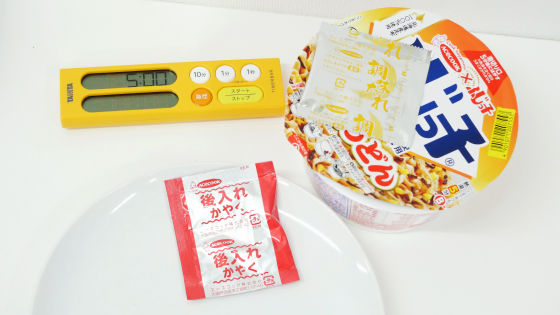 Next, adding a seasoning adds a fragrance to imagine soy sauce, and the noodles are dyed brown. 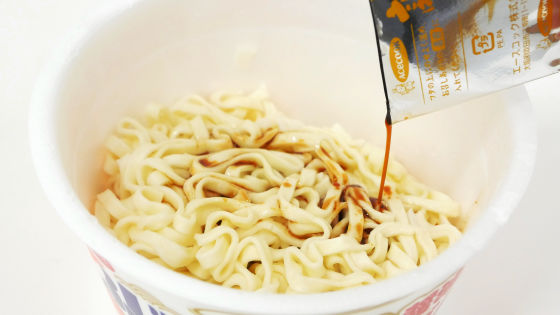 We will put in post-marketing quickly. When mixing well, "Fujiko salt konbu used soup baked udon" finished. There is a scent of soy sauce contained in who. When I tried it, the taste of soy sauce that the dish was effective. It is sweet and seasoned, but salty taste is stronger than sweet taste, salty taste is somewhat stronger than oiled soba, oil is entwined. There is eating with thick noodles, soy sauce taste is working and it seems to be slightly disgusting seasoning rather than being refreshed. Salt konbu supports thoroughly as a supporting role even for yakinbu udon. Both cup noodles also collaborated with salt cups to push the front side to the front. No color things were being made, and salt hanging was added and finished in an exquisite balance. 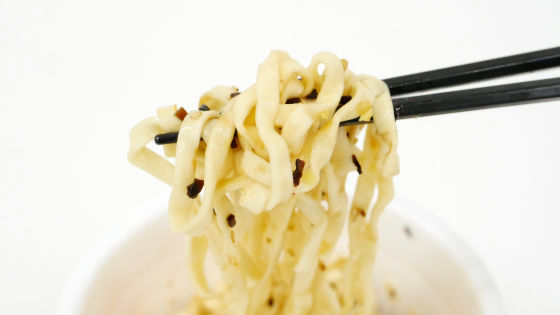