Insects frozen for over 40,000 years in Siberian permafrost breathe back again It has been revealed that a kind of nematode that has been frozen over a long period of time on Siberian ice grounds has resumed activities for the first time in 42,000 years.

Worms frozen in permafrost for up to 42,000 years come back to life
http://siberiantimes.com/science/casestudy/news/worms-frozen-in-permafrost-for-up-to-42000-years-come-back-to-life/

This result was brought by a research team such as Moscow University of Russia and Princeton University of America. Geologically it was left in the stratum of the era that is classified as Pleistocene , and when we picked up two frozen nematodes and thawed it, I breathed back.

Two nematodes were found in the two places shown on the map below. Both were closed in permafrost of Siberia, one of which was located in the downstream area of ​​the Colima River and was an individual inhabited about 32,000 years ago. 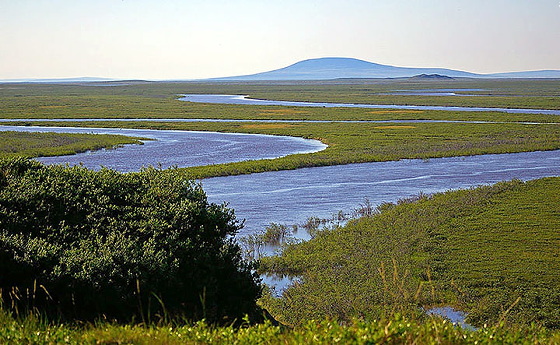 And the other nematode was found in permafrost in the Arazea basin, this is an individual estimated an estimated 41,700 years ago. Both are considered female. The two nematodes were thawed in the facility of The Institute of Physico-Chemical and Biological Problems of Soil Science in Moscow (Institute of Physicochemical and Biological Problems in Soil Sciences), and the activity in the Petri dish It is said that it is restarting. It is said that nematodes waking up for the first time in about 40,000 years are doing their original activities, including eating food. In the report about the results of this research, the research team says, "Pleistocene nematodes include scientifically and practically important adaptive mechanisms for related scientific fields such as low temperature medicine, low temperature biology, and ecology "We got the world's first data to demonstrate the ability of multicellular organisms against long-term cold organisms in permafrost sediments in the Arctic."

It is one case that the surprising nematode life force was demonstrated, but on the other hand it is said that the permafrost is melting on the Earth where climate change occurs. As with these nematodes, it is a place to wonder whether the ancient insects sleeping in permafrost will not be reborn to the present age.