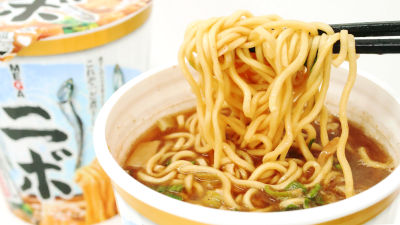 "MEGA Niboshi Noodle Noodle Soba" (205 yen tax) is a product that appeared from the brand "MEGA" series of the theme "Enhancing representative elements of deliciousness". One serving energy is 408 kcal. Includes attached blue sprinkle and attached green liquid soup. Both are supposed to be added just before eating. 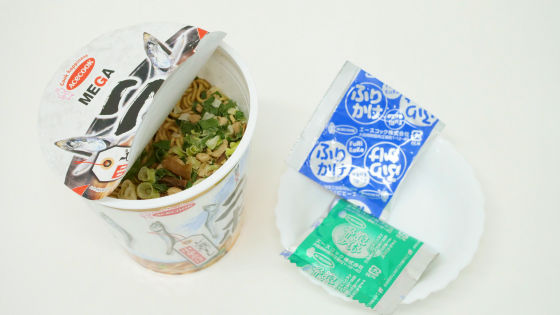 The ingredients of the soup are not all attached separately, but when approaching, the fragrance of the fish and shellfish came from the powder soup of the cup. 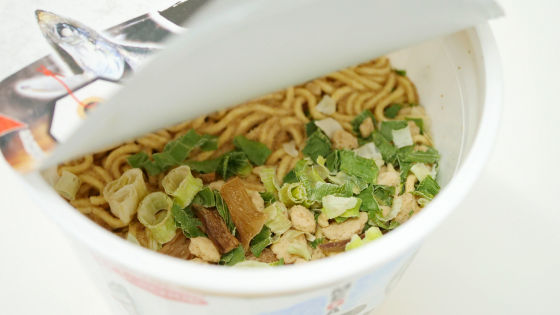 First pour hot water to the line inside the cup ...... 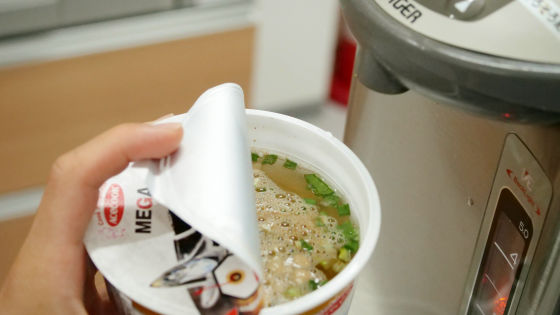 Return the lid and leave it for 3 minutes. 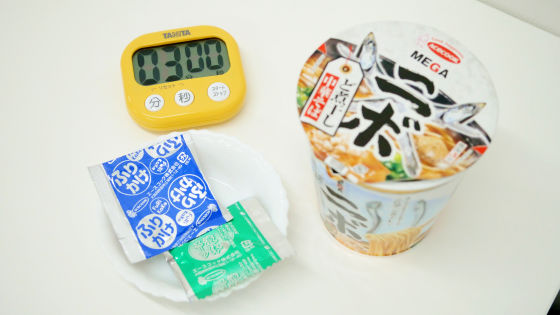 After 3 minutes, the noodles quickly suck and boil hot water. 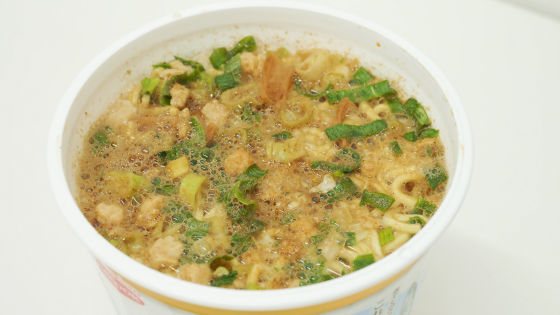 With the liquid soup of the attachment ...... Sprinkle sprinkle. The fragrance of the fishery system will become thicker enough to add the additional material in the cup. Completion if you stir well so that the soup does not melt. As soon as you put your pork-based soy sauce soup in your mouth, the scent of rich fish and shells spreading around boiling will spread. Seafood-based boil-off, kelp and scallops such as scallops are working well, but they are not as salty as they look, so they can drink gorgeously and feel the presence of boiled eggs strongly each time you taste. Noodle is medium thin noodle with horn blade of Ace cock. It seems that the seasoning is moderate, the soup and the balance are well finished. There was somewhat elasticity for fried noodles , and it was somewhat thick, so there was a glue to eat. 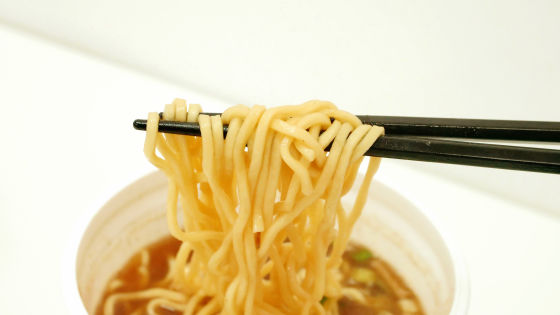 The precocious green onions were added to the shakijaki and Menma cut to the smallest added a comfortable and delicious crisp. 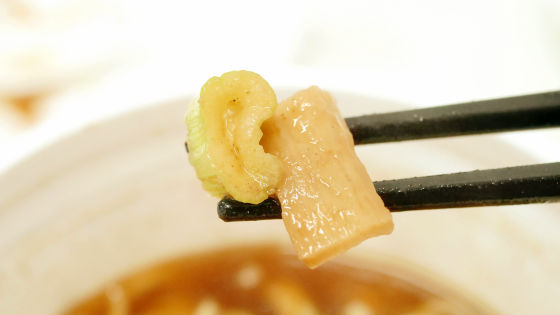 "MEGA Nibosanba" Chinese noodle "can be purchased at retail stores such as convenience stores and supermarkets throughout the country.