How can we deal with fake news made with AI? 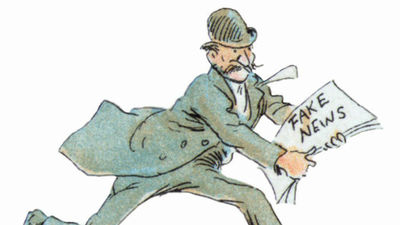 The liar's dividend, and other challenges of deep-fake news | Paul Chadwick | Opinion | The Guardian
https://www.theguardian.com/commentisfree/2018/jul/22/deep-fake-news-donald-trump-vladimir-putin

On July 16, 2018, American President Trump and Russian President Vladimir met at Helsinki, Finland. In this meeting, which gathered a big topic globally, it is emphasized that discussions were held on the issue of Syrian problems and nuclear disarmament, and furthermore, that "there was no interference with Russia's US presidential election."

However, if at this timing "a person who was present as a government official or two interpreters opened the secret recording tape," the fake voice created by President Trump and Voice President Putin is on the Internet If it is published as it is, what will happen? If you listen to audio data, many people think that "This is definitely an exposure by brave accusers." However, it is no longer impossible to create audio data that is not actually spoken by the development of AI, or a movie of a meeting that is not actually being done. In fact, technology to port the expression of another movie to the image of former President Barack Obama has been announced.

With amazing movie editing technique "Deep Video" using deep learning, it is possible to transfer to other people until the expression of the person, the movement of the head / eye, blinking 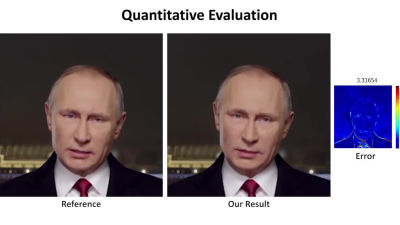 About this issue, Robert Chesney of Professor of Texas Law School University and Daniel Citron of the University of Maryland College Park unveiled a paper on the problems of "Deep Fake Technology". In the paper, it is stated that "the deep-fake technology using AI is progressing more and more technologies are progressing and the speed at which fake news are diffused is expected to increase", and the current situation that the fake news are inflicted is further raised It is expected to accelerate.

Two people analyze deep fake technology, which is likely to cause harm to elections, commercial transactions, security issues and journalism etc., that affinity with SNS is very high. For people with biases, fake news with movies and sounds are easily jumpy topics, and it can be thought of spreading to the world in a blink of an eye.

"Not all positive lies include" Such facts were found in all lies "and" Such things were done. "Rather, the most dangerous lie is" There was no such fact "That announcement is false", it takes a negative form ", it is stated in the thesis. In the fake news using Deep Fake technology, by creating and spreading movies and sounds contrary to published facts, it is easy to make certain people "lie down", "tricking people" They insist that it is easy to manipulate it like that. 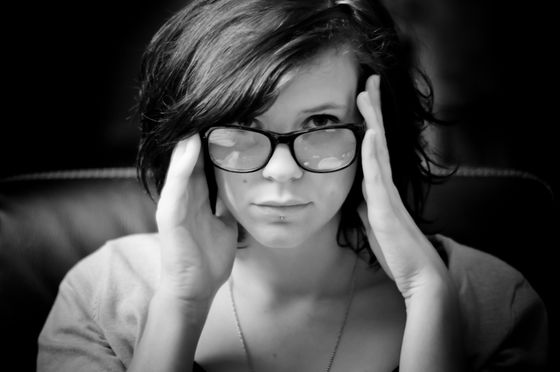 It is very difficult for ordinary people to judge whether "the news is fake news" or not, especially if there is evidence such as movies and sounds. In order for democracy to function effectively, the reliability of the information being reported becomes important, but the reliability of information is currently fluctuating in a progressive manner, a gap where the authoritarian regime is born is born It is said that it is being.

Under such circumstances, how should we face information? In the guardian, it is stated that it is important to raise the vigilance to check carefully whether the information is trustworthy as much as the content being claimed attracts people. I will.

Because deep fake technology is basically aimed at greatly instigating people, the content often gathers a lot of people's attention. The Guardian said that it is important to carefully check the source as soon as you find information that you want to jump in. 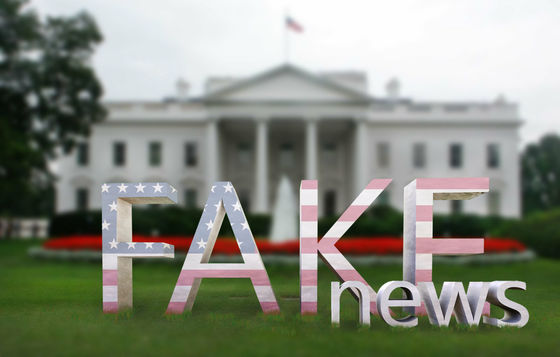