What does 'voice coding' that organizes programs with 'voice' instead of keyboard bring? In many cases, the keyboard is used for coding work that describes the source code of a computer program. However, for people who are handicapped due to over-coding and people born by nature, input with the keyboard entails difficulties. The evolution of a system that supports "voice coding" that allows such people to code using voice is progressing.

Postdoctoral Harold Pimentel who conducts computerized genome research at Stanford University has naturally had one arm but has operated the computer with only the other hand that can be used freely. However, in the hands of Mr. Pimentel, symptoms called "elbow duct syndrome" caused by "Repeated Fatigue Disorder ( RSI )" appeared. This is a symptom that the ulnar nerve at the outer edge of the arm hits at the elbow part, causing numbness and pain of the hands and fingers, and at the same time inhibiting fine finger movement control.

For Pimeltel who has been doing coding with only one arm, making the remaining fingers useless can even produce a fatal situation. However, at the moment technology is created to circumvent such a situation. That is the "voice coding" system that enables you to do the coding work using voice. It was demonstration demonstration that Mr. Travis Rudd announced at 2013 Python related conference " PyCon " that showed that voice coding is practical. Mr. Rudd, director of web development company "Unbounce" in 2018, says that the commands such as "Slap" and "Quote" and "just-testing" ) "Is used for handwriting and writing code is being demonstrated.


Rudd himself who demonstrated himself is also one who is suffering from symptoms caused by RSI. Mr. Rudd, who was obstructed by hand as a result of many years of coding work, installed three OSs in one laptop named "three-headed beast" I made this system using a PC.

For programmers who have been bothered by hand obstacles, the voice coding system is enough to be called a savior, and that for Pimetel mentioned above was also "very moved". However, there seems to be problems such as many bugs in this system still more, and absence of user community to solve the problem.

In order to realize voice coding, both "speech recognition engine" and "platform for coding by speech" are necessary. In the former, Nuance engine "Dragon" provided for both Windows / Mac and Windows genuine speech recognition engine, and to the latter. Platforms such as "VoiceCode" and "Talon" both provided for Mac are widely used. Also, as a similar platform, "Caster" and "Aenea" are also present.

However, the problem of these development environments seems to be that "the difficulty of use is high anyway". In order to describe complicated program code, it is necessary to memorize an enormous amount of technical terms, and in case of voice coding environment different from AI which understands natural language like Apple's Siri or Amazon's Alexa You need to read the terms in order according to the specific manners they possess.


Therefore it takes a long time to master voice coding, and in the case of Pimentel, it took about a month and a half to reach a reasonable coding speed. Moreover, during that period, Pimentel says it has taken a lot of hardships to decide in mind to throw it over and over again, and considerable effort is required for its acquisition.

However, the user who has entered the rising phase of the "learning curve" by overcoming the first hardship gradually starts to make the system yourself, reaching the level where you can independently create easy-to-use settings and so on. Such users are publishing configuration files to the forum on the net, and it is said that there is a hurdle situation less for beginners than before.

There are communities on GitHub and Slack, about 250 VoiceCode communities and about 100 members of Talon's community are signed up, and some users are joining both communities by themselves. However, it still seems to be still difficult, Naomi Safra, who has a disability like Pimtenrus and uses voice coding, says, "If you can use it without getting into such a community enough There is not it. "

The difficulty that you will encounter when doing voice coding is that there are elements called "way of speaking". Many of the speech recognition engines are designed to recognize standard American English, so if there is an "accent" for each region, the accuracy of recognition will decrease. Also, somehow the female voice has a situation that accuracy of speech recognition is deteriorated. Therefore, for women who do not speak mainstream American English, it is said that voice coding becomes relatively painful. In addition, there are cases where someone with physical disabilities can not speak out and there are cases where there are people who are inconvenienced. In such a case, the hurdle for voice coding will increase. 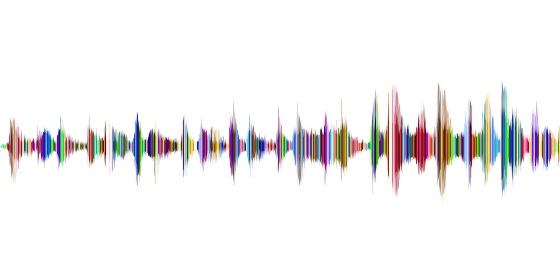 However, even though there are some problems like this, many people are grateful for the benefits of voice coding as well. Mr. Safra said, "I often thought," If I woke up in the morning my hands were healed and I could continue coding, "he said. Voice coding also leads to reducing the physical burden. For Safra who was doing coding using legs, saying that it can be input by voice is said to have great physical merit.

Furthermore, the greatest merit of voice coding is that it is invisible more. Mr. Pimentel says, "I am now thinking more carefully when I say something and executes it." "And my code seems to have less bugs than others." Also, Mr. Safra also said, "I have a feeling that I am masterful of my tools, I have never felt motivation so far," he tells me about my change brought about by voice coding I will.