Is there a connection between rising house prices and declining birthrate? 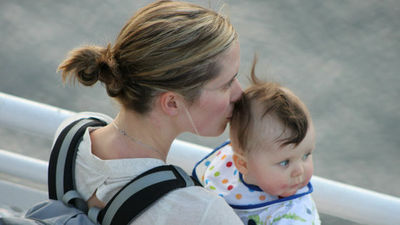 Declining birthrate in developed countries can cause future economic stagnation, which is a big problem for governments of each country. The United States in 2017 has become the year with the lowest birth rate in the past 30 years, "Why does not the fertility rate rise as the economy recovers from the Lehman shock?We are also raising the question: Meanwhile, an analysis was announced that said, "It is related to rising house prices and declining birthrate."

The birthrate in the United States began to decline against the backdrop of the recession caused by the Lehman shock that occurred in 2008. The birthrate has declined to 1.93 per woman in 2010 compared with the birth rate per women was 2.12 in 2007. Despite expecting that "If the economy recovers, birthrate will recover accordingly," despite the economic recovery from the Lehman shock, the birthrate fell to 1.82 in 2016 and 1.76 in 2017 It is said that it is. If the birth rate per woman falls below "2.1", it is believed that the population will decline, so it is expected that the total population of the United States will decline as it is.

There is also pointed out that the change in the values ​​reflects that "the declining birthrate does not want young people in recent years to make many children"American Disease Control Center(CDC) wrote, "How many kids do you expect in your life?"questionnaireSo from 2002 to 2015, we have consistently said that they expect to make 2.3 children for women and 2.2 children for men. Therefore, it is said that the indication that the birthrate is decreasing because the working generation does not want to make children is wrong. Taking the overall average, the birth rate in the county tended to drop by 1.5% more if the 10% home price rise rate was higher than the other counties. For example,Fairfax County, The house price rose by 17% from 2010 to 2016, the birthrate has decreased by 8.2%, while the house price is in CaliforniaMonterey CountyHousing prices are rising by 37%, and the birthrate is decreasing by 11.7%. 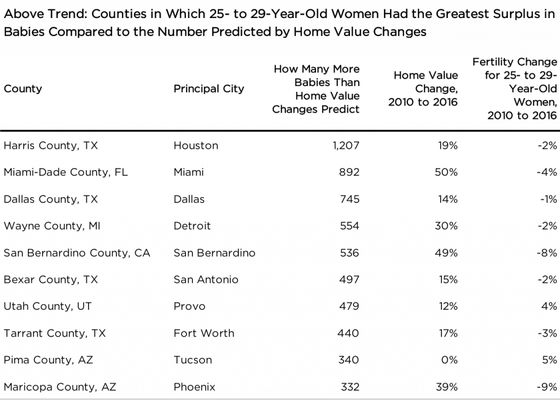 According to Zillow, who announced the analysis results, there is a correlation between the rate of increase in house prices and the declining birthrate in the United States, but it can not be determined that there is a cause-and-effect relationship, "Housing prices rise, It is said that it directly leads to a decline in the birthrate. " In addition, since the change in the correlation for each region is also observed as described above, "In the county where the declining birthrate is large, although it is a high income group that can live even if the house price rises, some factor There are also possibilities that multiple factors, including the possibility of being involved, are gathered in the occupation that children have difficulty holding, resulting in the above results. According to Zillow, house price rising rate is expected to remain only 6.5% in 2018 compared to 8.7% in 2017, although it is a real estate market in the United States where the house price rise greatly year by year. Excessive fever against real estate seems to show a tightening but Zillow says, "It can not be decided at the moment whether increasing the birthrate by lowering the rate of increase in house prices," at the moment.