Steam will unlimitedly restrict the platform's content restrictions to zero, and "any illegal" game of any genre can be delivered 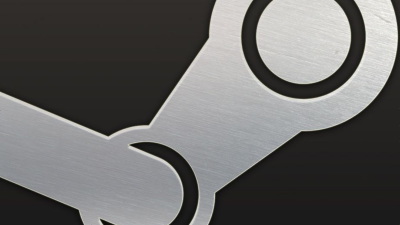 Game distribution platform "SteamValve, who operates "Valve, has revealed on the official blog that he has decided on a policy to deliver all kinds of games and content on Steam unless it is" illegal or obvious fawn. " 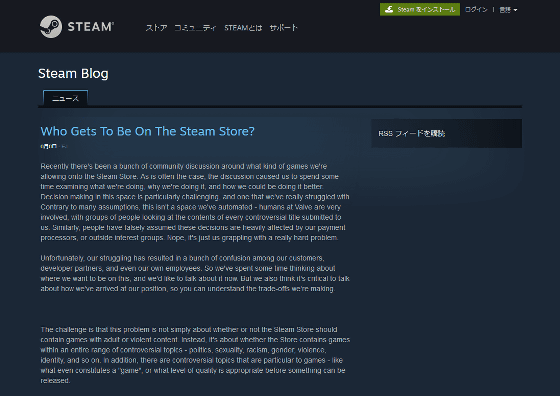 In May of 2018, Steam asked developers who deliver adult visual novel "to delete games from the platform unless excluding adult content"warningThen it became a big topic. Until then Steam decided that the game was judged as "adult content or the like" or "a school gun shooting incident in the United States reminiscent of incident"gameThere were cases where it was deleted. The mystery novel 'Noe no Kagi' that Japanese doujin game publisher was planning to releaseDeleteThere were voices calling for questioning the ambiguity of Steam's policy, such as becoming a hot topic.

Meanwhile, Steam updated the official blog on June 6, 2018 and revealed that she decided to distribute all kinds of games and content on Steam unless it was "illegal or obvious fawn". This is a kind of answer to the long-pointed "demands for tightening policy on sexual exploitation in the game". Steam says that some content, such as adult visual novels and school gun shooting simulators, may be disgusted by some users, as well as the simple "user's right to play" and "developer's right to create" From a philosophy, we decide to deliver on the platform without regulation. However, these do not reflect Valve's sense of values, but it says that there is enough possibility that some of Steam's administrative staff also feel uncomfortable as users. However, Steam's answer is that it should not regulate such content blindly. However, I also reveal that we plan to release a new tool useful for filtering games so that users using Steam will not feel uncomfortable watching the games being delivered.

Valve, who runs Steam, says, "Valve should not decide what to deliver.We should not choose which games to play and which games can not be played for gamers. We should not decide what kind of content it is allowed for developers for developers.The role of our company is to provide the system and to let the players and developers know which game to play " It is to provide useful tools to make a decision to make a game and help the user to spend comfortably ", and the way the platform regulated content has been incorrect I am doing. Of course there are several provisions, according to Erik Johnson of Valve, the law will vary from country to country so developers dealing sensitive subjects will work with Valve to avoid conflicts with regional guidelines It is necessary.

Also, until Steam's revealed "new filtering tool" is released, the contents of genres that are currently on hold and that "some users may feel uncomfortable" are pushed out extensively on Steam It is said that there is nothing. Mr Johnson says that development of filtering tools will start soon, but I do not disclose clear disclosure schedule etc.