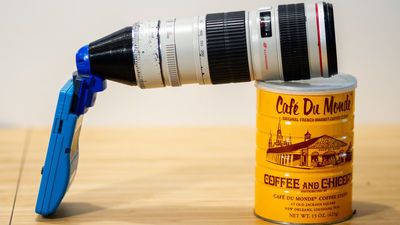 It was released for Nintendo and Game Boy in 1998Pocket cameraIs a software that allows you to take pictures with a small camera mounted in a cartridge. Bastiaan Ekeler, a photographer, made his own mount adapter that can mount Canon's EF mount lens on this pocket camera with a 3D printer, and has published works taken with lenses actually attached.

Pocket cameras were released under the name "Game Boy Camera" in the United States. The round part attached to the top of the cartridge is a digital camera. Although the pocket camera can only take pictures of 128 × 111 pixels with monochrome 4 gradations, it has many features such as contrast / brightness adjustment and self-timer, and still many fans are software. However, telephoto shooting can not be performed with a pocket camera. So, Ekeler has owned Canon's telephoto zoom lens ·EF 70-200 mm F4LMount adapter that can be attached to a pocket camera,Rhinoceros 3DIt was said that it was designed with. 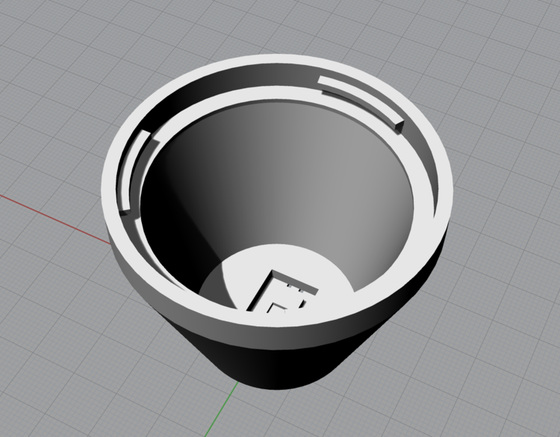 And the following image outputted by the 3D printer. A sensor of the pocket camera is installed in the back. It is like this when removing the lens part from the camera and actually attaching the adapter. According to Ekeler, it is possible to shoot at a maximum focal length of about 3026 mm by combining Canon's extender · EF 14 X 3 which extends the lens focal length by 1.4 times. 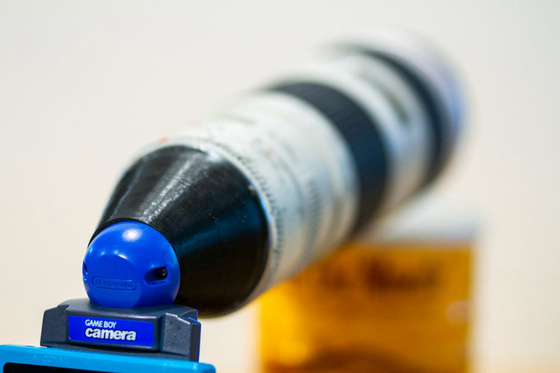 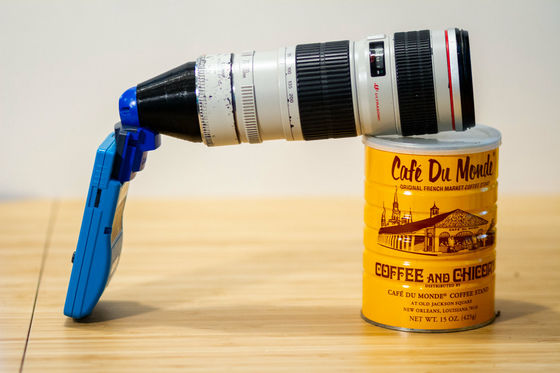 Pocket Camera shoots pictures takenPocket printerI was able to print out with. So Ekeler is a pocket printer emulator that runs on ArduinoArduino Gameboy Printer EmulatorWe also prepared a mechanism to convert data so that pictures taken by PC can be imported. The pictures of the seagulls photographed by Ekeler using the pocket camera enabled for telephoto zoom are the following images. Egeler expects that the background of the seagull is blurred, so it may be applicable to portrait photography as well. A picture of the moon taken by Ekeler looks like this. In the darkness of the night, taking a Game Boy with a huge telephoto lens in his hand was pretty tough but still Ekeler was successful in taking several shots.

A ship floating on a far horizontal line can also shoot at a level that clearly shows the ship's detailed shape. Although the 3D data of the output mount adapter is not released at the time of article creation, according to Ekeler, it is thought that it will publish it after applying some fixes.