A hybrid robot equipped with cultured muscles will be developed 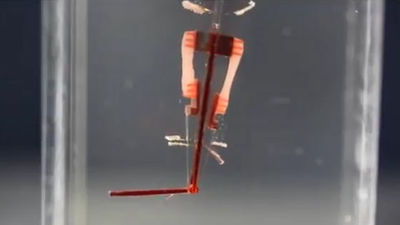 If you hear "Connect the robot to live muscles and move it," there are a lot of people who feel like a science fiction world. The research team of the University of Tokyo realized such a SF-like idea, and created a robot equipped with live muscles.

The research team of Professor Shoji Takeuchi of the University of Tokyo has developed a robot connecting the resin parts simulating human bone bones with the same structure as human fingers cultured in the laboratory. The robot is the same as the actual armAntagonist muscleIt is said that it has a structure, and it can move with the same mechanism as a human arm by flowing an electric signal. The robot operates in a palm-sized small aquarium.

The state that the robot carrying the cultured muscle is moving can be seen from the movie embedded in the tweet below.


Robots carrying live muscles have been studied, but the cultured muscles contracted in a short time and could not continue to operate over a long period of time. Although the robot developed by this research team can move only underwater, it actually retains its function for a week. 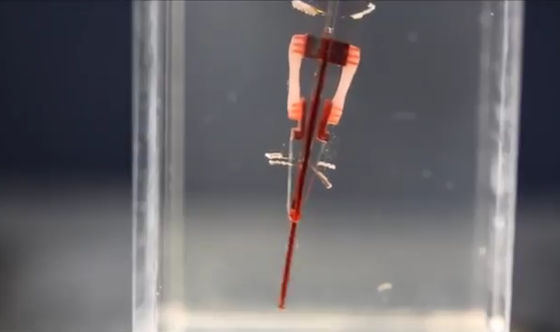 The robot has a structure resembling the forearm of a human being, and by flowing an electric signal, the two artificial muscles can expand and contract in cooperation with each other. When the muscles are expanded and shrunk, the tip arm bends as if it were a human arm up to 90 degrees. 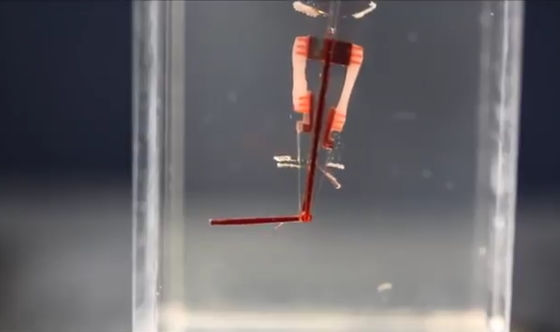 Move the robot closer to the wheel installed underwater ... ... 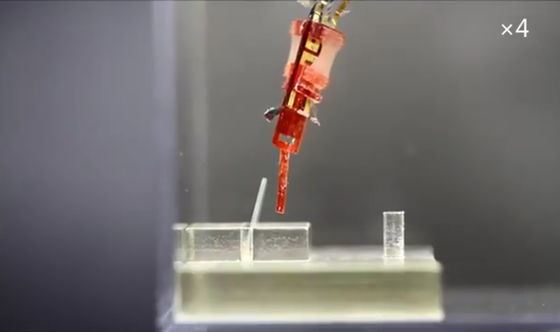 If you contract the muscles with just the right timing, you can hook the loops to the tip of the robot arm. 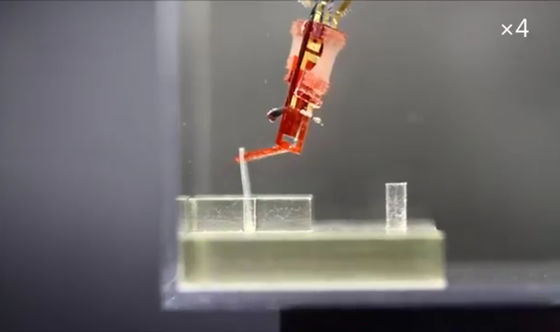 Even if you lift the wheel as it is, you will never drop the loop by keeping the muscles contracted. 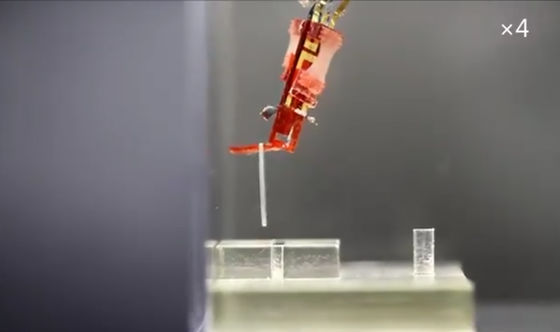 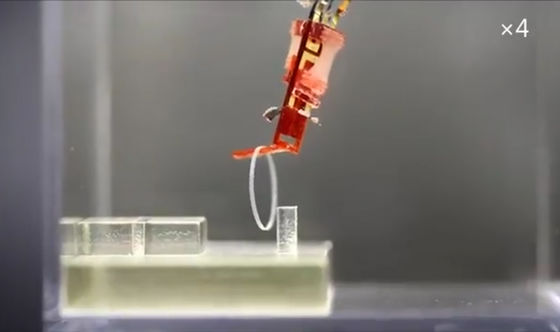 By relaxing the muscles again, I was able to successfully hook the ring to the stick. 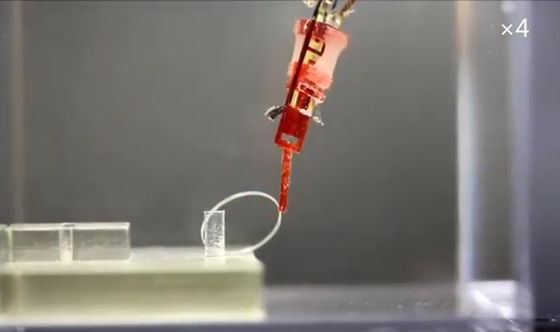 It is also possible to use two robots simultaneously. 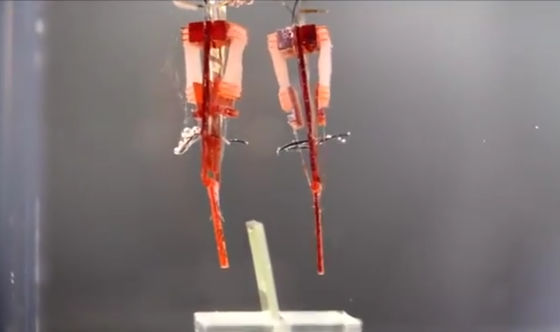 Shrink the muscles of the robot by matching the timing ...... 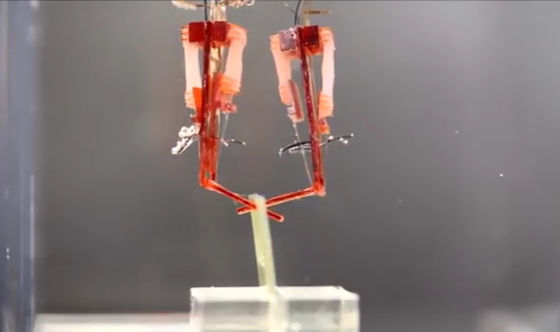 You can pull up large targets. 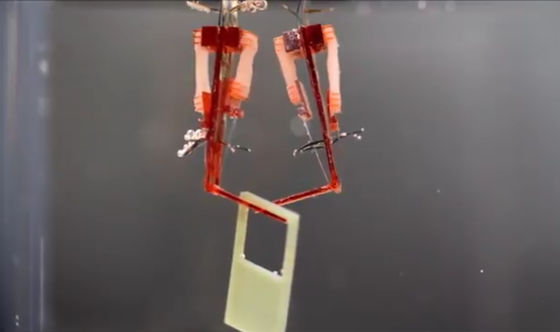