Based on information from two information specialists who are familiar with internal circumstances, the information reported by The Information's Amir Efrati reporter, Uber's automatic driving car software recognized the traverser in the event of an accident However, he judged it to be "false positive" and did not take deceleration and avoid it, he jumped as it was.

For software of an automated driving car, it is an important task to distinguish between real objects and objects that seem to be illusionally present, and it is an important task to detect vehicles, pedestrians, large stones falling on the road with extremely high accuracy It is required to do. However, on the other hand, there are also objects on the road that can be judged as having little impact on safety, such as plastic bags blown by the wind and empty cans beside the road, so it is safe and efficient to distinguish them It is an important element to travel on public roads. There is a trade-off between safety and efficiency here. If the software of the vehicle becomes too careful, it reacts to empty cans and newspapers which do not have any problem, and it will be impossible to travel properly. On the contrary, if the detection is made sweet, it will become possible to continue to run with "losing eyes" with some obstacles literally, but it may happen that you hit an obstacle that you really have to avoid. And in this accident, it was exactly the woman whose obstacle crossed the road.

The picture until just before the moment when the woman actually hits is released. In the following article you can see how the vehicle is thrusting into a woman without slowing down or performing a steering wheel. 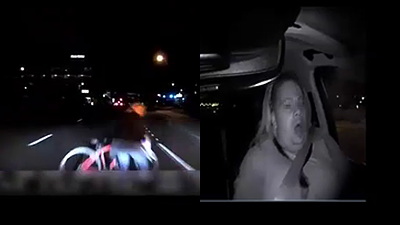 Efrati says, "There are reasons why Uber wanted to lower the alertness of the system about surrounding obstacles as we aimed to make vehicles that could run automated driving cars comfortably." " I was in a hurry to accomplish the internal goal of running passengers on an automatic driving car without a driver in the Phoenix area. " It can not be called a very comfortable ride, such as an automatic driving car that brakes every time every time. In order to overcome this problem Uber is developing, and in the midst of this accident happened.

Uber is refusing to comment on the interview of The Information because it is being investigated by the National Transportation Safety Commission.