Why is the cheap "handmade drone" a threat to the troops of each country? Advances in technology have made the drone generalized and it is becoming possible to make it at low cost using what is available at hand. However, until now, the US military and so on are not supposed to be attacked from a small drone in one stroke, and there is a possibility that existing systems can not fully defend.

On 5th January 2018, a Russian base in Syria was attacked by several armed drones and two soldiers died. As for this attack, it was suggested that the Islamic state (IS) might have done with a small drone formation. 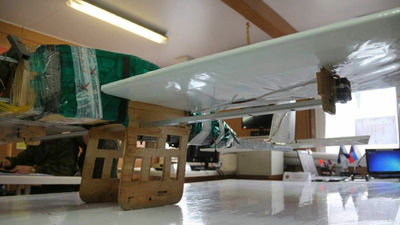 There were 13 drone used in the attack in total, of which 10Fumimim Air Force Base, 3 aircraftTartusI aimed for the Navy Supply Service. Both of the drones are not quad-cotter style, but the same type as the commercial drone, the material mainly of wood and plastic, the engine of the lawn mower, the homemade small bomb was installed under the wing It was. Although the drone was controlled from within 100 km from the GPS, it is said that the Russian Ministry of Defense was actually unknown who controlled it. Existing electronic parts are used, and the cost of one drone is estimated to be around several thousand dollars (hundreds of thousands of yen).

Russia announces that these drones had intercepted before causing damage, but the aircraft at Humi Mim Air Force base is obviously damaged by attacksThe Economist. However, damage by the army is not limited to this attack. Since 2015 guerrilla army is using quad copter to drop grenades and there are 200 attack movies that exist even if you look only at the 2017 IS attack.

Such a new attack method was born because technology development has made it possible to make drone at a much lower price than past military items. The US Marine Corps has used a drone for reconnaissance of more than 3 million yen per machine so far, but the next-generation logistics team developed a drone of less than 100,000 yen per machine. It is planned to be put into actual battle. 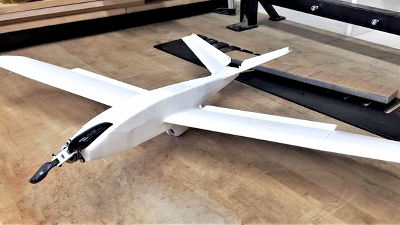 Recent technology makes it possible to make big damage to your opponent by attacking with cheap drone, which is a big threat to the military.Natural resolve operationsCommander Steven Townsend said that "The greatest threat facing soldiers fighting IS is drone," and existing defense methods focus on small drones and follow up Because it is difficult to do, the development of the defense law against the drone is urgent.

One solution is to disturb the device by radar wavesjammingTo interfere with the operation of the operator, to investigate methods to confuse the GPS. Drone used to attack in Syria, Dedrone andDroneDefenderIt is said that they are causing crashes by using jammers such as name. However, in recent years, many autonomous drones have appeared, and if the type of drone does not have an operator, the jammer that hinders GPS can not be used as a solution.

Also, it is very difficult to shoot down if the size of the drone is small. The rifle can not set aim and shotguns increase the possibility of shooting down, but the range becomes shorter on the other hand. Furthermore, it is difficult to measure the range if the drone size is smaller than the standard. Therefore, in the manual of the military, it seems that it is written not to aim only at a unit when shooting a drones, but to aim at the whole corps.

On the other hand, as an interception method against the drones shoot down airplanes and helicopters fly low in the skyStinger missileImprovements have also been made. However, since Stinger missiles are not supposed to shoot down small objects like drone,Proximity fuseThere is a need to install, but there is a problem that this improvement cost becomes expensive. There is what is called BLADE as this other drones' approach taken by the US military. BLADE is a machine gun turret and an armored car equipped with radar is moved by computer management. Although BLADE is expected to have some degree of effect, the possibility of disabling it when attacked with a large amount of drone remains.

The same can be said for ships. Air defense of the US NavyAegis systemAlthough Aegis is equipped with radar, computer, missile, cannon cannon, etc., it does not correspond to the formation of small drone. As a result, the Navy is upgrading the software so that multiple targets can arrive at the same time. According to past surveys, it is thought that if you are attacked from all directions at once, you can overwhelm a ship even with only 8 drone. And a lot of developers of anti - drones defense are hoping to use the laser for drones interception. Lasers do not need ammunition, because the cost per shot is lower than missiles etc. As of 2018, various types of drone lasers have been developed and repeatedly tested, but they have not reached the target level yet.

Of particular importance in drone lasers is to quickly determine the focus and track the target. And how long will it take to irradiate the laser before destroying the target? Normally, in order to destroy a drone with a laser, it takes several seconds throughout the process, and due to the nature that it can not attack another drone until it destroys one drone, it is not possible to cope with a case where a large amount of drones rush. think.

The US military has stated the importance of "stopping before the drones leap off" from 2016, and this point becomes very important until the drones interception method is established, but on the other hand It is extremely difficult to attack a base before it is done.