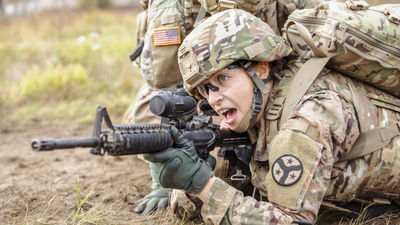 Global Positioning System (GPS), which uses satellites to identify location information, is an essential technology for modern people's lives, but was originally developed for military use. In response to GPS interference from Russia, the US military, which has been operating GPS as the basis of the system for more than 20 years, has tested and operated communication equipment resistant to GPS interference, and it has further included an inertial navigation system (INS). It is reported that we are trying a large-scale version upgrade of the whole system.

The US Army will test a new GPS that's resistant to jamming this fall-The Verge
https://www.theverge.com/2019/6/9/18658901/us-army-testing-jamming-resistant-gps-global-positioning-system-russia-2nd-cavalry-regiment

The opportunity was introduced in November 2018 when the Russian army attempted to disrupt GPS signals in a large-scale exercise of the North Atlantic Treaty Organization (NATO) in Norway. For a long time Russia has resisted the NATO and US forces being stationed in Norway, which is geographically close. GPS jamming has a major impact on NATO and US forces, from squadron movement to missile and drone guidance. 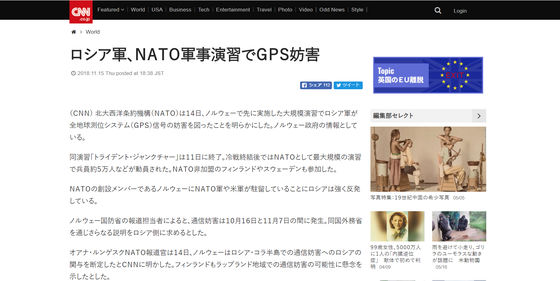 In particular, after the end of the Cold War, advances in radar and wireless communication technologies have changed the way the war has changed significantly, and electronic warfare and information warfare have become the main. If the GPS, which is the basis of the US military system, is interrupted, the entire military function may be lost.

It is not disclosed how MAPS specifically interferes with GPS, but using this communication system, while being resistant to GPS obstruction attacks, position information and operation information can be obtained throughout the devices of each unit. It seems that it will be possible to deliver timing. It is also reported that the US Army is considering the development of a Cenozoic inertial navigation system that will replace the current system, at the same time as testing operations with the 2nd cavalry regiment. by The US Army

Colonel Nicholas Kioutas, in charge of positioning, navigation and timekeeping in the 2nd cavalry regiment at the C4ISRNET conference in Arlington, Virginia, on June 6, 2019, said: We are researching how much GPS interference can be tolerated. Since the system is not static, we are planning to conduct a stress test and upgrade by always using a new system. ' He stated that it is essential to evaluate the system developed immediately after delivery to the site and use it on a trial basis.