What is the problem surrounding America's "open Internet" greatly shaken by the elimination of "net neutrality" regulation? In the United States, the debate over whether the open Internet will be lost over the policy of the Federal Communications Commission (FCC) to abolish the regulations on "network neutrality (net neutrality)" actively It is getting. A huge IT company such as Google and Facebook also expressed opposition to the FCC policy and the current state of the net neutrality problem that is tremendous, such as the attorney general of 22 states filing a lawsuit complaining about the unreasonableness of the FCC decision, is like this .

◆ What is net neutrality?
"Neutrality of the network (net neutrality)" means that the specific content is advantageously or disadvantageously given to a network service provider (ISP) under the philosophy that "handling of contents on the Internet should be fair" It is a rule to prohibit treatment. Under the rule of net neutrality, ISP does not allow arbitrary service operation to speed up or block delivery of specific contents. However, if the rule of net neutrality is eliminated, it is possible to allow the use of "high-speed lane" that can deliver contents at high speed only to companies that paid extra fee, or to delay the delivery speed of the contents of a specific company greatly , ISPs are allowed to handle different things. For example, AT & T and Verizon, which provide streaming services behind Netflix and Amazon, deliver their streaming services at a high speed while greatly limiting the speed of Netflix and Amazon Video, thereby dominating their services It is impossible to put it.

In fact, it is a problem that Verizon secretly narrowed down communication bands of Netflix and YouTube. 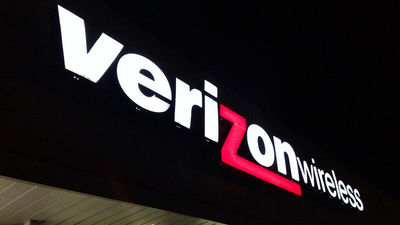 If there is no net neutrality rule, SMEs that can not bear additional costs for large companies that can pay additional costs to use high-speed lanes can be disadvantageous for competition. Due to the rules of net neutrality, access to excellent content that is weak but can gather a lot of support is secured. In view of the fact that the Internet has an aspect of social infrastructure that is largely related to freedom of expression, rules for net neutrality are necessary not only from a fair perspective but also from the viewpoint of freedom of expression.

On the other hand, there is a disadvantage that the infrastructure maintenance cost will increase for ISP operators under the net neutrality that we need to treat contents collecting large amounts of access and weak content equally. If emphasis is placed on efficiency, the idea is that to distribute content that collects large amounts of access should be paid by paying the price instead of giving a high-speed lane.

The Internet neutrality rule that gained support by many technology companies in this conflicting opinion was enacted under the Obama administration in 2015. As a result of the Internet neutral regulation, ISPs are forbidden to arbitrarily handle access to contents. The FCC Committee cites the findings that investment in Internet infrastructure of ISP companies after 2015 when net neutrality regulation was introduced decreased 3% in 2015 and 2% in 2016, Comcast, the largest ISP company in the United States, has expanded its capital investment over the same period, and several competing companies have adopted the same policy, and companies that reduce the investment amount are said to be due to completion of the long-term investment planPointing outThere is also.

Although it is the American Internet regulatory policy over the Internet neutrality that the circumstances have changed in just two years, most views are that there is a transition from the Obama administration to the Trump regime. The reason why the ISP provider can change the accessibility to the content by eliminating the net neutrality regulation is because it meets the policy of the Trump regime who wants to strengthen regulations on the Internet.

◆ Movement of IT companies and citizens
When it became clear that the regulation of net neutrality is expected to be abolished, net affiliates quickly announced their intention to "oppose". For example, GitHub says, "The neutrality of the net is the foundation of the Internet we are currently using, it is an open thing that anyone who is not discriminated by the communication type can participate.When the net neutrality regulation is abolished, We are announcing the opinion that the Internet will be controlled by telecommunications providers. "

'Make a Ruckus' to Protect Net Neutrality in the U.S. · GitHub
https://github.com/blog/2475-make-a-ruckus-to-protect-net-neutrality-in-the-u-s Litigation has also been filed that the FCC's deregulation is illegal. In the lawsuit filed in the Washington DC Circuit Court of Appeals, "FCC's abolition of net neutrality regulations is arbitrary, capricious and there is the risk of abuse of discretionary authority", which is an unreasonable FCC policy, 22 states In a lawsuit brought by the attorney general of the state New York State attorney general Eric Schneiderman said, "The open internet that allows free opinion exchange is critically important to democratic processes.Net neutrality I am giving the opinion that elimination of regulation can turn ISP into a gatekeeper. " Mozilla also directed the Washington, DC, Federal Court against the effectiveness of FCC decisionsAppealWe are doing.

On the other hand, the so-called IT big 4 of Amazon, Apple, Facebook, Google said, "When the possibility of abolishing the regulation of net neutrality is touched, it is slow to move, poor response, neglecting efforts to do "New York TimesIt was criticized from. Although it is unknown whether it was caused by pursuing responsibility as a company with a mighty power on the Internet it is unknown, after that, the three companies of Amazon, Facebook, Google, the Internet Association, which is a lobbying organization, I am clarifying the policy to participate in the lawsuit alleging that it is a violation of the law. Apple has a distance from the Internet Association and only submits an opinion to the FCC to support net neutrality.

Future Developments
It is unclear what happens to lawsuit appealing federal laws of FCC policy raised in each state of the United States, but opinion that legal professionals "plaintiffs will be difficult to win" is mainstream. The FCC has a discretionary power to determine Internet-related regulations, including net neutrality, the burden of proof that the FCC's decision is illegal is on the plaintiff's side, which is why this proof is not easy . Professor Christopher Ye of the University of Pennsylvania said, "The judiciary often supports the assertions of authorities with expertise in this type of court dispute," plaintiffs expect to be struggling .

While it is difficult to reverse FCC decisions in litigation, the only legitimate way to maintain net neutrality is by a resolution by Congress. Specifically, it is a straight way to establish a law concerning net neutrality regulation that does not change the investment policy even by the change of administration.

However, unlike the Obama administration, it is said that the legislation maintaining net neutrality by the Congress is very difficult in the current situation that Republican lawmakers will hold a majority in both houses. While Republican Ted Cruise Senator who calls on the regulation for net neutrality as "Internet Obama Care" exists, the enactment of the regulation that maintains the neutrality of the net is beyond the faction that calls for the necessity of net neutrality Behavior of politicians and American citizens supporting it is required.