Is there an upgrade to "VR" or "4K" of Nintendo Switch? Nintendo Switch which was released in March 2017 and continues to expand unit sales due to the momentum of bamboo. Looking at the period of about 10 months from saleHousehold game machine sold at "fastest in America history"Although the rival PlayStation and Xbox are fulfilling the correspondence to VR and 4K, it is also clear that the corresponding picture quality of Nintendo Switch is 1080p and it feels uneasy if it is spec spec. Meanwhile, Ars Technica from overseas media is exploring the possibility of responding to VR and 4K from past interviews of stakeholders of Nintendo.

Nintendo does not seem to be "looking into" VR very much anymore | Ars Technica
https://arstechnica.com/gaming/2018/01/nintendo-is-not-hopping-on-the-vr-bandwagon-any-time-soon/

In February 2016, Nintendo's president Tatsuki Kimima told investors that they were "watching" about VR in an explanatory meeting for investors.


So Nintendo (at the briefing) just said the no change in plans for the smartphone app roll out. Says they "are looking" at VR - with no details.


In addition, in October of the same year, in an interview with overseas media Bloomberg, in response to the question "Is Nintendo Switch VR compliant?", "I say that there is no possibility" I can not cut it. " 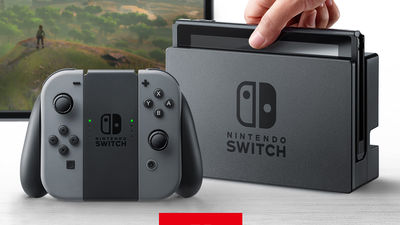 In addition, in December 2016, the idea of ​​a VR headset like Samsung's Gear VR, which uses a terminal such as a smartphone or a tablet attached to a head-mounted display from a patent application of Nintendo, has been discovered. This has become a hot topic as to whether Nintendo Switch is a patent for transforming it into a VR headset. 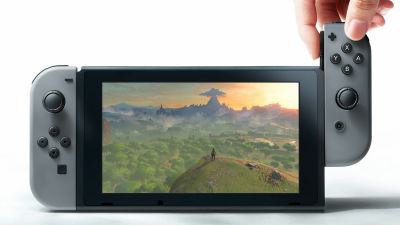 However, in January 2018, Mr. Philippe Ravel, general manager of French Nintendo, published a French magazineLes Numériquesofinterview"When I look at the VR headset, I feel doubt whether this can appeal to the main stream." "If the comprehensive package can not be provided, the user is not patient with entertainment," he says, It is revealed that it feels unsatisfactory with VR service of.

In addition, Mr. Love says "None of Nintendo's emphasis on correspondence to 4K compatible terminals" as the "mostly not adopted" of TV and display related technology, furthermore investment in 4K technology is "premature We also reveal that we think that. Regarding 4K compliance, "What kind of novelty can you bring compared to competitors? If we do the same thing as our competitors, we will be limited to companies that are smaller companies than competitors, so we will be limited. Nintendo Switch offers various ways of using it according to the life of the player, and it was able to fit the user's daily life. "As aiming at differentiation from competitors, Nintendo Switch It was suggested that we were able to succeed. 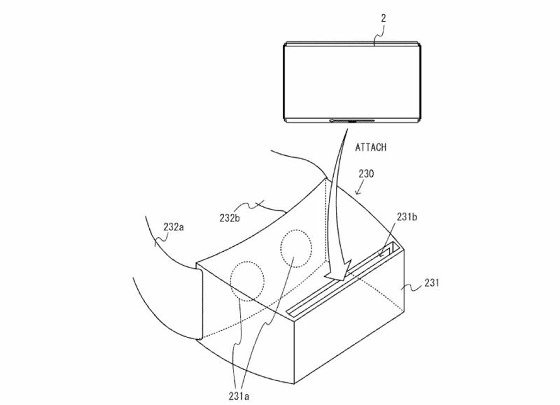 In addition, in the interview Fortune conducted in June, 2017, Nintendo American President Reggie Fissami also said, "Is VR fun or social? I do not think either of them is yet." About VRTalkis. In addition, in the interview of the AP communication, "VR technology is not yet complete, from our point of view ... Complete things can be done, and when there is a pleasant experience there, we think that we will be in the VR field," It seems that you feel that entry into VR is premature as well as Mr. Ravel. Also, President Fisami will target only the top end among 4K technologies among traditional TV users, he says, "It is a too limited strategy"The Verge interviewI am telling you.

Charlie Cybetta, senior director of corporate public relations in Nintendo America, said Ars Technica in 2014interviewIn the comment that "Nintendo is constantly looking at the latest technology because we are watching everything that helps to increase game play and make it more interesting than we think," Nintendo It is revealing that it is open to the latest technology. However, Mr. Shigeru Miyamoto who is the creator of Mario experienced VR actually in 2015 and thinks "VR does not fit well in (Nintendo's family-centered gaming experience)"TalkAs you can see, the response to VR seems to be mixed in Nintendo.

Summarizing these interviews, Ars Technica wrote that "Nintendo is likely to take a while to adopt" high-end "technologies such as VR and 4K.

There are also cases where users who can not wait for VR headsets to be released from Nintendo forcibly attach Nintendo Switch to the headset and make their own VR headsets.