Among the latest performance and financial information published by Nintendo, I presented the best-selling titles among the main products Nintendo 3DS and Nintendo Switch. Nintendo Switch Top 5, Top 10 Nintendo 3DS is revealed, that popular game is to be reigning top position.

The published information is information as of the end of September 2017, according to which Nintendo Switch released on March 3, 2017 is sold at 7.33 million units and 27.48 million softwares. Meanwhile, since Nintendo 3DS LL and New Nintendo 3DS, which had been released on February 26, 2011, Nintendo 3DS has appeared in various body versions, the main body is 68.98 million units, the software is 343.07 million as much It is said that it is being sold.

The most popular game software for Nintendo Switch is "The Legend of Zelda Breath of the Wild"As of the end of September, 4.7 million copies were sold worldwide. The second largest selling number is "Mario Kart 8 Deluxe"It is 4.22 million books, and it is a figure which is thin in the legend of Zelda legend Breath of the Wild. And the third place is Nintendo's new shooting game series that is "Splatoon 2"The number of sales is 3,610,000. All of these figures are the sum of the sales of the physical version and the download version, and it is said that the figure of Nintendo Switch body and game software is included as a set.

Nintendo Switch's top five game software sales figures are as follows. Since it is only game software that I reviewed in GIGAZINE in the past, if you are interested in what kind of games, please check the article.

1st place: The Legend of Zelda Breath of the Wild (4.7 million) 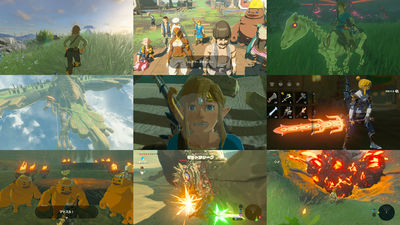 When I tried "Mario Kart 8 Deluxe" with Nintendo Switch for the first time in Mario Kart 64, I was touched by the immutable pleasure - GIGAZINE What is funny with the new sense rating game "ARMS" that moves by moving hands? I tried to experience the infinite possibilities of Nintendo Switch - GIGAZINE 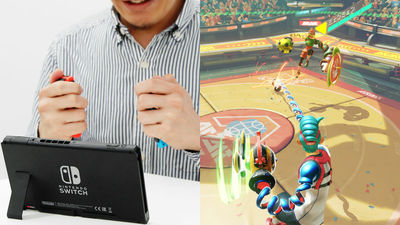 On the other hand, the number of game software sales of Nintendo 3DS has hardly changed since it was updated in February 2017. Three out of the top five have become the software of the Pocket Monster series and demonstrate the strength as ever. The best selling game software in Nintendo 3DS is 16.2 million cards of "Pocket Monsters X · Y", the second place is 15.95 million books of "Mario Kart 7", and the third place is 15.91 million pieces of "Pocket Monster Sun Moon". Among the game software included in the top 10, there are as many as five Mario related things, and it feels like Nintendo's signs characters as expected.

The top ten game software sales figures of Nintendo 3DS are as follows.