Every substance (matter) in the universe, electrically with opposite propertiesAntimatter(Anti matters) exist. These two are in a relationship of emitting high energy and disappearing together when colliding, but because the universe could exist in this way, there would have been reason to only have few or few antimatter. In order to locate such a mystery, CERN (European Nuclear Research Organization) investigated the properties of antimatter, but "Again, there must be no substance in the universeThere is no choice but to say that results have to be said.

CERN Research Finds "The Universe Should Not Actually Exist"
https://futurism.com/cern-research-finds-the-universe-should-not-actually-exist/

In contemporary space theory, it is thought that the same number of large quantities of substances and antimatter was created in the "Big Bang" where the universe first came into existence. Immediately after that, the substance and antimatter mutually ceased to disappear, but as a result "material" remained in this universe, our body and the earth, the solar system · the universe itself existed It is considered to be. Thanks to the very small difference in the number of substances and antimatters at the outset, we can now think that our human beings "were less antimatter?"

I understand that this antimatter can still be produced by giving high energy to substances. It is reported that verification may be carried out using a huge accelerator with a diameter of several kilometers or possibly the jet aircraft jumped into the thunder cloud may have observed things like antimatter. 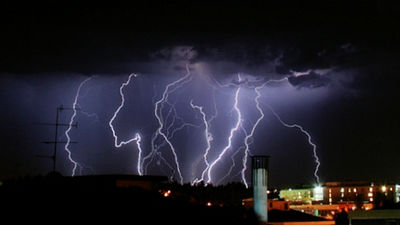 Many researches such as differences in masses and differences in electric charge have been repeated so far on what this difference is, but CERN has been studied by using the method developed by Mainz of Johannes-Gutenberg University in Germany, We measured the difference in magnetism between antimatter. It is used here to trap charged particles in one place by using the force of the magnetic fieldPenning TrapMeasurement can be performed with a precision that the measured value is 9 digits higher than that of the conventional device by a method called a measurement method. It was able to measure magnetism with accuracy of 350 times that of the most accurate device actually existed so far.

However, it turned out that the result was "no difference". In other words, the most accurate measurement method that humankind can currently make is that no difference was found between material and antimatter, at least in terms of magnetism. Mr. Christian Smola, researcher at CERN says, "In our research, it has been observed that substances and antimatter have perfect symmetry, which means that the universe can not exist". Asymmetry must exist somewhere, but we can not understand the difference, what is the origin of this difference? ", In the press release It is marked with.

We knew that there was no difference in mass and charge between substance and antimatter, but from this result it was confirmed that there is no difference in magnetism. In the future, more accurate measurements will be carried out for protons and anti-protons constituting atoms, and CERN's antimatter research team "ALPHA" will conduct research on the symmetry of hydrogen atoms and anti-hydrogen atoms And it seems that attention will be gathered as to why some "reason why the universe exists" is found from there.