What is the 'Axion' particle that approaches three mysteries of the universe, such as the identity of dark matter and the existence of human beings? 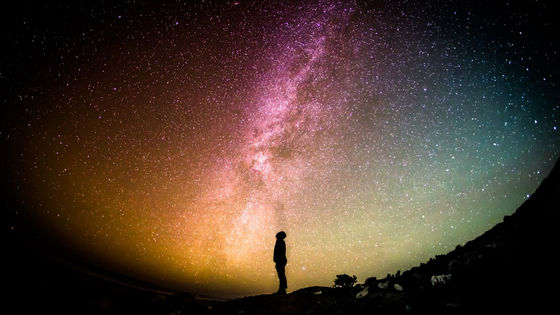 Axion is an undiscovered elementary particle that is counted as a candidate for dark matter , such as neutrinos and mirror matter . A theory was announced that such an axion would be a key to solving big challenges such as 'Why the universe has become its current form.'

Raymond Co , a physicist at the University of Michigan, and Keisuke Harigaya, a particle physicist at Princeton Institute of Advanced Studies, announced that Axion holds the key to solving the three mysteries of the universe. is. They point out that 'the current standard theory that describes the way the universe works is clearly inconsistent.' Axion is said to hold the key to the following three 'mysteries'.

◆ Mystery 1: Strong CP problem
In the first place, Axion is a particle designed to explain the '

strong CP problem ' which is an unsolved problem in elementary particle physics. The protons and electrons that make up an atom have positive and negative charges, respectively, while neutrons have no charge. However, the quarks that make up the neutrons have an electric charge, which should cause interaction with the electric field, but the interaction has not been confirmed.

This 'strong CP problem' cannot be well explained by the standard theory alone, but if an axion is assumed to exist, there is no interaction between the neutron and the electric field, so no problem occurs. 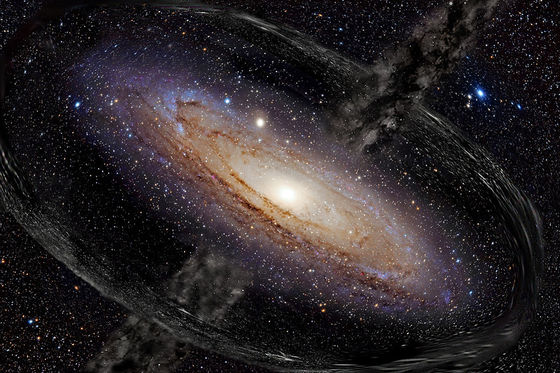 The answer to the mystery of 'asymmetry between matter and antimatter' is the existence of axion. Co and Harigaya found that axions began to oscillate when the early ultra-hot universe began to cool, and it was likely that matter was born slightly more than antimatter. The 'amount of matter that exceeds antimatter' produced by this Axion movement is said to be about one-tenth of antimatter, but it is still enough to explain the current state of the universe. thing.

Axion's work in relation to the birth of the universe is called 'Axiogenesis'. Co said, 'The movement of the axion in the early universe is like a marble orbiting the bottom of a plastic bottle. The shaking of the axion in a circular motion has shaped the present universe. A substance has been generated. ' Co further added, 'People have always been asking why' I am here. 'From a particle physics perspective, the question is,' Why matter and antimatter are asymmetric? The answer is Axion. Excitingly, our findings on Axion can explain all three mysteries, including this one, at the same time. '

`` Axion was originally proposed by theoretical particle physicists, but in recent years practitioner particle physicists, astrophysicists, cosmologists, etc. have collaborated on Axion research We hope that our research has revealed the role that axion rotation plays in cosmology and that interdisciplinary efforts can be further developed. ' He stated that it would contribute to multidisciplinary research.