'Catalog' and the card game of the name obtained by multiplying the 'talk you' and is 'Katarogu'. As the name suggests, it is a conversation-based game that uses your favorite magazines, catalogs, panlets, picture books, etc.In which one person ranks items on magazines etc. I will rank them. It is a very simple game, but the pattern of play is infinite, and you can pick up travel destinations, Christmas cakes, and hit the type you like, so you can enjoy it. 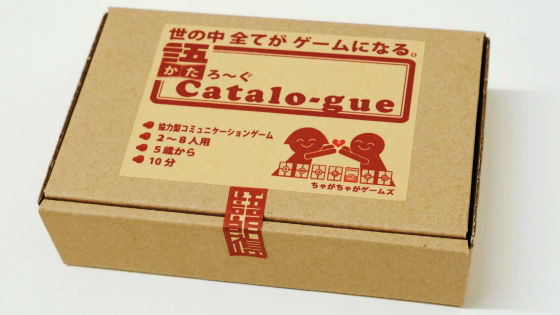 When I opened the box, I found the QR code of the porch and

Kokeshi-chan LINE stamp from Fukui . This is probably because the creator of Katarogu was Yoichiro Kawaguchi of Echizen City, Fukui Prefecture. Katarog is an item that turns your favorite magazines, catalogs, flyers, etc. into games. So first, let's play the game using a travel brochure. The seven markers made of stone are red on one side and green on the other side and contain illustrations of donut, coffee, candy, etc., so place the markers appropriately on the brochure. Cards are available in two colors and a total of 14 cards corresponding to the markers. One of the two players, Squid, ranks the countries they want to go on the brochure in their favorite order and arranges the markers and corresponding cards on the brochure face down. Only the fourth card is turned face up. This is a hint. Make sure the marker that corresponds to the face up card is also upside down. Poland is the 4th place where squid wants to go. After that, another player Mario asks Squid and assigns the first to seventh places in order. The content of the question is completely free, but squid may or may not answer the question. Mario was convinced that 'This is it!', Asking 'What have you been to that country?' 'What are you worried about most in that country?' Is Morocco. Squid said, 'I like walking around the city and want to see the cityscape.' The Moroccan brochure says that the two major world heritage sites were marked as the decisive factor. Mario shows her hand with the same mark as the marker placed in Morocco. When I turned over the first card in the squid's hand, the answer was wonderful. `` Morocco has a city called

Chefchaouen with only blue buildings, all of the walls of the house and the steps of the road are blue, but the bluishness is slightly different, it is a fantastic sight as if it is not of this world I'd like to go someday ... '. The squid has a LOVE token ... If you answer correctly, Mario will get this LOVE token. 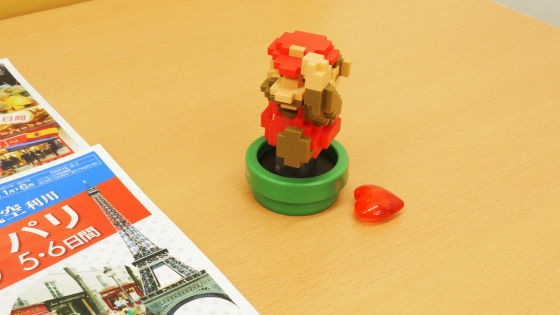 With such a feeling, proceed with the second card, the third card, and so on. “Have you ever been to that country?” “Yes” “Dangerous?” “The moment I arrived at the airport and tried to move by train, I became a pickpocket duck. Mario said, 'What is the atmosphere of the city?' 'Depending on the city, if you go to a rural town in the south, the atmosphere is calm but you can not speak English at all.' It will be inferred whether it is an English-speaking country or a safe place. 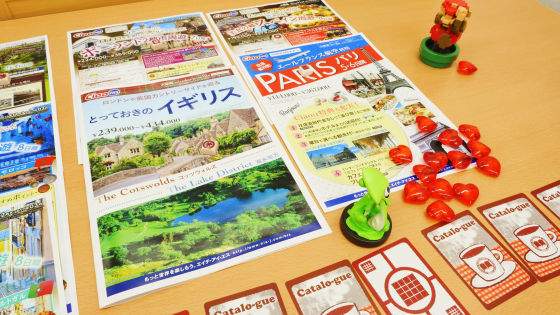 However, if you do not answer correctly ... I do not get LOVE tokens. If it is incorrect, Squid will disclose the ranking of the card that Mario offered, saying 'The donut mark was fifth!' The game ends when there is only one face-down card. By the way, Mario was able to get one LOVE token at this time. You can also play different ways. It is the same up to placing the marker on the flyer or magazine, but this time Mario arranges the cards with the face down in the order you like. Then, turn the two cards face up at the same time and see the sync rate. At this time, the synchronized card was only the third place Bali. When deciding where to travel, if you choose a synchronized location, it seems that fighting will not break out. After playing it several times, it turns out that this game is more enjoyable to play with 'a catalog with one or both of them who likes and knows very much'. When playing with editorial staff who like voice actors, I tried using the ranking of popular voice actors. 'Why did you like it?' 'The voice actor listens to the radio where he plays personality, and there are too many characters standing up ...' 'Aren't you like certain anime and other characters?' I heard that he had recently appeared in a work called XX 'and' Please do a bit of that character '... It is also possible to play with three or more people. The basic rules are the same ... When playing with three or more players, instead of showing your hand, the person who wins will point out their answer while saying 'Katarog!' If you answer correctly, each will get a LOVE token. 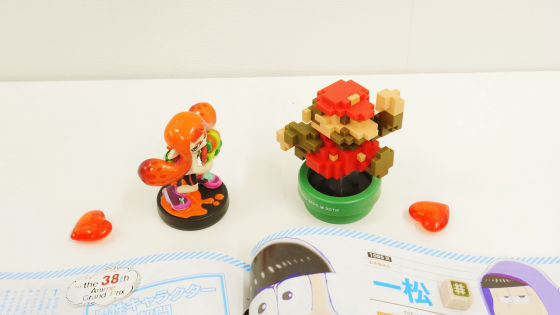 So, when I actually played, Katarogu was a game for enjoying conversation rather than competing for wins or losses. The more people are enthusiastic about one thing, the deeper the content and the more exciting it gets. Also, when you talk about something you like, people often talk unilaterally, but there is no such thing as it is predicated on 'questions' and 'answers'. It's a great way to get acquainted with each other as you get excited while having a conversation. In fact, there are some experiences that children with autism who have a weak relationship with others have been able to understand their values.

In addition, it is 2160 yen including tax, but it is sold out at the time of article creation, and it seems to be in stock in late February 2017.