According to the survey, more than 80% of people read aloud the text in their head even if they read it silently when reading a text such as a book. rice field. 'Inner voice while reading' is a field that has hardly been studied so far, and it is thought that it may be useful for research on hallucination disorders.

You hear a voice in your head when you're reading, right? – Research Digest
https://digest.bps.org.uk/2016/02/22/you-hear-a-voice-in-your-head-when-youre-reading-right/

The question posted on Yahoo Answers , the largest Q & A site in the English-speaking world, was used to investigate 'whether you can hear the voice reading aloud in your head while reading.' According to Ruvanee Vilhaue of New York University, who conducted the survey, Yahoo Answers posted 24 questions about the voice heard while reading between 2006 and 2014, with a total of 136 answers. It was said that it was.

Analyzing all the questions and answers, Vilhaue found that 82.5% of users claimed to 'hear an inner voice while reading.' 10.6% of users argue that they can't hear their inner voice, and 13% of those who say they can hear it can hear it because of factors such as how interested they are in the content of the book. He said that there were times when he couldn't hear it. Also, in Yahoo Answers, 'whether the voice of the inner voice while reading is constant' is also a subject of debate, and those who say 'there are various voices' are the characters in the book and the sending of letters and emails. Answered that the voice color changes depending on the person. The user who answered 'the voice is the same every time' said that the voice was similar to his own voice, but the pitch and tone were slightly different. Some respondents said that the voice they hear in their heads when they think about things is exactly the same as the voice they hear while reading.

In addition, some users said that they could control their voice freely, and some users posted that they were distracted by their inner voice and sometimes felt scared. Vilhauer has contributed a paper to the medical journal Psychosis , which deals with psychology and psychological therapy, presuming that the condition of not being able to properly identify the inner voice while reading or thinking is 'phantom hearing symptoms'. increase. 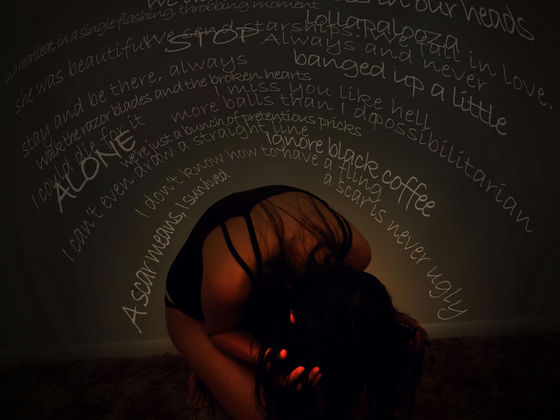 According to Vilhauer, little research has been done on the inner voice while reading. Vilhauer speculates that the reason is that 'people who can hear the inner voice and those who cannot hear it have spent their time taking it for granted.' The British Psychological Society , a British psychological research organization, said, 'Since the survey conducted in this paper does not follow the conventional survey method, more than 80% of people hear their inner voice while reading. The conclusion is unconfirmed. '

In the field of developmental psychology, it is said that it is around 9 to 10 years old that you can ask yourself questions and think about things abstractly, but free play and conversation in childhood are abstract. It is believed to be the basis of traditional thinking. The phenomenon that suddenly becomes difficult to learn around 9 to 10 years old due to lack of experience in childhood is called '9-year-old pass' or '10-year-old wall', especially for hearing-impaired children after 10 years old. The following books detail that learning will be difficult.