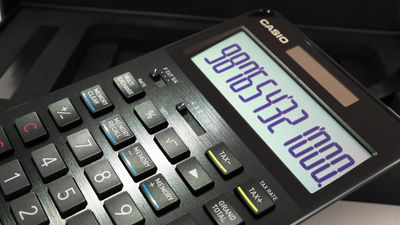 Casio Computer has released the premium calculator ' S100 ' with the concept of 'pride to have and pleasure to use'. It is said that it is an extraordinary calculator that brings together the technology and commitment that Casio has cultivated over 50 years since the release of the calculator, so let's borrow an actual machine and actually use it to see what kind of usability you can experience. I did. You can see how the 'S100', which is particular about the feeling of hitting the keys, is crackling in from the following movie. 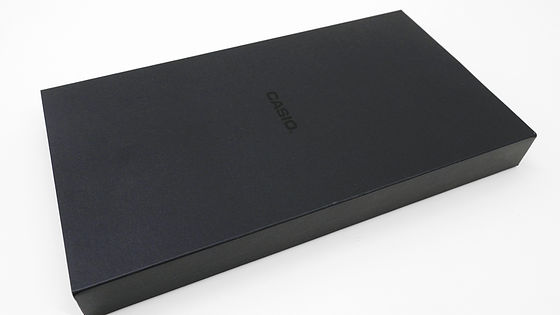 The case has a double structure, and a box came out from inside. 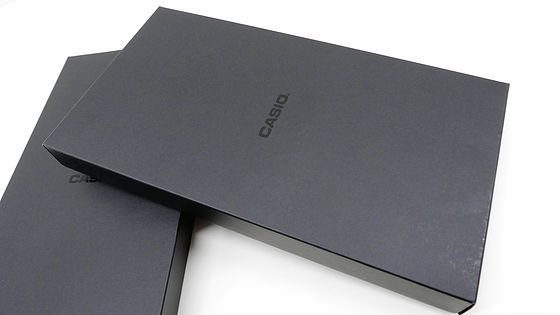 When you open the lid, S100 appears in the cushion material. 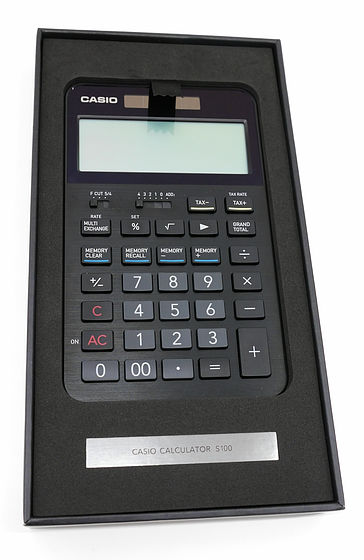 The case even contains a plate that says 'CASIO CALCULATOR S100', creating a sense of luxury. Casio's first electronic desk calculator '001 type' was released in 1965, and Casio has had a great influence on the calculator industry, but 'S100' follows the product name of the first calculator , 'S' Is attached from 'Special'. That's why the flagship model calculator 'S100' is packed with Casio's 50-year history of calculators. 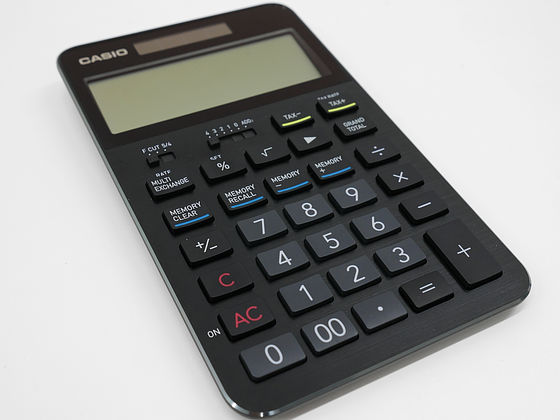 Below the LCD screen, there are two types of knobs that allow you to adjust the fraction and position of the decimal point. The left is the 'round selector' and the right is the 'decimal point selector'. 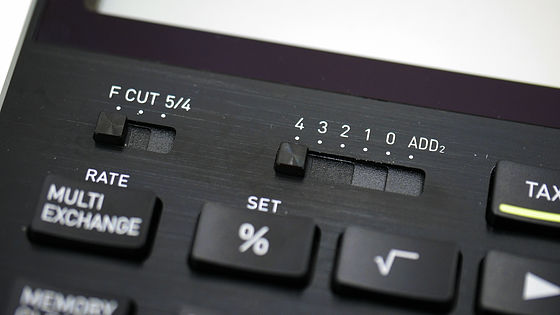 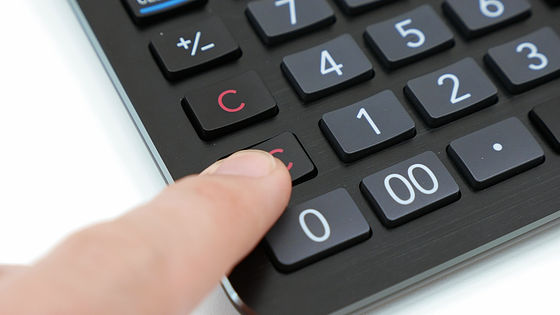 Numbers are now displayed on the LCD. 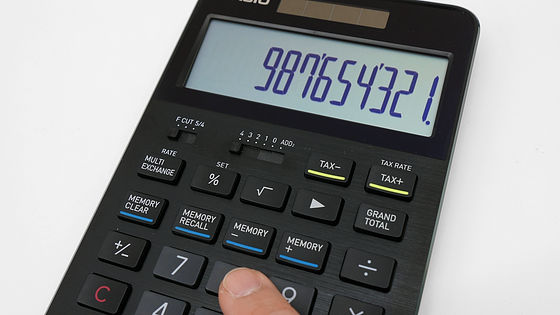 The key of the S100 is 'two-color molding finish', and the numbers do not easily disappear even after long-term use, making it conscious of heavy users. Uses the industry's first 'V-shaped gear link structure' and 'thin isolation key'. 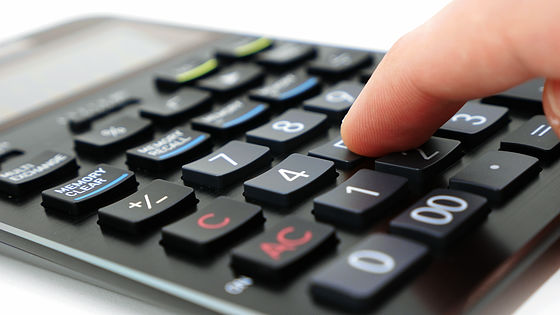 Since the pressure direction does not move no matter where you press the key, you can operate the key with a sense of stability. 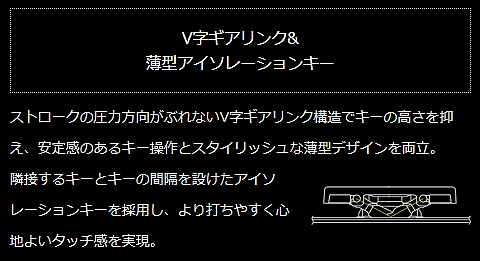 You can see how much the key stamping feeling is different from the movie compared with the old calculator from the following.


There is also a convenient function that allows you to immediately see the 8% consumption tax by pressing the tax calculation button. 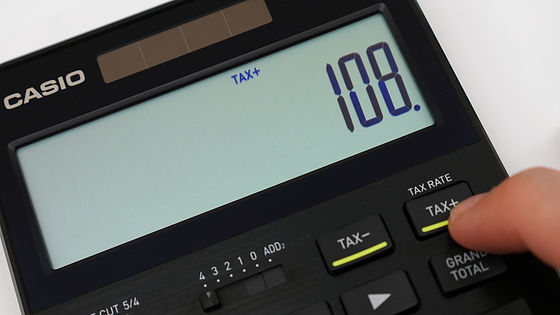 The liquid crystal display looks like this, and uses 'double-sided AR coated display window' and '

FSTN liquid crystal'. The transmittance of light such as fluorescent lamps is increased, and information is displayed clearly under various light sources. 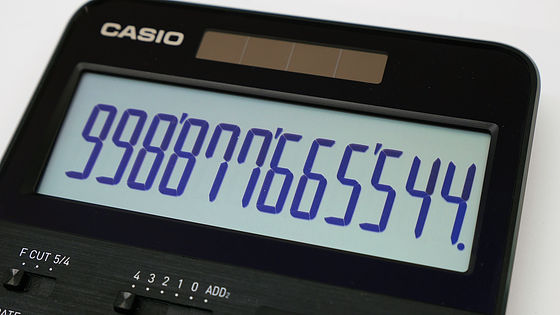 You can see that the liquid crystal is angled in the window. 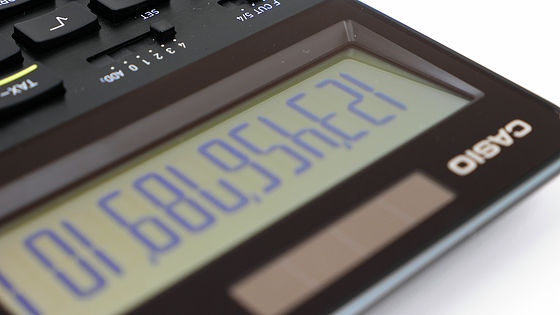 An elastomer resin stopper is attached to the back side, so the 'calculator moves when hit', which is often the case with cheap calculators, does not occur. 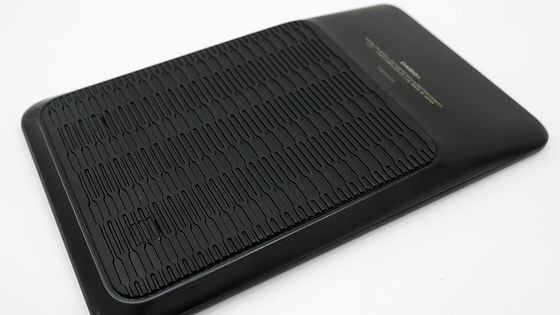 It has a smooth feel that is a little different from rubber, but it is certainly very stable. The machined aluminum body has a hard feeling, and the appearance changes depending on how the light hits it. The aluminum on the surface has a hairline finish, so there are lines in one direction. The bezel is diamond-cut and has a tablet-like design rather than a calculator. 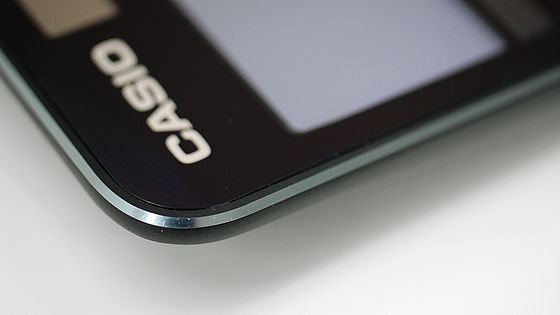 When you take it in your hand, you can feel the weight that is not like a calculator. It's not that it's heavy and tiring, but it's a moderately luxurious weight. 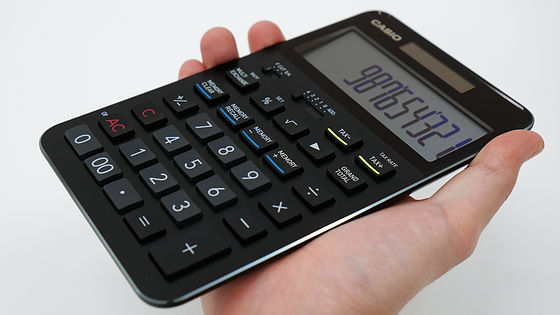 When I actually measured it, it was 237g. 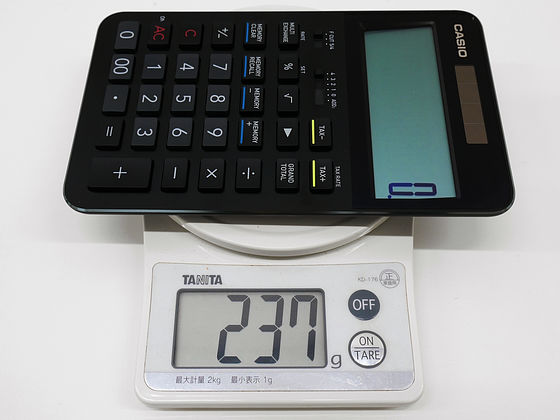 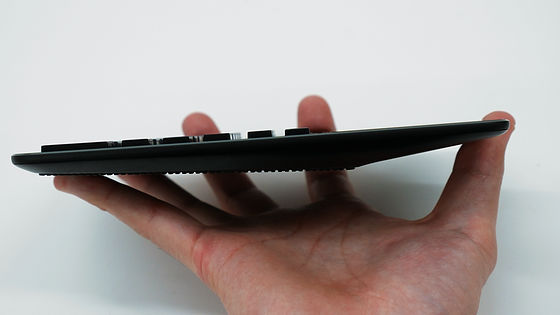 The 'S100' has been on sale since September 30, 2015, and the price is an open price, but the estimated market price is expected to be 27,000 yen excluding tax. Although it is classified as a fairly high-priced product as a calculator, it has a simple design but a subtle sense of luxury, and if you are a professional who shows the calculator to customers or people who use the calculator every day, you will use it for many years. It may be an ant to have one as a 'premium calculator'.