We have tasted the 'Sauce Katsu Don' from Yoroppaken, which boasts a history of over 100 years, at the main store. 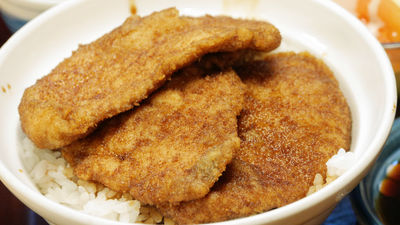 After opening in Tokyo Wasedatsurumaki (Shinjuku-ku, current) in 1913, the Great Kanto Earthquake moved to Fukui in 1923 that has occurred, shops originator of Sosukatsu bowl that set up the 19 stores in the current prefecture is 'Europe eaves' is. 'Sauce Katsu Don ', one of Fukui Prefecture's specialties on the signboard menu, uses the original sauce prepared in Germany, the predecessor's training destination, and has attracted many people for a long time. This time I went to the main store while I was on a business trip to the Hokuriku area.


Arrived at the European eaves. Even in front of the shop, you can appeal the sauce cutlet bowl by climbing. Although many stores in Fukui Prefecture are now able to eat sauce cutlet bowls, it seems that this store is the originator and is particular about sauce, bread crumbs, and rice. Although there was no line, the store was full and I waited for about 5 minutes before entering the store. The inside of the store is non-smoking and looks relatively new. It was often used for TV coverage and was decorated with celebrity autographs. Table seats were prepared on the first floor and it was full. The state of the store in the 1965's was also decorated with photos. In addition to table seats, there is also a tatami room on the 2nd floor, making it friendly to families. When I sat down and looked at the desk, I found the ' Katsudon set (1080 yen including tax)' with salad and miso soup on the sauce katsudon. I will order immediately. 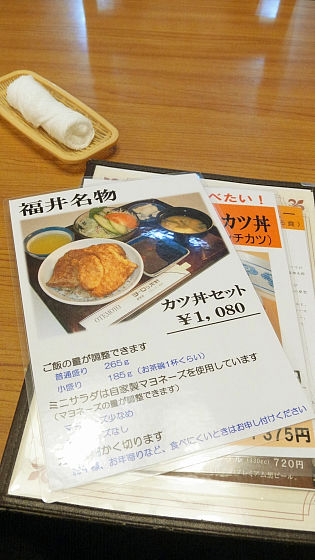 Read the Asahi Shimbun article on the menu table and wait for the arrival of the Katsudon set meal. Katsudon set meal arrived in less than 10 minutes. The burnt and fragrant smell of the sauce wraps the table. Katsudon Set meal sauce Katsudon is the same as the single item menu. The secret sauce seems to be passed through freshly fried pork cutlet, and it was a little burnt and smelled fragrant. There are 3 pork cutlets on it, and the thickness is 8 mm, which is thinner than the usual one. The size of the pork cutlet was a little smaller than the iPhone 6. First of all, when you try to eat from the cutlet soaked with plenty of sauce, the taste and sweetness of the sauce and the burnt aroma are exquisite, and the thin bread crumbs are not sticky even though the sauce is soaked, and the texture is crispy. The pork cutlet is about half the thickness of a normal pork cutlet, so the taste of the sauce is inevitably stronger than that of the meat, but the salt content was not too high and it was well-balanced. It goes without saying that the pork cutlet soaked in the sauce goes well with the rice, but even if you eat it with the soaked pork cutlet in the sauce, the chopsticks will go on steadily. There are shops in Kiryu, Maebashi, Komagane, Ichinoseki, Aizuwakamatsu, Kofu, etc. that serve sauce cutlet bowls, but Fukui's sauce cutlet bowl does not seem to have raw cabbage on the bowl. 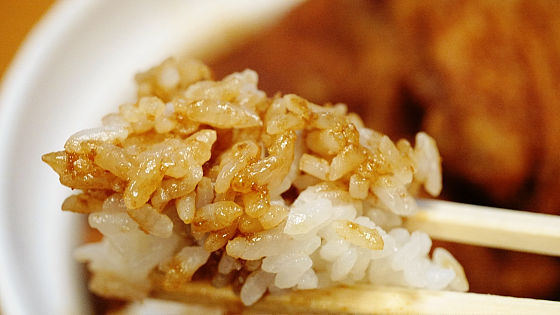 The sauce is attached, so if you want to make the taste stronger, you may want to add more sauce to eat. The cutlet itself doesn't have a lot of fat, but the salad is just right for refreshing the mouth. The mayonnaise that came with the salad wasn't that sloppy. 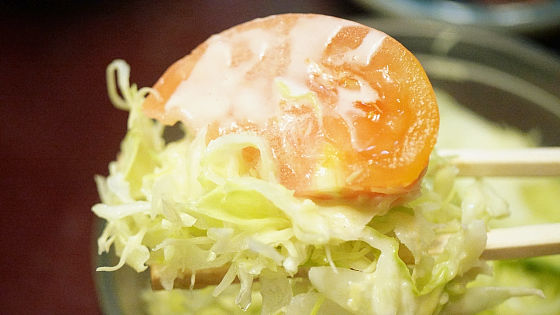 Since the sauce katsudon is the main character in the katsudon set meal, the taste of miso soup was not so strong and light. The price of 1080 yen including tax seems to be a little high, but considering the quality, it is a reasonable price. 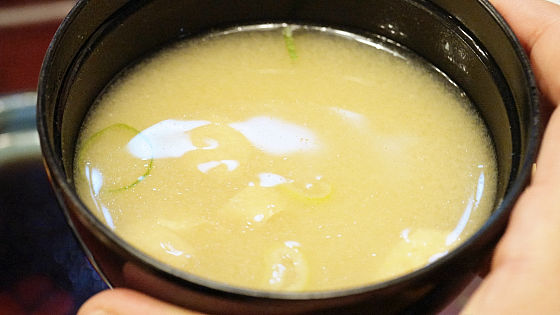 The main store in Europe is open from 11:00 to 20:00 and is closed on Tuesdays. There are also branch stores in Tsuruga City and Sakai City in Fukui Prefecture, so if you go to Fukui Prefecture, you can eat it once and it will not hurt.