What is the difference if people from all over the world modify one photo of a woman to 'make it beautiful'? 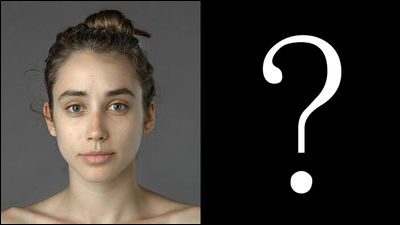 Image retouching and retouching with Photoshop is now commonplace, but what if nearly 40 web designers in more than 25 countries around the world were given a photo with a request to 'make me beautiful'? Will you do it? ESTHER HONIG 's attempt to find out is 'Before & After '. It reflects individual tastes, but it also makes it possible to understand cultural differences in 'beauty' that transcend individuals, and the results are very interesting.

First of all, this is the original photo of a woman. This photo will be modified by people from all over the world. 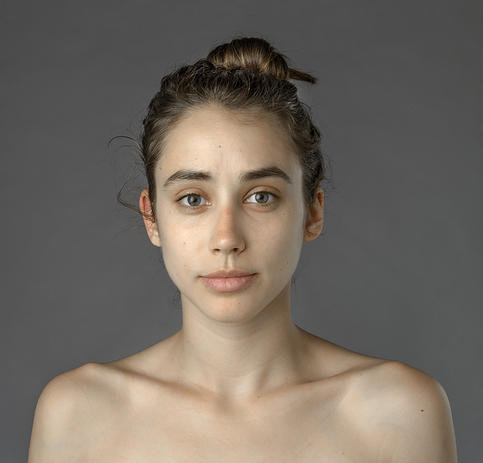 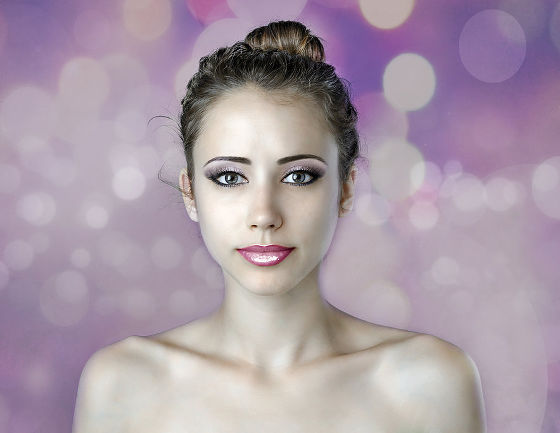 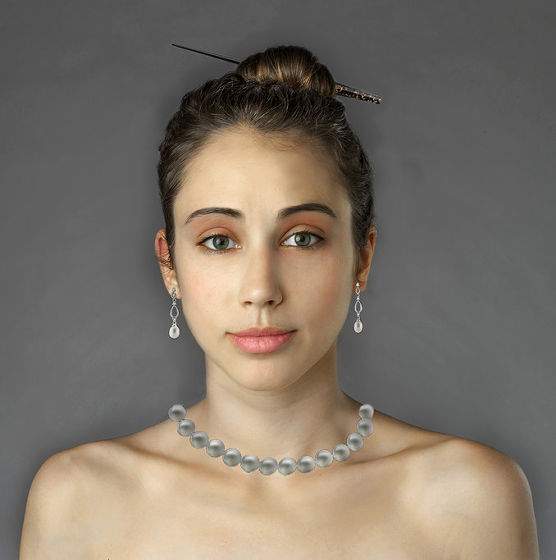 South America seems to have a tendency to trim eyebrows. Pink eyeshadow was applied and accessories were attached. 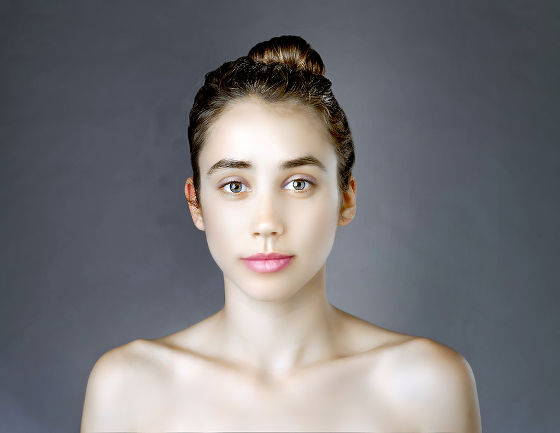 A whitening effect is seen, and the lips turn bright pink. 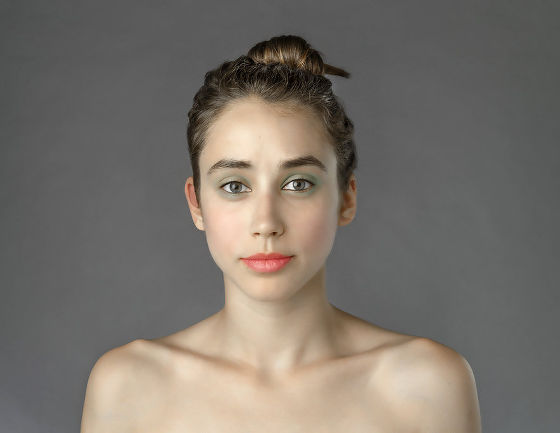 Sri Lanka has cool colors around the eyes and orange-pink on the cheeks and lips. 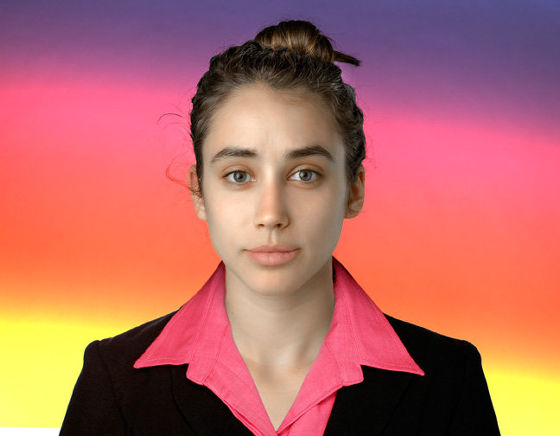 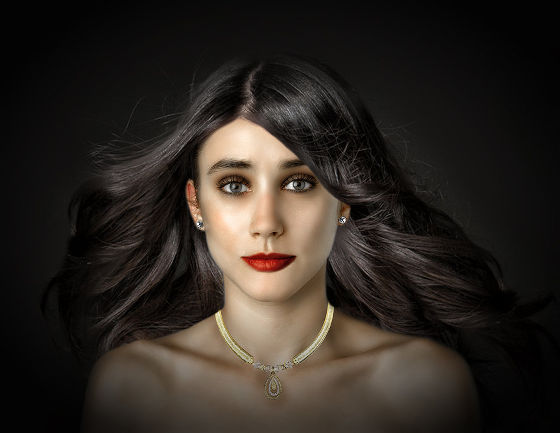 No longer a different person. 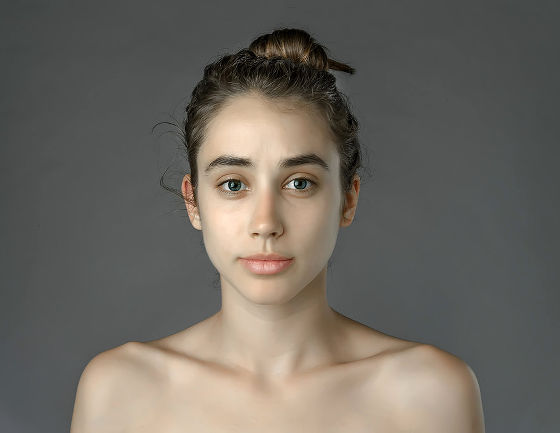 Vietnam remains almost the prototype. It has a natural finish. 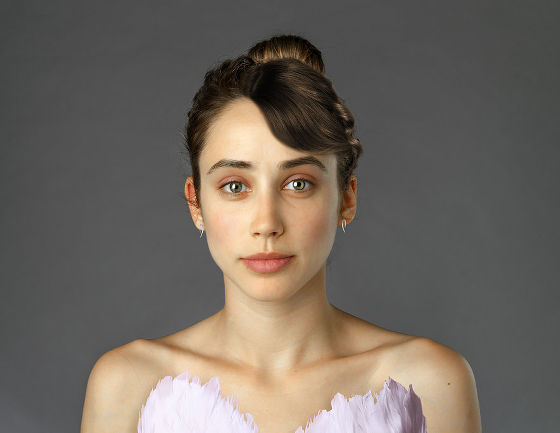 The bangs have been made and the complexion has improved, so it has changed to a slightly youthful impression. 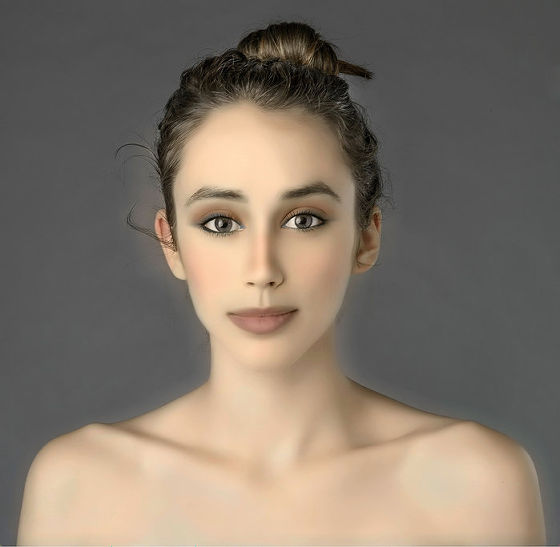 A Bangladeshi work that has a somewhat pictorial impression. The chin is slightly thin, giving an overall fluffy impression. 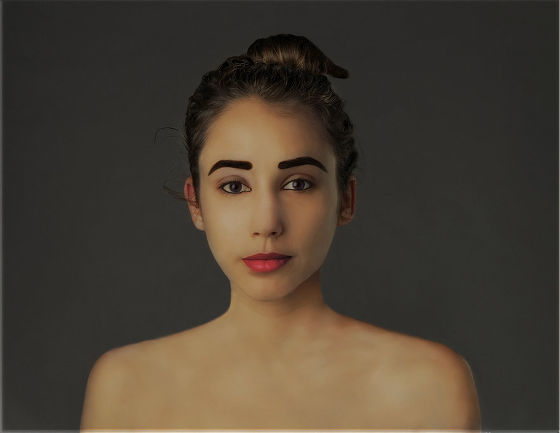 The presence of the eyebrows has increased, and on the contrary, the unevenness of the body has become less noticeable. 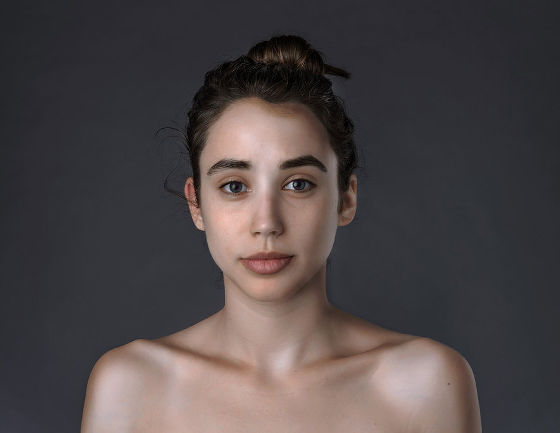 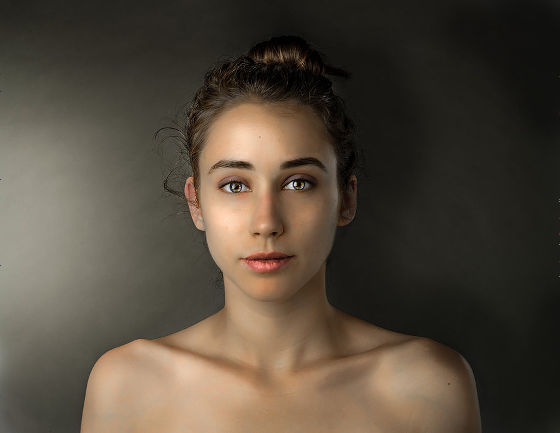 Like Israel, this also has a dark atmosphere. Natural eyebrows look out. 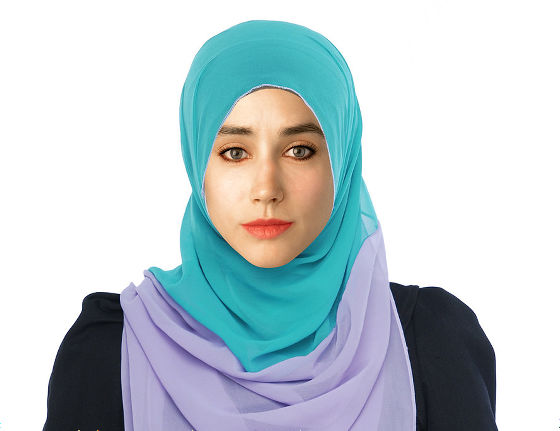 A style that covers the head with a scarf that is common in Morocco. Eyeliner is applied, which also strengthens the eyesight. 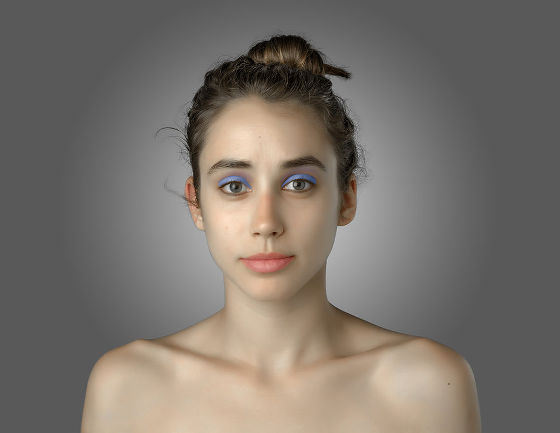 Makes the skin a little transparent. The blue eyeshadow is eye-catching. 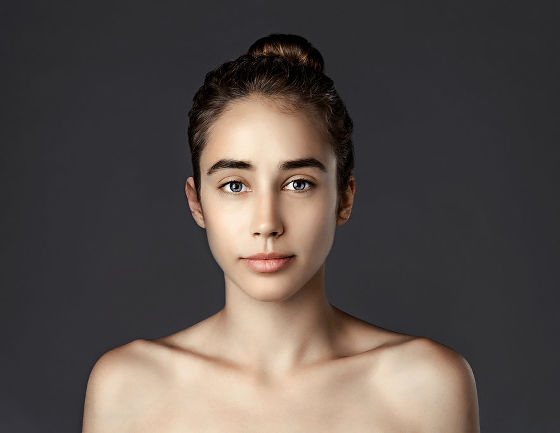 Ukraine has a brighter tone overall. 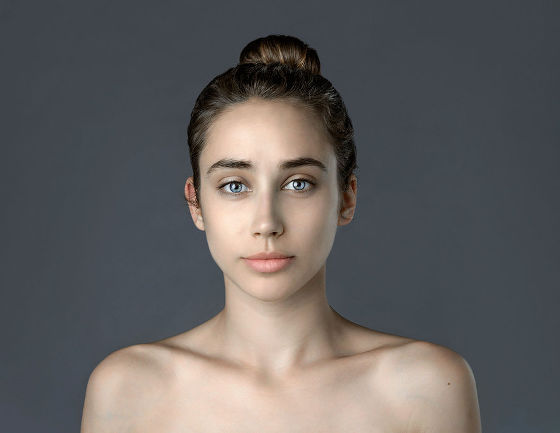 It doesn't change much, but the skin is more transparent and the hair is neatly arranged. 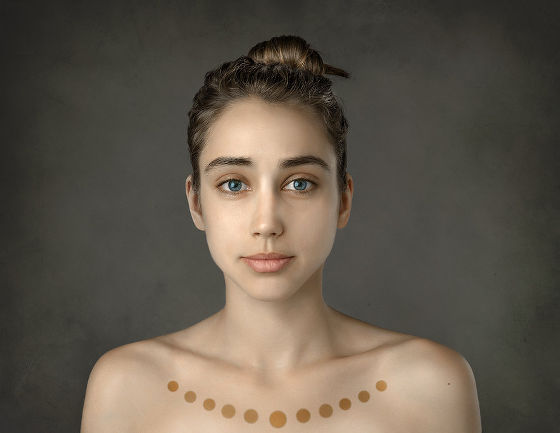 The eyes and eyebrows are slightly larger and have something like a tattoo. 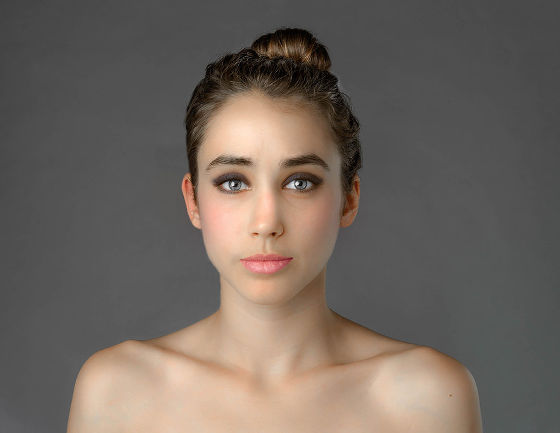 Serbia is soft, but has dark eye makeup and pink cheeks and lips. 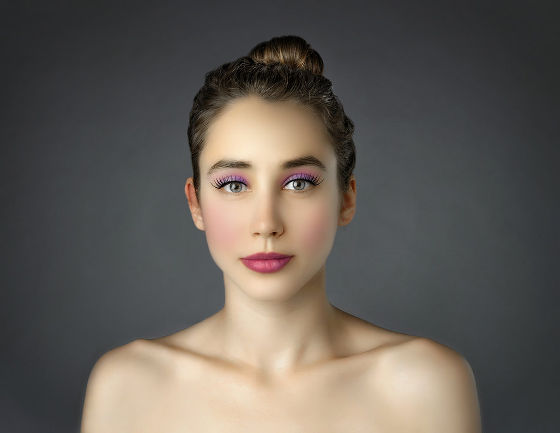 False eyelashes have a strong presence. The feature is that warm colors are placed on the eyes, cheeks and lips. 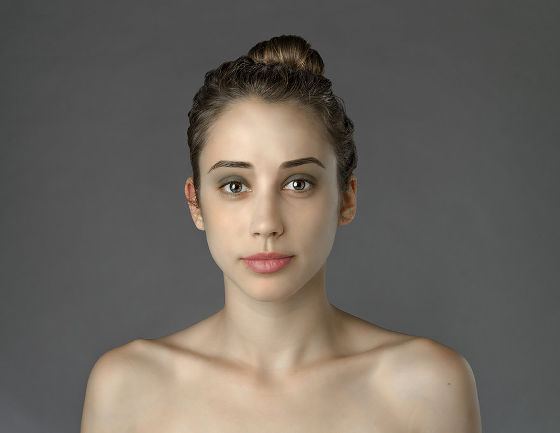 In Italy, the eyebrows are trimmed and blackish eyeshadow is used, but the eyeliner is not thick, so it gives a rather natural impression. 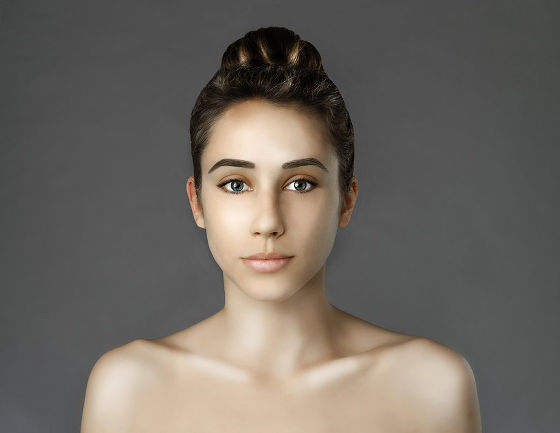 The UK was the one that gave the overall impression of being crisp. 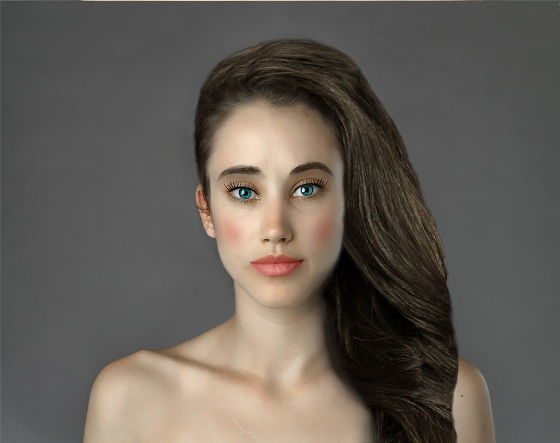 In the United States, too, the changes are drastic, the hair is just rich, the eyes are slightly slender, and the false eyelashes are growing sharply.

When all the above women are lined up, it looks like this. In addition, there was a person in Japan who actually modified the same photo in Photoshop.

I tried it. It's true that girls' tastes are exposed. RT @ ichiro50 If a woman is modified by a person from 25 countries in Photoshop, it's interesting to see the difference in the standards of beauty / http://t.co/dnZFExPVlp pic.twitter .com / Ub2teXmVUd

The feature is that the eyebrows are natural, the three-dimensional appearance of the eyes disappears a little, and the cheeks and lips are reddish. 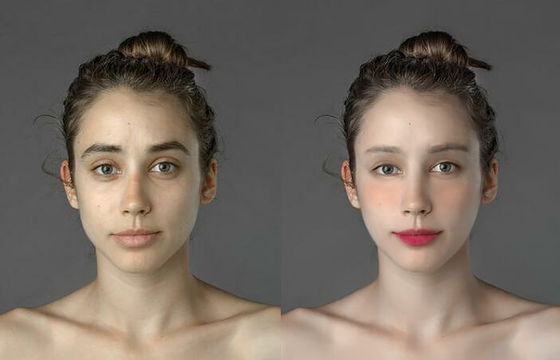