10 great inventors who lost their lives due to their invention In the case of gag, even if an explosion accident occurs during research, the hair is pin-pinned to the extent that it becomes fluffy ... It is a figure drawn as a stereotype of the 'inventor' character, but the actual invention Since the house is not immortal, accidents that cannot be done by gag may occur. At times, it seems that the invention can be fatal.

Introducing 10 inventors and scientists who have lost their lives due to their own inventions, developments, and discoveries.

10 Inventors Killed By Their Own Inventions
http://www.elistmania.com/juice/10_inventors_killed_by_their_own_inventions/ 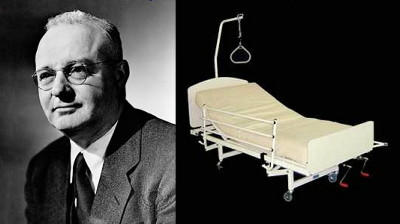 Thomas Midgley, who developed leaded gasoline and discovered Freon , is known as 'the most deadly inventor in history.' He himself became lead poisoning due to leaded gasoline, and at the age of 51 he was infected with polio , so he decided to go to bed. Still unabated, Midgley devised and used a device to get out of bed using ropes and pulleys. However, at the age of 55, this device got entangled in the neck and was suffocated. 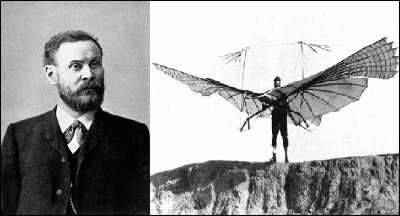 Hang glider Lilienthal, known as a pioneer of aviation who invented the can, but we are flight test also really 2500 times in a hang glider, which made itself from 1891 sieved 1896, August 9, 1896, the wind during the test flight He crashed from a height of 17m and broke his spine and died the next day at the young age of 48. The last word has some implications, meaning 'small sacrifices must be made', and it is daunting to call one's death 'small sacrifices' for the dawn of the aviation era. 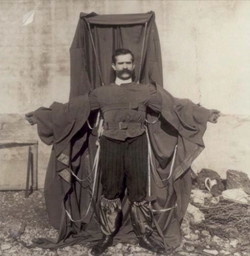 Reichelt, a tailor and inventor who invented the 'parachute coat', which has almost the same principle as the modern parachute , was in front of a large crowd and interviewers in front of the world as an artificial structure at that time in order to prove the result of the invention. I demonstrated that I jumped off the deck of the Eiffel Tower, which was the highest height, but the parachute did not open and I crashed to the ground and died. 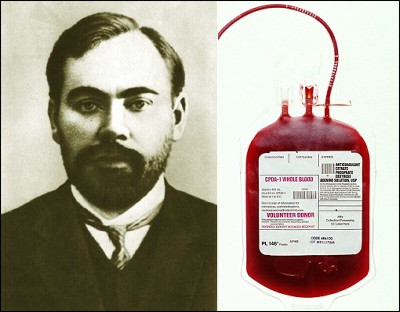 Bogdanov, a famous Russian doctor, philosopher, economist, revolutionary and even sci-fi novel, suddenly said in his middle ages that 'blood transfusions can rejuvenate humans, and immortality is not a dream.' He was obsessed with the idea, and conducted 11 blood transfusion experiments on himself, and seemed to feel a response that he had recovered his eyesight and could not lose his hair. However, he died in 1928 due to a blood transfusion from a student infected with tuberculosis and malaria. 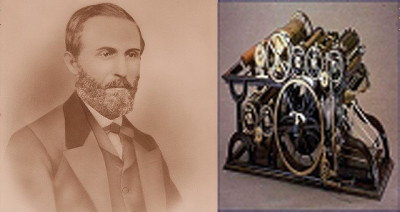 In 1863, William Bullock invented a rotary press that could print 10,000 sheets per hour, which was the prototype of the current newspaper press. He developed a new printing press in 1867, but he was frustrated because the installation did not go well, and when he kicked the belt of the rotary press while driving into the pulley, he got caught in his leg. Bullock's leg was crushed and gangrene , and four days later, a resection operation was performed, but he died during that time. Coles, who joined the 19th century Royal Navy, which was the strongest navy in the world at the time, at the age of 11 and experienced the Crimean War , designed a rotating turret to be mounted on a raft to bombard the town of Taganlog from the sea. After the war, we patented this rotary turret. When he was promoted to the Navy Captain and was entrusted with the design of the ship, a type called Turret ship , in which a rotary turret was placed on the deck instead of the cannon protruding from the flank of the ship as before. I devised a warship. The part above the surface of the water is low, and the design that loads as many weapons as possible is naturally unbalanced, and when the ' HMS Captain ' capsized and more than 500 crew members died in 1870, Coles was also a crew member. Died as one of the. 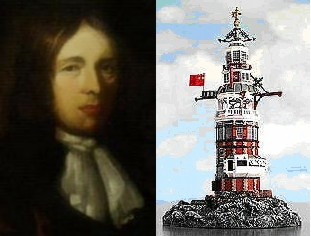 Winstanley, an architect and engineer who lost two ships at Eddystone Rocks , one of Britain's most difficult ships, has invested his own money to design the first lighthouse in the area (Eddystone Lighthouse). I built it. The octagonal wooden lighthouse, which began construction in 1696 and was lit in November 1698, was then refurbished to look like an octagonal pillar on top of a 12-square pillar base tower. However, at the end of November 1703 during the finishing work of this renovation work, the historic ' 1703 storm struck. After the storm passed, the lighthouse was washed away without a trace and slept for work. Winstanley himself, who had been there, disappeared with the lighthouse. 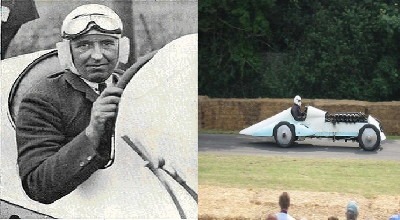 A Welsh motor racer and engineer, JG Parry-Thomas set a speed record of 273.6 km / h in April 1926 with his own Babs car. After being deprived of the title of 'The Fastest Man on Earth' by Malcolm Campbell in February 1927, he connected the engine and drive wheels when he challenged the world's fastest again on March 3, 1927 at Pendine Sands, the coast of Wales. One of the chains broke at 270 km / h, and he died instantly in an accident where a part of his neck was cut and his head was injured. 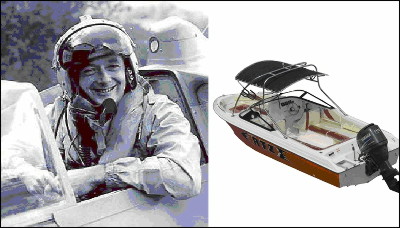 Donald, the son of JG Parry-Thomas' rival Malcolm Campbell , was as fascinated by speed as his father and was a car and motorboat racer, setting eight world records in the 1950s and 1960s. .. Aiming to break the fastest water record (444.7km / h) set by himself in 1964, he challenged the record in 1967 with the newly developed Bluebird K7 armed with a lighter and higher output engine. At that time, after recording an average speed of 478.9 km / h and a peak speed of 507 km / h in the first trial, I was supposed to wait for the first track to subside after refueling, but I could not suppress my motivation. , Immediately challenged the return trip. Due to various factors such as the rough water surface and the lightness of the boat due to not refueling, the boat floated from the water surface near the end of the 1-mile course, jumped at a height of 45 degrees, somersaulted and then from the bow to the water surface. I dive. At that time, it was said that the speed was over 510 km / h, and Donald Campbell died instantly. 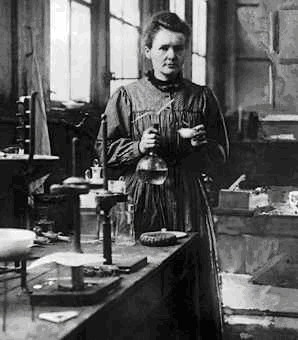 Marie Curie, who was born in Poland and named her homeland for the element polonium that she discovered with her husband Pierre Curie. The name 'Mrs. Curie' may be more famous in Japan. Mrs. Curie, who discovered polonium and radium and won two Nobel Prizes in Physics and Chemistry as a pioneer in radiation research, died in 1934 of aplastic anemia caused by exposure under study. The dangers of unknown substances and phenomena are unknown, and it may be a recurring pattern in history that pioneers are exposed to the dangers unprotected.