The memorable encounter with Pepsi Baobab is still fresh in our mind, but alternative colas seem to be a trend in Japan right now and we've spotted another interesting specimen of at our local convenience store.

Asahi Soft Drinks's "Green Cola" came out on May 25, the same day as Pepsi Baobab, in fact. Unlike Pepsi Shiso, it's not coloured green, and it's not greentea-flavoured like Coca Cola Plus Catechin, but the soda's named "Green Cola" for being "green" as in Al Gore and Alicia Silverstone, the tree-hugging, fur-dissing kind.

The colour scheme sort of reminds you of Wicked. It's not the typical design you'd expect for a "green" product. 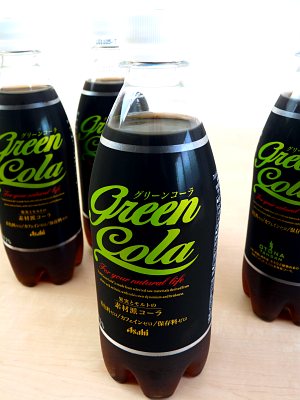 For Your Natural Life: "Asahi Green Cola" is made from selected raw materials derived from plants such as fruits, with cola's own dynamism and briskness. 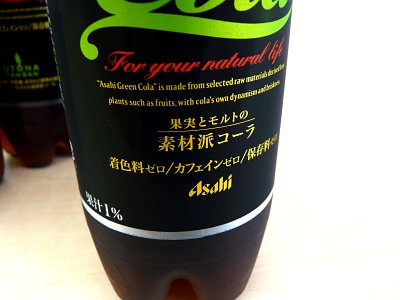 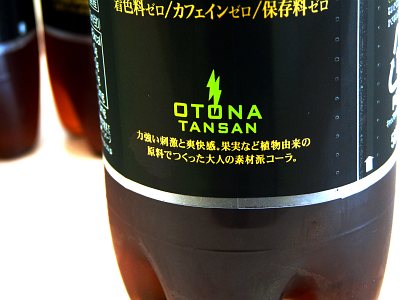 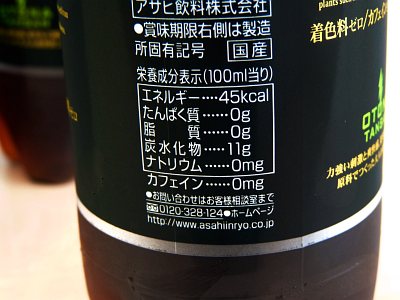 Looks like any ordinary cola, but it contains no caramel colouring so the colour must come from malt. You can smell a hint of malt and the aftertaste is sort of maltish, too. Other than that, it tastes like any other generic cola with a twist of lemon. It tastes a bit cheap, leaving something to be desired, but maybe we've grown to accept the taste of Coke and Pepsi as authentic colas and anything other as generic. 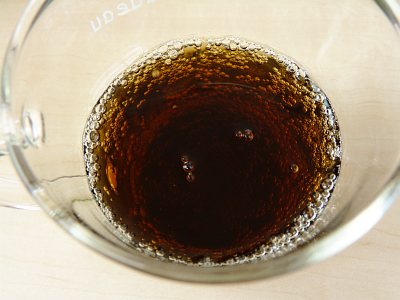 "Green Cola" is priced the same as any other brand, 147 yen (about $1.60) for a 500ml bottle at convenience stores. It'll be a good alternative if you want to make a greener choice, although it might not satiate intense cola cravings.