Tomica, a long-seller die-cast vehicle toy by Takara Tomy was born in 1970 and became 40 years old this year. Celebrating this great achievement, Takara Tomy announced some unique products for the line.

"Showa Period Tomica" is a series consisting of cars from that time, like Toyota 2000GT and Nissan Skyline 2000GT-R. Every vehicle is painted in sepia tone to give nostalgic atmosphere.

Read on for detail 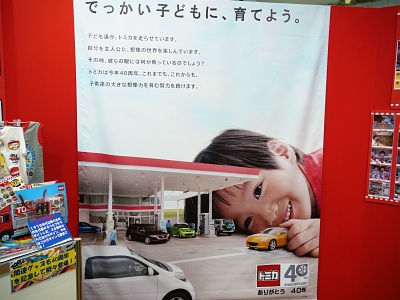 "40th Anniversary Tomica Lottery-13 Showa Period Tomica". The product will be sold separately in this box and you can't know which one is inside the box. There will be 10 variations. To be sold at 500 yen each from this June. 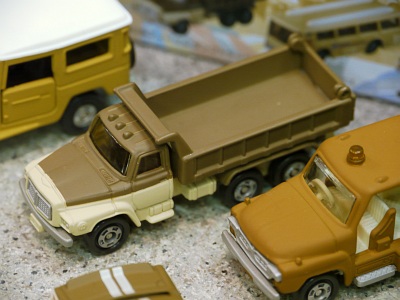 They also displayed successive Tomica building(a display base for Tomicas). This is new "Super Auto Tomica Building" to be sold from July, 2010. It has electrical elevator to make Tomicas go up and down. It is also driven by hand so you don't worry about running out of batteries. Your Tomica goes up the electrical escalator and runs down on a slope. "Tomica High Pass Mountain Driving". To be sold in July. These three toys can be combined to one big base. Seems too big for an ordinary kid's room. Let's see how they work in the video below.


In Tomica Exhibition in August, they will exhibit Tomica made of platinum. Cut from platinum block, this tiny model car is priced at 7 million yen(about $742 thousand USD) but it's not for sale.