Not a saucer, Not a pancake! "Flying Panty" flaps in the sky in Wonder Festival 2010 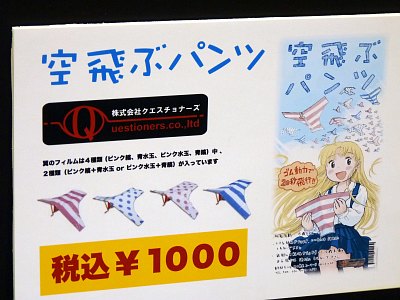 Among many bizarre expressions, last autumn's anime Sorano Otsohimoto's band of flapping panties flying in the sky could be the weirdest anime scene ever. We are still not sure what it was trying to say, but its silent message did inspire some of the viewers.

Utilizing his knowledge on aerospace dynamics, Housuke Nojiri, a leading Sci-Fi author in Japan, realized flapping panties in the air and displayed that odd object in Wonder Festival 2010.

Blue stripe version was displayed at the booth. 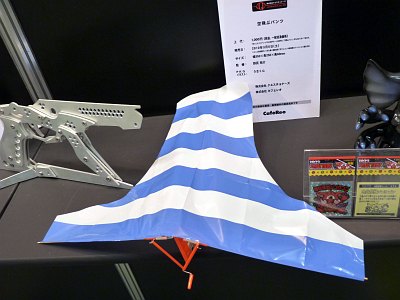 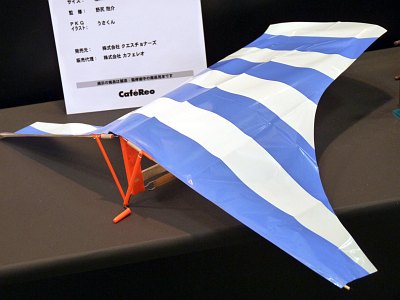 It's quite moe-inducing, for some people. 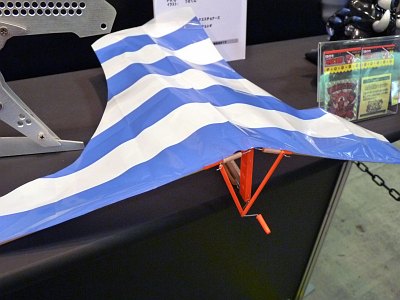 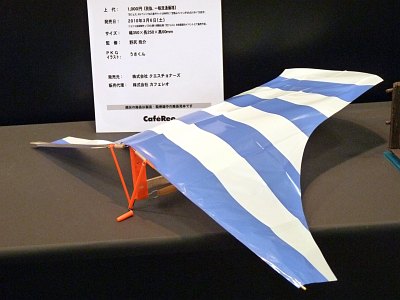 It's a modification from Ornithopter. 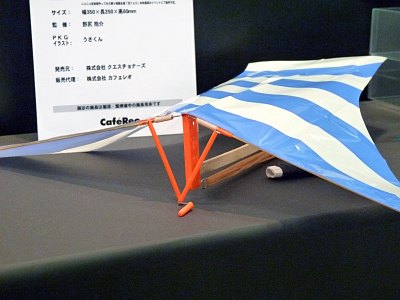 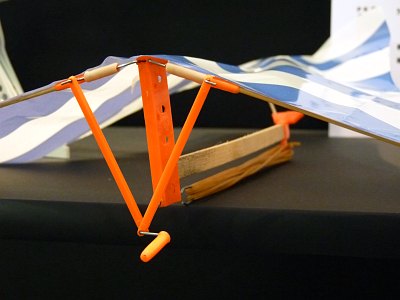 There are 4 kinds of panties(or wing markings). 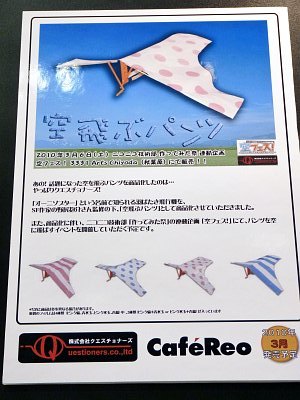 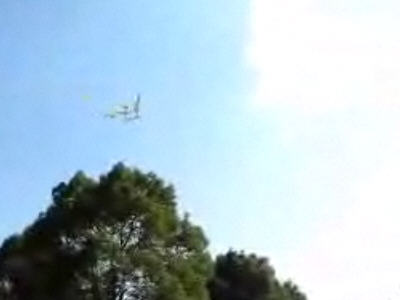