A true gamer should be able to perceive what's happening on the screen without even looking, just by the sound.

Bandai's Mousou Controller(Imagination Controller) keychains allow you to picture your character's move and play imaginary games of Street Fighter II, Xevious and Family Stadium by emitting sound like "Shoryu-ken" and "Hadoken" according to your command.

Read on for for details and pics.
(Japanese)Control Your Imaginary Game! "Mousou Controller" Official Website

NES-like controller. This one is for Street Fighter II. 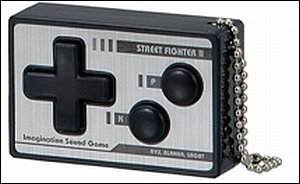 This video shall give you pretty good idea how to play.
YouTube - Mousou Controller: Street Fighter II 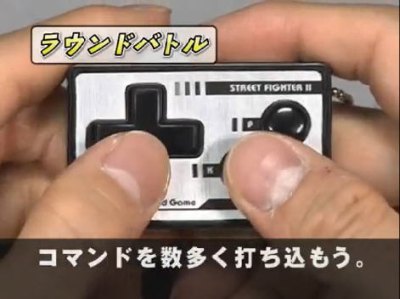 "Mousou Controller: Street Fighter II" has three modes. "Round Battle" in which you input as many commands as you can in 20 seconds, "Versus Battle" to compete with your friend who get to finish the imaginary Bonus Stage (the car-breaking) faster, and "Sound Mode" to just play the sounds you like. 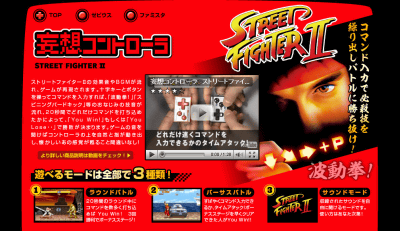 Comes in three colours, each with three characters and their three signature moves. 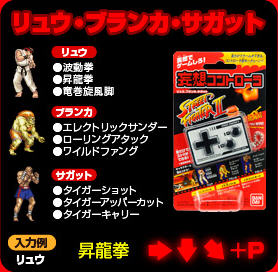 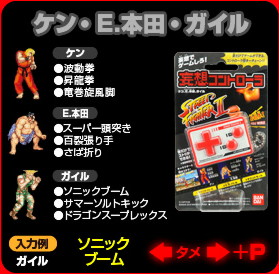 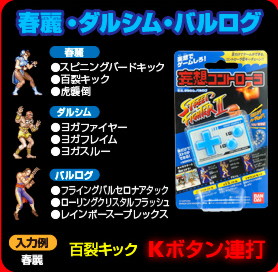 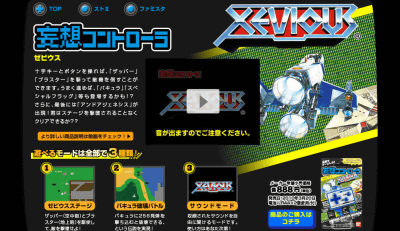 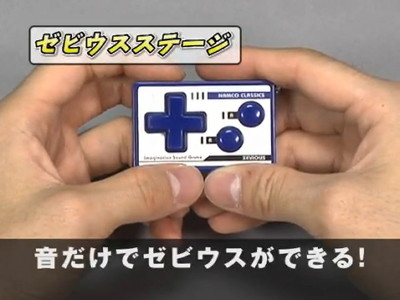 Family Stadium is a popular base ball video game series in Japan which was reworked into R.B.I. Baseball for the US release. 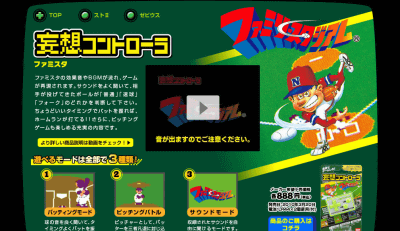 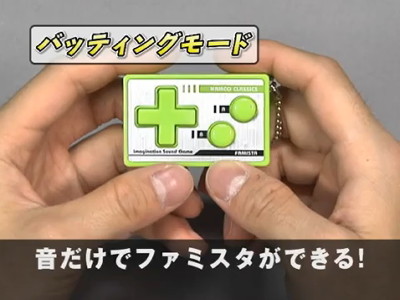 "Mousou Controller" Street Fighter II, Xevious and Family Stadium are 888 yen (about $9.80) each, to hit the stores on March 20, 2010. Now available for pre-order via Premium Bandai.