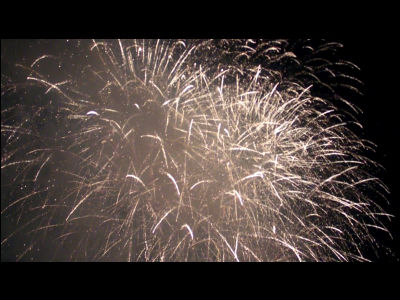 Unique type of Japanese fireworks called "Kamuro-Giku" with the characteristics of both Kamuro and Kiku (Chrysanthemum) is featured every year for the grand finale in Naniwa Yodogawa Fireworks Festival.


The fireworks started around 19:47, and went on for nearly an hour. This finale was around 20:35. The red lights are launching point, eight boats on Yodo River. 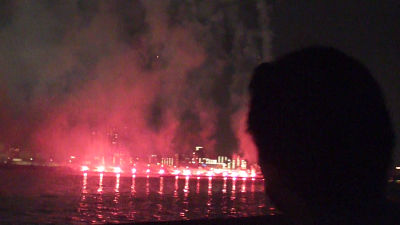 The fireworks went on and on. 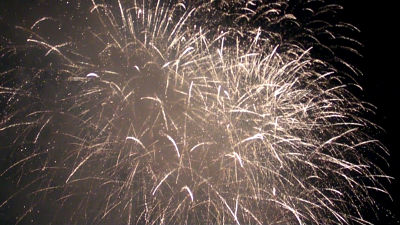 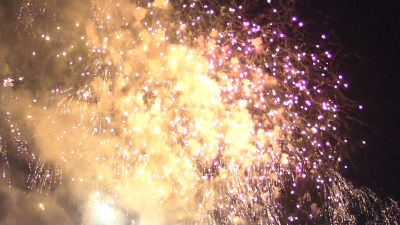 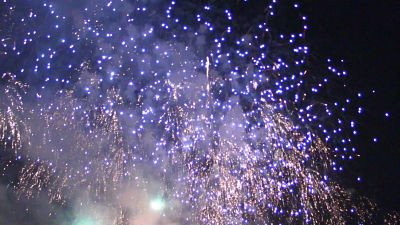 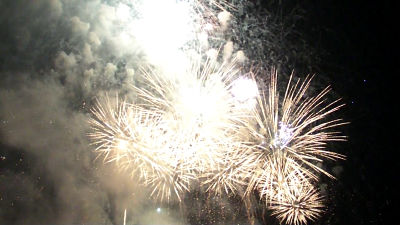 It became so bright in the end we couldn't tell what was what. 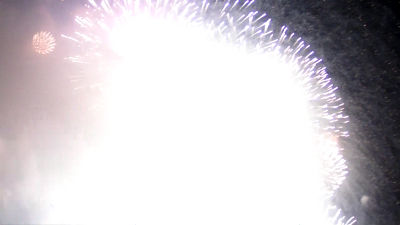