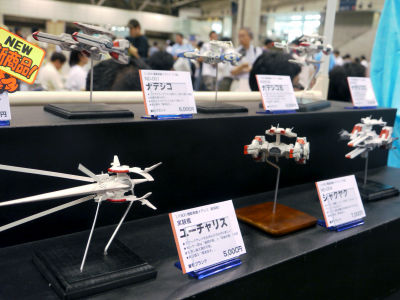 In Wonder Festival 2009[Summer], Kotei Brand exhibited many of space battleships appeared in the anime like naval review. 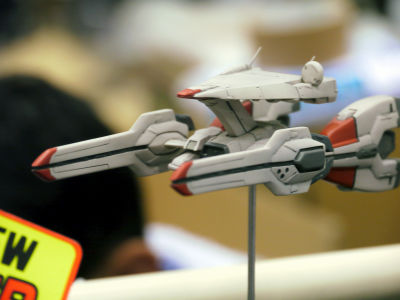 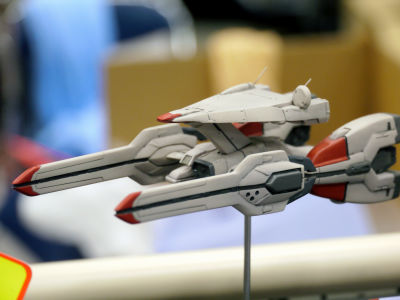 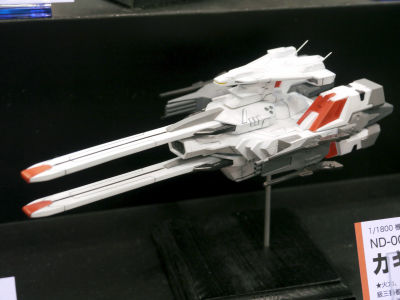 Vertically mounted distortion field generator is the most significant change from its lead ship. 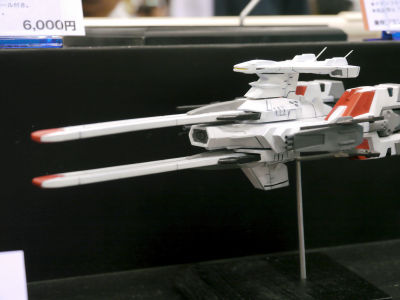 It was much superior to Nadesico in firepower and mobility. But regretfully it was beaten by saturation attack of Jovian at Mars. 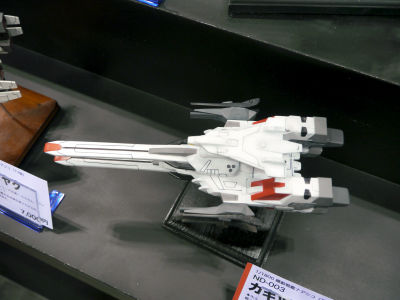 Shakuyaku, the forth ship of Nadesico class. 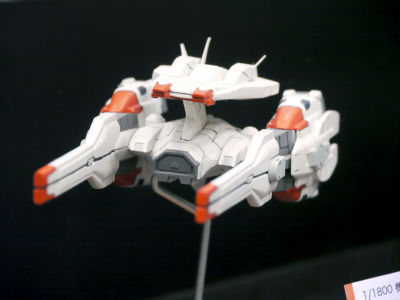 Built at Nergal Industies' factory on Moon but destroyed in Jovian's attack. 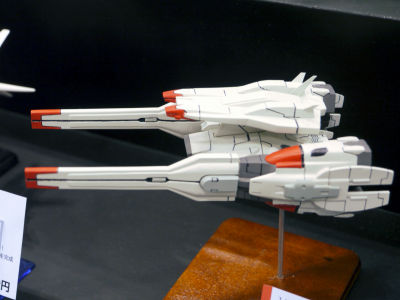 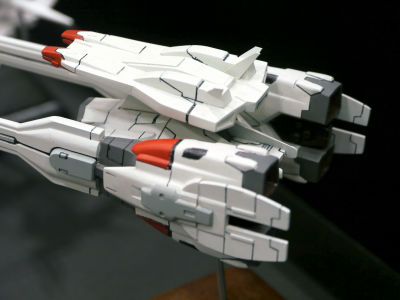 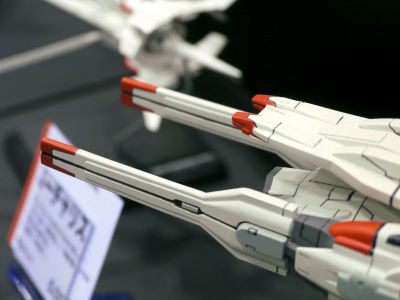 Nadesico B, the 2nd generation of Nadesico class. 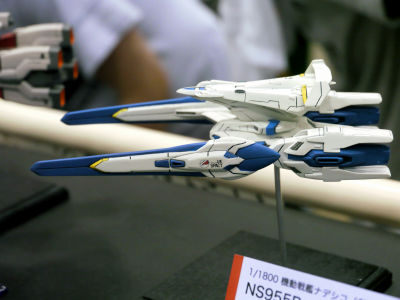 The ship was captained by Hoshino Ruri in theatrical movie. 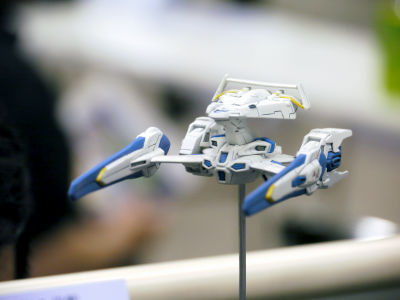 Basically red and white are used in Nadesico class, but Nadesico B has blue coloring. 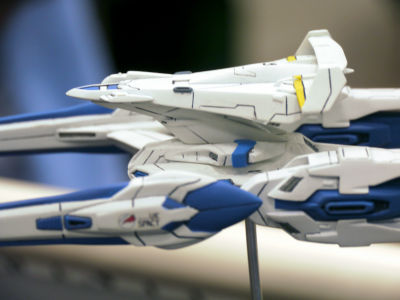 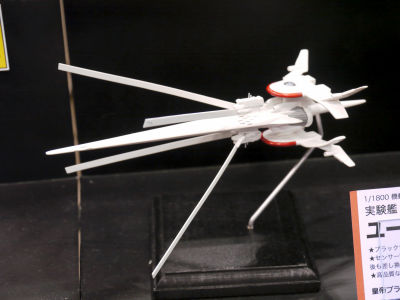 One-man operatable space battleship. It's Earth made but much Jovian technology is used in the ship. 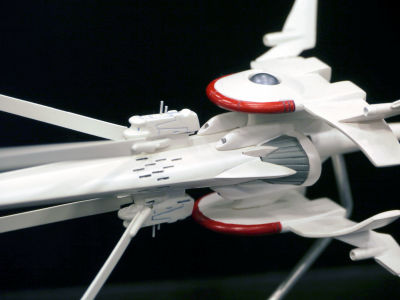 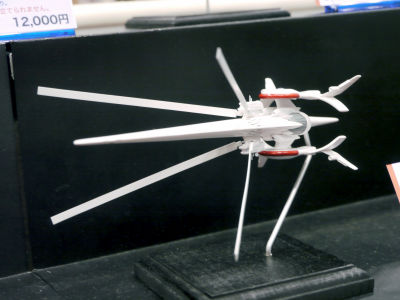 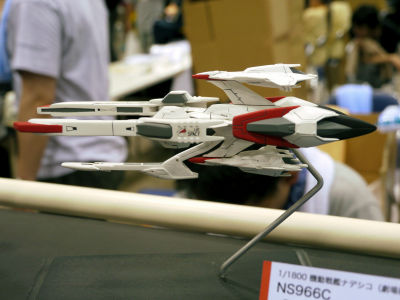 Based on data from Nadsesico B and Eucharis, the ship has nearly perfect one-man operatable system. 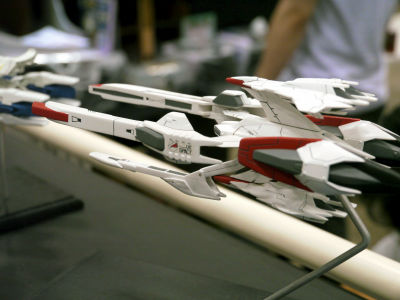 It has only one Gravity Blast Cannon, but has heavy electronic warfare device which easily hack in to opponents' system and override it. 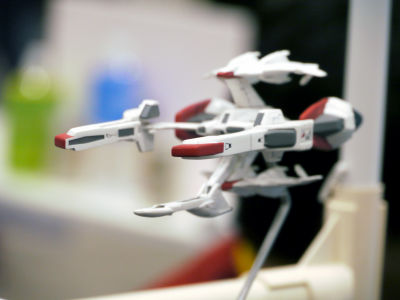 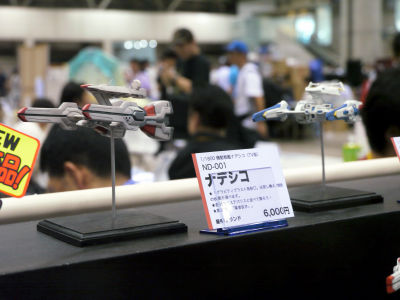