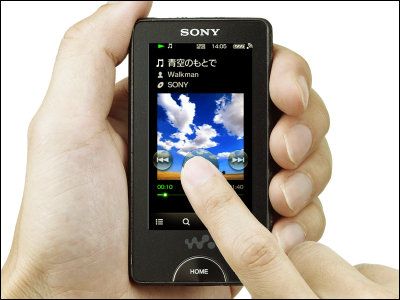 Since HTC released world's first smartphone with Google Android operating system last September, Google phones are on their way to dominate the world's cell phone market, and lately Acer announced Android netbook. And now a portable music player with Google Android is on its way.

It became clear that SONY's Walkman will be running Android OS in near future. The Linux-based open-source OS is expected to allow them shorter development period on lower budget, to achieve price competitiveness against iPods and other competing products in the market.

According to Japanese industrial newspaper Nikkan Kogyo Shimbun, Sony is to release new Walkman models with Google Android OS as early as 2010.

Taking advantage of open-source operating system Android, they're aiming to shorten the development time as well as improving its operability, to compete against their archrival iPod, front-runner in the portable music player market.

Sony is also working on standardizing the software platform between Walkman and their "nav-u" GPS line, which means "nav-u" will be adopting Android OS as well. With Google phone by Sonny Ericsson also due within 2009, seems like Sony's embracing Android full-on.