"Melancholy of Haruhi Suzumiya" to start airing "afresh" from this April 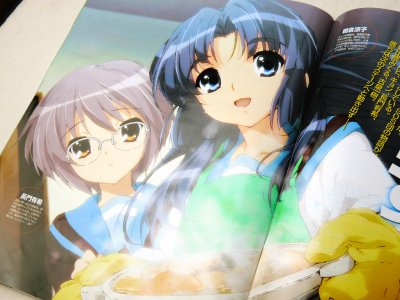 In prior article, we wrote that the 2nd season of "Haruhi" to be on air, based on the headline shown on TV ad of Newtype magazine. But no official announcement has been made since.

Bad news goes on. According to the article of J-CAST(Jp), Japanese news site, anime industry officials told that there will be a rerun of the 1st season but no new episodes.

There seem to be no possibility. But there still is a hope. The actual issue of Newtype says nothing about "RE-BROADCASTING", they are using the word "start airing AFRESH", which seems to be there's more than the repetition, something new or changed.

*Spoiler Alert*
There may be a detail of the plot in the following articles.

Cover of the Newtype March issue. The headline has changed a little from one on the TV ad. 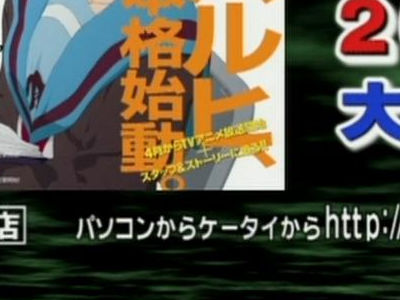 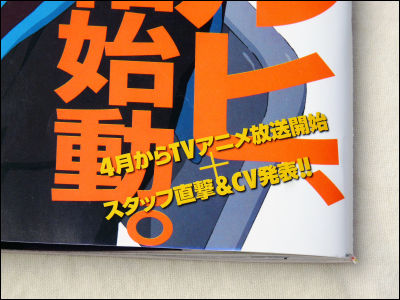 The visual of Ryoko Asakura and Yuki Nagato with eyglasses 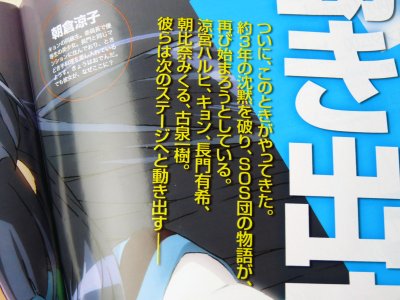 Yasuhiro Takemoto, an anime staff involved in "Haruhi", a spin-out "Haruhi-chan" and "Nyoro~n Churuya-san", told "What!? Well...eh...working on..." about the going of the animation. As you can see, there's no clear saying of "Re-broadcasting of the 1st season". And the visual given was long-haired Haruhi, Yuki Nagato with eyglasses, Ryoko Asakura with oden and so on, who are the characters appearing in "The Vanishment of Haruhi Suzumiya" which is the base novel for the 2nd season anime.

From those evidences, we can say that the officials might have adopted the teasing strategy of not telling the truth till broadcasting of the 2nd season. Of course there are possibilitys that Newtype had gone too far or Kyoto Animation had made some minor changes on their press releases. But we do want to believe the coming of the new series.

It has been a year and a half since the announcement of the sequel and not all the fans keep patience with the long silence like this.

GIGAZINE - Artful Ascii Arts of “Suzumiya Haruhi” and her company.