It has been 10 years since the original anime ``

PSYCHO-PASS Psycho-Pass '' was broadcasted in the first season of TV animation, and it was announced that the `` 10th anniversary project '' will start in October 2022. In addition, as the latest work in the series, the production of the movie version has also been decided.

This was announced at the special live broadcast program commemorating the 10th anniversary of 'PSYCHO-PASS'. Tomokazu Seki, who played Shinya Kogami, was absent due to a fever, and Kenji Nojima, who played Nobumoto Ginoza, proceeded with the program alone.


The '10th anniversary project' is based on the theme of 'gratitude', and various projects are being prepared for the fans who have supported them so far to enjoy the world view of 'PSYCHO-PASS Psycho-Pass'. . Tomokazu Seki, who plays the role of Shinya Kogami, will be appointed as an ambassador. The 10th anniversary PV has also been released.


And the production of ' PSYCHO-PASS PROVIDENCE theatrical version ' has been decided as the latest work in the series. The released teaser visual depicts Akane Tsunemori and other members of the Public Safety Bureau's Criminal Division, and Shinya Kogami and other members of the Ministry of Foreign Affairs' Overseas Coordination Bureau Action Division. The director is Naoyoshi Shiotani, the animation production is Production IG, and the distribution is Toho Imaging Division. By the way, Ginoza, played by Mr. Nojima, who was in charge of progress, had the nickname 'Ponichika' when his hairstyle became a ponytail, but this time it was a dumpling head. In addition, the radio 'PSYCHO-PASS Radio Public Security Bureau Criminal Division 24:00', which was broadcast in conjunction with the first season of the TV anime 10 years ago, will be revived for a limited time. Along with the nostalgic corner, we will deliver the latest information on the 10th anniversary project. The personalities are Shinya Kogami, Tomokazu Seki, Nobumoto Ginoza, Kenji Nojima, and will be updated on the second Friday of every month from September 2022 on the Internet radio station [Onsen] and Spotify. PSYCHO-BOX ” and “ PSYCHO-PASS for Sugotoku ” will have a special page for the 10th anniversary, and a lot of FC-exclusive content will be distributed. It is also decided to sell goods using limited illustrations. In the radio mentioned above, 'FC frame where someone's letter is always adopted every time' will be set up. From August 16, 2022 (Tuesday), a birthday campaign for all 13 characters, starting with Shinya Kogami, will be held, and goods and menus using Chimi character illustrations drawn by Yupon will appear. 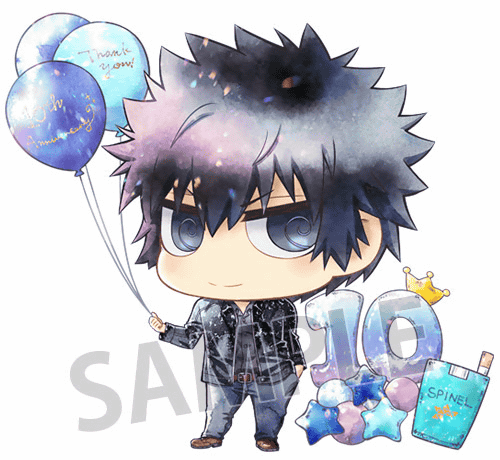 PSYCHO-TOUR in Loft ” will be held. Main visual products for the 10th anniversary project and Kogami illustration goods drawn by character designer Naoyuki Onda will be on sale. 'PSYCHO-PASS psychopath' -ONLINE EXHIBITION- will also be held. This is an exhibition that anyone can see via a browser, and it is said that the famous scenes from the first to third TV series will be exhibited and goods using newly drawn illustrations will be sold. The period is pre-opening from Friday, December 2, 2022 to Friday, December 16, 2022, and grand opening from Monday, December 19, 2022 to Tuesday, February 28, 2023. 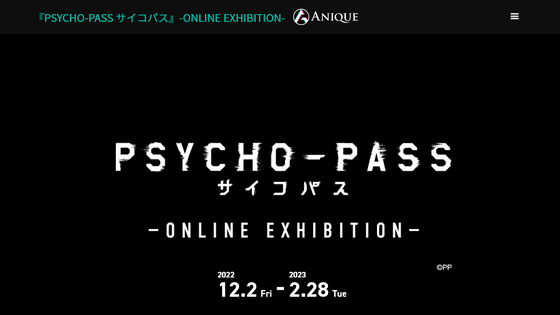