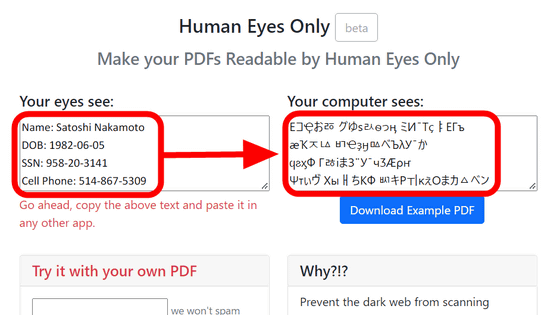 The PDF (Portable Document Format) file format released by Adobe in 1993 is 'You can save the print layout as it is', 'You can view and print it regardless of the OS or PC environment such as Windows, Mac, Linux', 'Security' It has the advantage of being 'configurable' and is widely used, but the text in the PDF file can be easily copied. ' Human Eyes Only ' is an attempt to convert the text of a PDF file into a special font so that only humans can read it, and the beta version is released for free.

The English text displayed on the left side of Human Eyes Only looks like normal text at first glance, but it is actually displayed in a special font. Copy this English text ... 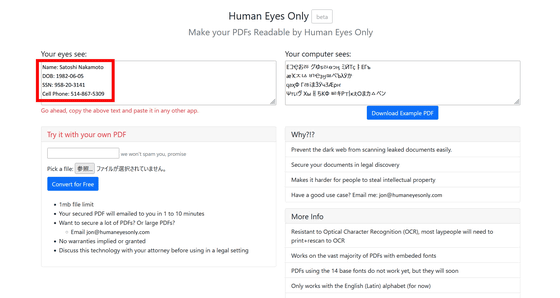 When you paste it in Notepad, it looks like this. The original text has been converted to a completely unknown string. 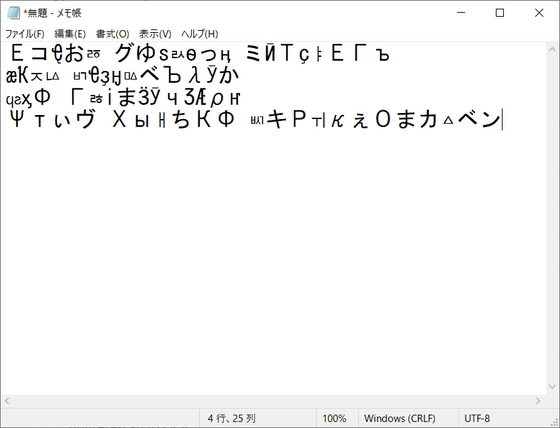 In addition, Human Eyes Only has uploaded a sample (PDF file)

document file . The contents are as follows, a document summarizing cyber security. I will try copying the text on the first page. 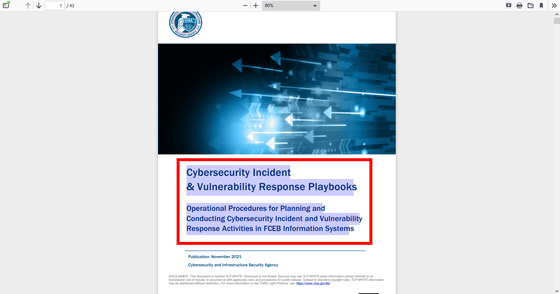 The place where I pasted the copied text as it is into Notepad is as follows, and it was also converted to an undecipherable character string. 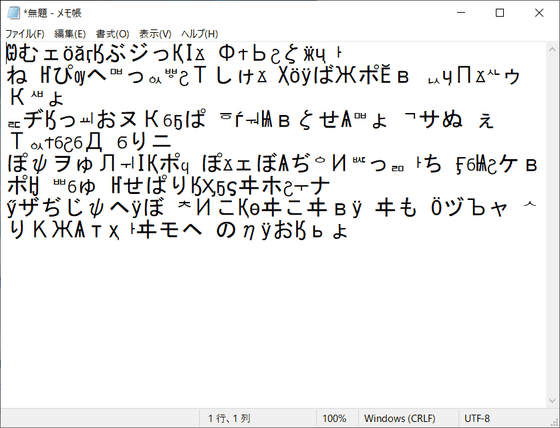 Human Eyes Only states that it is developing fonts for HTML.