Implemented an 'unmention' function that allows Twitter to exit conversations 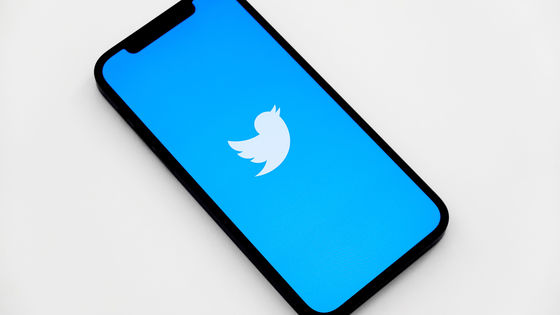 On Twitter, tweeting to another user is called a 'mention.' However, once mentioned, many people find it annoying to be mentioned because they will be notified over and over again as long as the conversation continues. Therefore,

it has been reported for a long time that Twitter is testing the 'get out of conversation' function to unmention, but this function has finally been implemented.

The unmention function that unmentions implemented on Twitter was announced by Twitter Safety , which updates Twitter's safety measures tools.

Sometimes you want to see yourself out.

Take control of your mentions and leave a conversation with Unmentioning, now rolling out to everyone on all devices. Pic.twitter.com/Be8BlotElX

To use the unmention function, tap the three-point reader in the upper right corner of the tweet you mentioned. 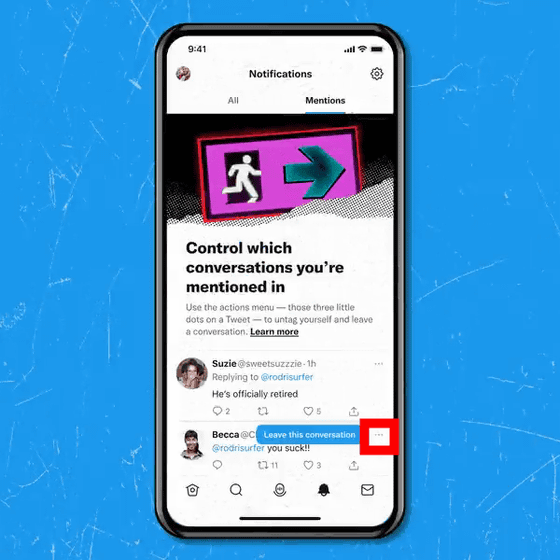 Select 'Leave this conversation' from the displayed options This will untagged your account. Unmenting removes the tag from the username, making it impossible for other users to jump to the profile of the user account that they unlisted from the tweet. According to Twitter, unmenting will remove the tag for your account from the original tweet and subsequent conversations, although the username will remain. Also, after unmentioning, it is not possible to mention to the user in conversation. In addition, it seems that conversation notifications will stop after the unmention.