redistributes wealth through tax collection, social security systems, public works projects, etc. in order to close the income gap between the rich and the poor, but the method of redistribution is 'unequal' and 'fair.' There is also a tendency to complain that it is not. In a new paper published by research teams such as British artificial intelligence development company Deepmind, University of Exter, and University of Oxford, 'AI-created wealth redistribution system' received more support than human-made systems. It was shown that

AI Seems to Be Better at Distributing Wealth Than Humans Are, Study Hints
https://www.sciencealert.com/ai-could-be-be-better-at-distributing-wealth-experiment-suggests

The research team conducted an investment exercise called ' Public Goods Game ' to evaluate an AI agent named 'Democratic AI'. In a public goods game, you decide how much money you have in a 'public pot' and redistribute it to each participant with interest. The research team asked human subjects to play a public goods game with three human-developed redistribution systems and HCRM, and evaluated which system was the most preferable. As a result, it turned out that HCRM is more popular than the redistribution system devised by humans. 'AI has discovered a mechanism to correct the initial wealth imbalance, sanctioned

free-riders , and succeeded in winning the majority vote,' the research team said.

The results of this study suggest that AI can be a useful tool not only for solving problems related to physics and biology, but also for open-ended issues such as the realization of a fair and prosperous society. 'We can use democratic means of consensus building to match values, similar to those used in the election of representatives, public policy decisions, legal judgments, etc. It shows, 'said the research team. 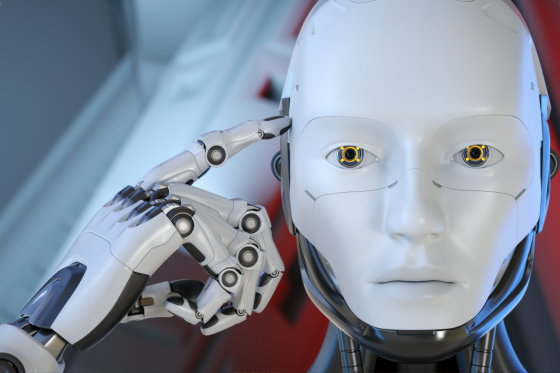 The research team also points out various problems with the democratic AI announced this time. First, because 'value matching' in democratic AI is based on a majority vote, there is a danger that AI will exacerbate these problems if there are inequality and prejudices that are supported by a majority vote in the first place. There is. Also, in the experiment, the player was not told that 'HCRM was devised by AI', but if this information was given, it is possible that the voting behavior changed due to distrust of AI.

'We are not expressing support for a form of'AI government'in which autonomous agents make policy decisions without human intervention,' the research team said of the results. 'Democratic AI is potentially beneficial. It's a research methodology for designing various mechanisms, not a recipe for deploying AI in public places. '